Selby College was delighted to hear that former Catering student Kurtus Auty was appearing in episode 7 of the new series of BBC Two’s MasterChef: The Professionals which aired on Tuesday 19th November.

Three years after leaving Selby College, Kurtus, 21, has been most recently based at the London restaurant Pucci in Mayfair where he was Head Chef. Kurtus’s menu saw influences from many countries surrounding the Mediterranean Sea, with Italy, Turkey and Lebanon at the forefront. He is passionate about using British produce where possible and supporting a number of small independent suppliers.

He landed his first job after college at Gordon Ramsay’s Mayfair restaurant Maze as Demi Chef de Partie, before heading to the Michelin star restaurant Pétrus in Knightsbridge. Kurtus also worked for the chef in Bordeaux, France at Le Pressoir d’Argent.

Selby College Lecturer in Hospitality & Catering Liz Brighton said: “We are so, so proud of him and what he has achieved, he deserves all the recognition he gets for being so hardworking and dedicated to what he is clearly passionate about.”

She added: “Kurtus said he was really pleased with how the dish went and the judges seemed happy too. I told him not to tell me anymore as I couldn’t promise to keep quiet about it all!”

The former Level 2 Diploma in Professional Cookery student collected a string of awards during his time at Selby College, including finalist in Young Seafood Chef of the Year and the titles of Yorkshire’s Best Young Chef at the Golden Apron and York Food & Drink Junior Chef. Kurtus also got to work alongside Pipe and Glass’ Michelin-starred chef James Mackenzie creating an award-winning range of ‘roasts with a twist’ for ASDA stores. He was presented with a Worshipful Cooks Company Livery Award and the City & Guilds Medal for Excellence in 2017.

Selby College Principal Phil Sayles added: “Kurtus is a tremendous credit to the College and we can’t wait to watch him progress on the BBC’s MasterChef: The Professionals. His progression in the space of a few years is such an inspiration to all of our students and we are excited to follow his career and see where it takes him next.” 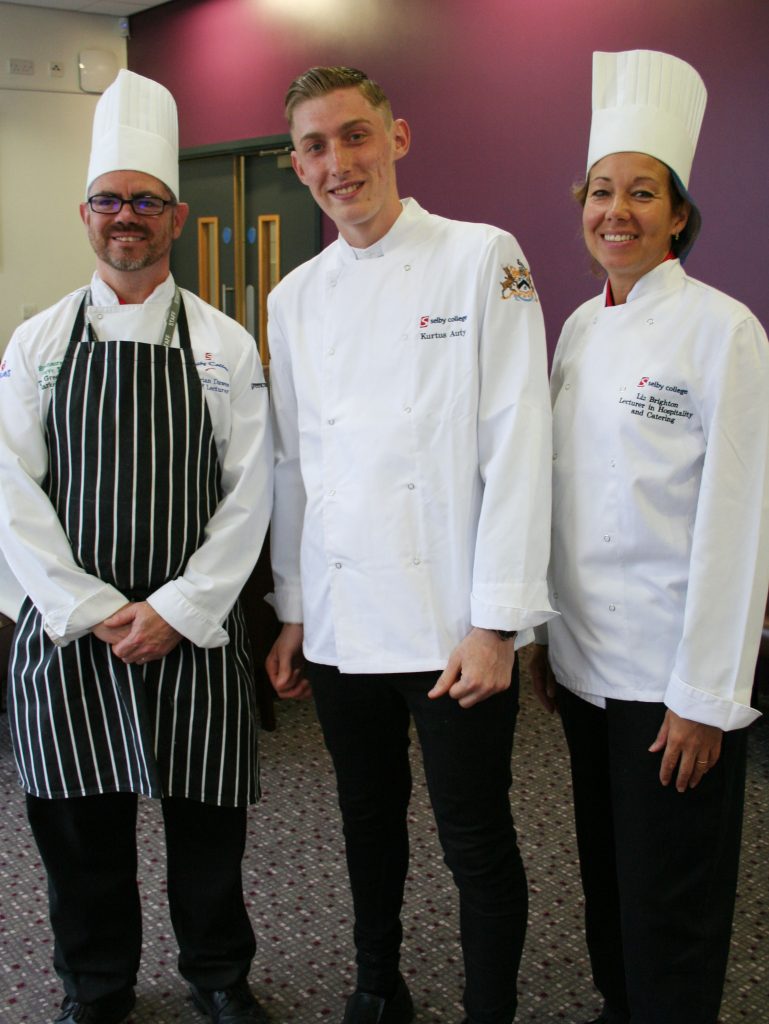 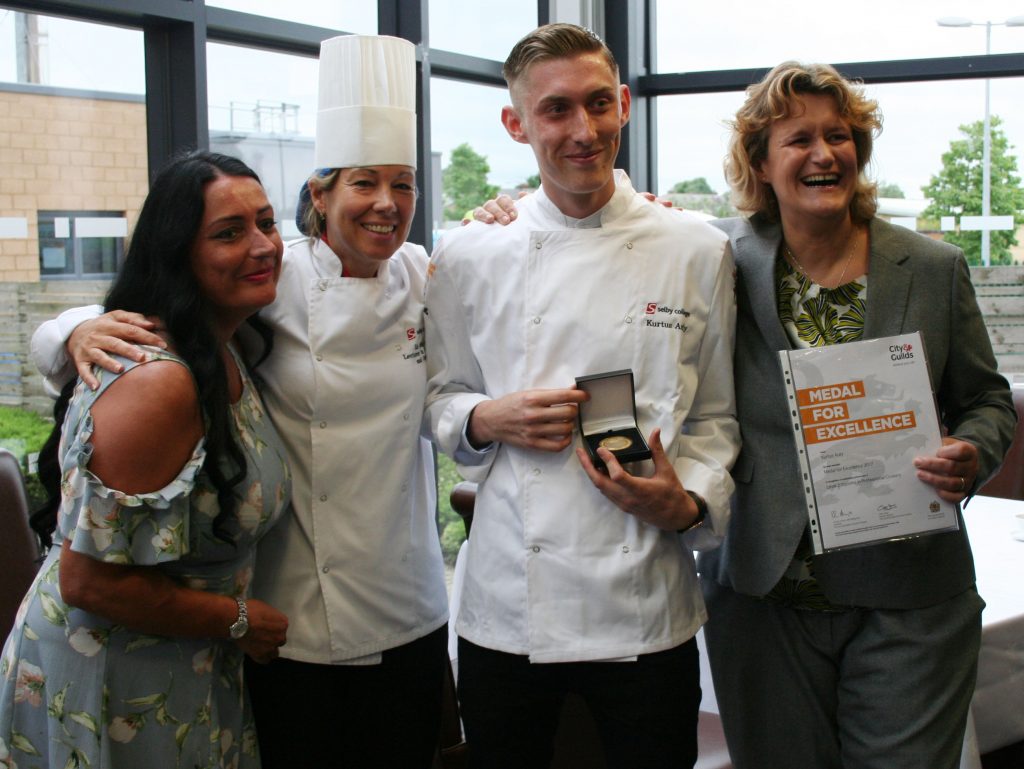