You are here: Home / Meet the Chef – Chris Smith

Ahead of our much anticipated visit to The Bay Horse this coming February, we decided we couldn’t wait to meet the man behind the magic and spoke to head (and only) chef Chris Smith who
wholeheartedly manages the pub with his partner Chrissie.

Born and raised in a Sheffield pub with food enthusiasts as parents, you would think the road to culinary success would have been easy for Head Chef Chris Smith. But when we spoke to him earlier this year we found out that his journey was certainly not a straight path by any means.

Chris vividly recalls fond memories of his childhood, his most cherished being his mother’s home-made cooking (rabbit stew and corn beef hash to name a few), and spending days in the field with his father, a country man, shooting and fishing by the lakeside. He learnt basic cooking skills from his mother and at night would dutifully help clear glasses off the bar in their family run pub, The Crossfield Tavern in High Green – a notorious drinking spot for Arctic Monkeys at the time!

“A lot of my childhood was spent helping out in the pub when I was very young. I was that spotty kid on the edge of the bar collecting people’s glasses!”

After his parents had owned the pub for an impressive 30 years, they decided to make the Crossfield Tavern a managed house ahead of their retirement. Chris was turning 18 at the time and was old enough to jump straight into bar work, which he took by the horns.

“At the time there were three different levels of bar work: bronze, silver and gold. As I had already been working on a bar throughout most of my childhood I went straight to gold.”

Chris proceeded to gain experience in many bars across Sheffield and Rotherham. However, something was missing and he desired to get into a business that was more food-driven.

Chris landed a job at The Millstone in Tickhill, which at the time was starting to lose business in the food sector. He saw the pub was struggling and he wanted to help out if he could, so he took it upon himself to start a chef course at Granville College, (now known as Sheffield College) for three nights a week on top of his bar job.

“When first registering for the night school at Granville College I was laughed at by the course leader. He told me there was no way I would be able to pass, and that it was too difficult, impossible even!”

Hearing these negative comments would be enough to discourage most people, but Chris never had any doubt in his mind and went on to pass the two-year course and qualify as high standard sous-chef.

Upon passing his exams Chris then went on to work at The Drawbridge in Rotherham which was a booming business for food in the 90s – serving up to a staggering 2,000 meals a week. Within nine months of hard work Chris was eventually promoted to sous-chef and stood out so brightly from the rest that he surpassed people who were already in line for the position before him.

When he was 22, Chris started his adventure in the Big Smoke – Claridges in London. At the time this was one of the restaurants owned by Gordon Ramsay and as you can imagine, had high expectations.

“Work was hard; we would start early and finish late, but it didn’t stop there. We would party after every shift and repeat the same routine all over again the next day. What a year that was!”

Chris spent his whirlwind year at Claridges cooking for the likes of Bono from U2, Trevor McDonald and many other stars. He confessed that Gordon Ramsay himself would often come into the kitchen and give his trademark rollocking to the team.

The restaurant was a fancy affair and when stock was delivered they saw black truffles imported that were worth up to £8,000 per batch.

As much as he loved working in London Chris admitted he began to get a little homesick after a while.

“In London I started to miss Yorkshire and my family. When I eventually came back I applied for and secured my first general manager job of The Castle Hotel in Lincoln where I worked for five years.”

Chris moved on to work at the Brewer’s Arms Hotel in Snaith with current partner of 15 years Chrissie Smith. There they ran the hotel together for 10 years.

Last August Chris’ health took a turn for the worst as he suffered a bleed on the brain and had to take six months off to recover.

“I consider myself very lucky to have recovered like I did. What happened to me was similar to having a stroke; I had to basically learn to walk all over again. At first I found it hard, I could barely walk and ended up putting on weight because of it. I had a life-changing intervention at a doctor’s appointment where I was given some valuable advice and began to make changes in my life for the better. Towards the end of my recovery I was walking up to six miles each day and had shifted the weight. I now couldn’t be happier.”

With his illness behind him Chris told us that he often ‘pinches himself’ realising how lucky he is. When he and Chrissie began managing the Bay Horse in March this year, they couldn’t wait to get it up and running, and dedicated a lot of time and money into a full refurbishment, making it their own.

Locals have come to love Chris and his flavoursome food, rating him five stars across the board. His specialities are his seafood and steak, which he expertly cooks with locally sourced herbs and fungi that he forages for himself. His gravy, commonly referred to as ‘black gold’ has also caused quite the frenzy in the area, with many regulars requesting that he sell it to them to take home!

Even though a carvery is not Chris’ particular favourite thing to eat, the one he cooks every Sunday has become very popular.

“I just can’t wait to bounce out of bed when Sunday comes round. It’s a great day for trade and the customers love it. After years of management I am in a very good place now that it’s just myself and Chrissie at The Bay Horse running things together. I couldn’t be happier with how things are going.”

Chris’ favourite part of the job is cooking seafood, and he regularly infuses flavours throughout whatever he can. Mussels are his forte, which he finds easy and enjoyable to cook. If someone were to cook for him he said his ideal dish would be a plainly cooked sea bass fillet with crispy skin, served with udon noodles in a broth.

Aside from cooking, his other passions include going to watch Sheffield Wednesday with his son, watching horse racing, and spending time with his adopted family.

There are many exciting events coming up at The Bay Horse, including a mussel festival in January. Contestants take part in a mussel-eating competition where they have three minutes to see who can eat the most – £10 an attempt if you’re up for a challenge! There will also be a party on New Year’s Eve, which really brings out the true spirit of Christmas to locals. 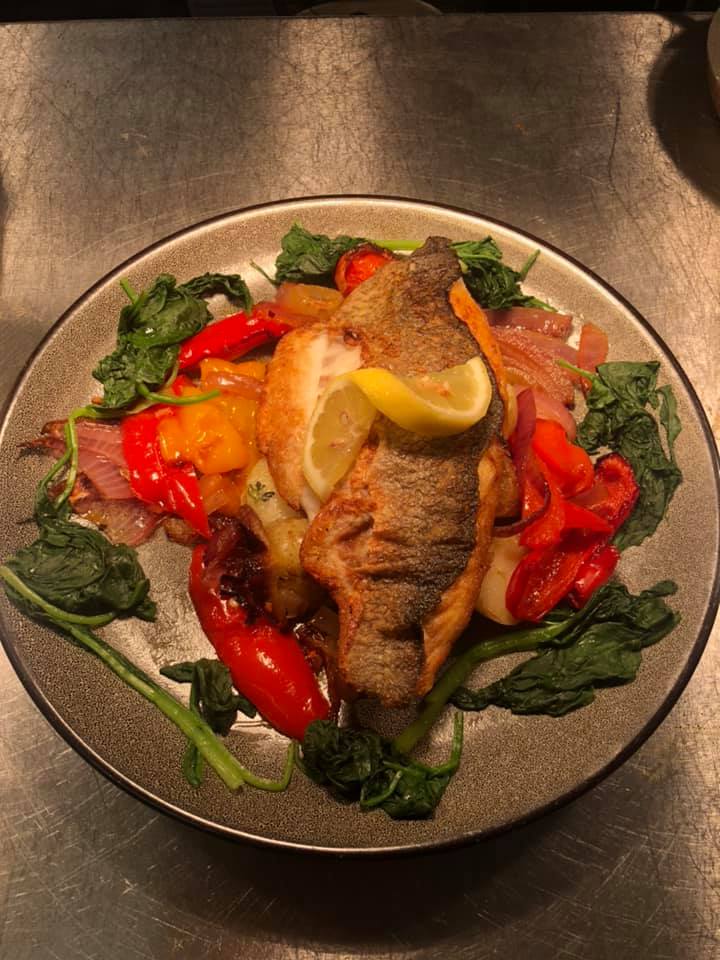 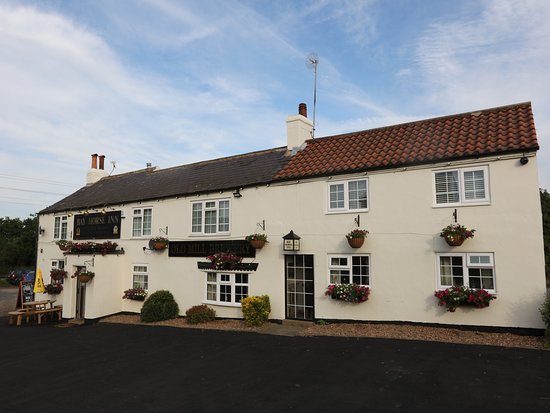 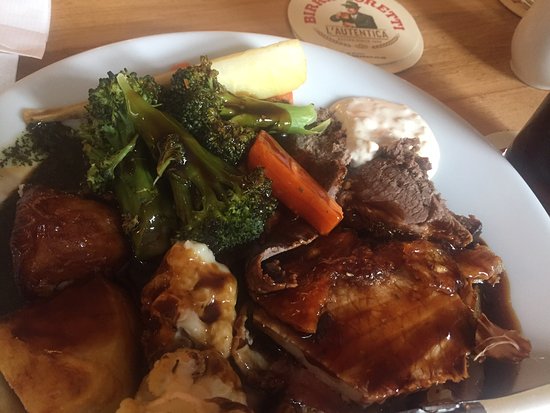 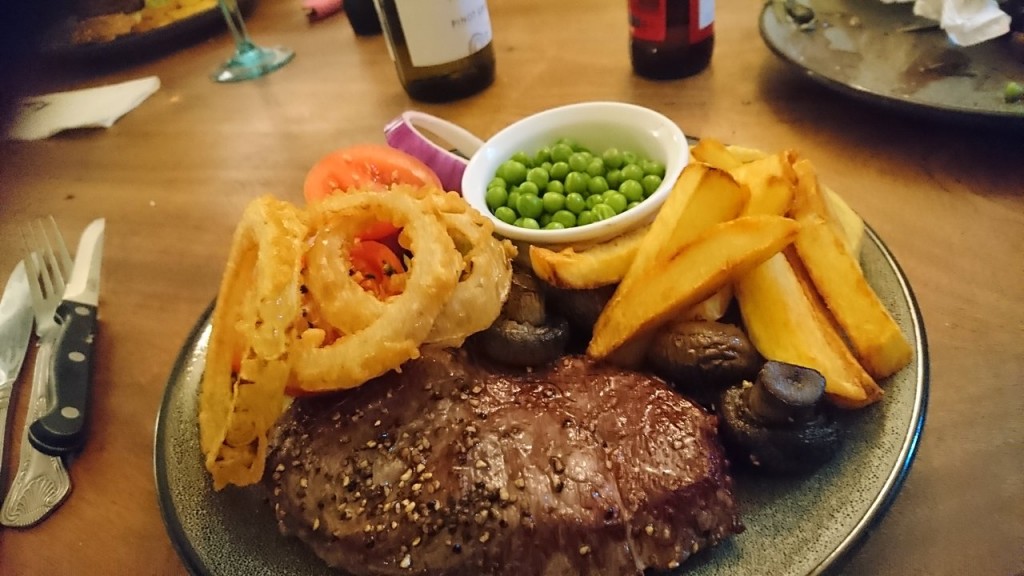