You are here: Home / Meet the Chef: John Brewster

A beautifully restored Grade II listed building, Manor House Lindley opened its doors to the public in 2018 after a large renovation project. Since then it has received rave reviews, and it’s all down to the high-quality dishes that are on offer at the venue.

Situated in Lindley just outside of Huddersfield, Head Chef John Brewster has overseen the growth of the Manor from day one, ever since it was nothing more than a building site. He was invited on board from the very start of the Manor House’s journey, and has not looked back once. We caught up with John to learn more about his route into becoming Head Chef at the Manor.

Growing up with two siblings who both went onto to be doctors, the family’s expectation of John was that he would follow suit. However, after realising he loved being in a kitchen environment, John decided he would make a route for himself in the cooking industry.

“As a kid I actually wanted to be a lawyer! Both my siblings went on to be doctors in their own fields and it was kind of an expectation I would go into a similar profession but what can I say? I fell in love with the kitchen, the food, the camaraderie and hotels.

“It can be a tough environment at times, don’t get me wrong, but the underlying togetherness, focus, drive, passion and fun you see every day makes it an absolute pleasure. Manor House really does set a fantastic precedent for the industry incorporating all of these things.”

John has always prioritised bettering himself as a chef, often having to move around the UK in order to work to the best of his abilities. With a number of family members in the Lake District, a young John made the decision to move to the Samling Hotel in Windemere, coinciding with a period of time where the food scene in the Lake District was ‘exploding.’

From this point onwards, John worked his way round various chef roles receiving a number of accolades on the way.

“Early on in my career I worked for a corporate group of hotels before wanting to really push on and better myself as a chef. I have quite a lot of family in the Lake District and the food scene there was just starting to explode with the likes of L’Enclume leading the way. I moved to The Samling Hotel Windermere as a commis before being promoted to chef de partie. We were awarded 1 Michelin star and 3 rosettes from the AA, before moving home to the Devonshire Arms at Bolton Abbey, again to further my skills under Steve Smith.

“After 12 months we were again awarded one star and four rosettes. There I worked under several head chefs each with their own individual style from the quite traditional but exemplary Adam Smith to current head chef Paul’s more natural, modern approach, utilising the kitchen gardens to their full potential. Constantly pushing to produce some truly excellent food is something I’ve brought with me and was fundamental from day one at Manor House.

“I worked my way through the ranks finally leaving the Devonshire group as executive sous chef and overseeing all culinary operations after eight years. When the opportunity to join Manor House came about it was safe to say it was a full building site without a floorboard let alone a lick of paint. It was laid out to me about the vision of what was to be created and with the eye for absolute detail on every single level, I couldn’t help but want to be part of such an exciting project!”

Currently residing in the village of Eldwick just behind Ilkley Moor, John enjoys nothing more than spending time with his family. He will often be found in his garden growing a whole host of products which end up at the Manor House. Now a father-of-two, it seems like a long time ago he was washing pots learning the ins and outs of working in a kitchen environment. Balancing his A levels with working in a kitchen, John told us he quickly learnt what it takes to work as a chef in a fast-paced industry.

“I started like most chefs I think. On the pots, washing up part time, whilst doing my A levels for a large corporate group of hotels. Quickly learning the ins and outs in an industry completely new to me, I just watched in wonder at how the team worked from so many areas to produce food for multiple large banquets and two restaurants, it absolutely blew my mind.

more food prep for the team when the chef floated the idea of becoming a chef – Brilliant I thought, I could actually do it for a job! It was the summer break, I looked into a college course and signed up! The rest is history.”

Despite his well-travelled nature, John is as keen as anyone to make sure produce is sourced locally in Yorkshire. Trying new combinations in the kitchen is something that he also thrives on, guaranteeing quality as well as giving customers a new taste wherever possible.

“We work closely with some fantastic suppliers and local producers to get the best products in Yorkshire. When these guys are phoning you up with this amazing produce you can’t help but get excited! When something is about to come into season we start the planning process, what are we going to do with it? What’s going to make it sing? Have we done it before? No? Great! Let’s give it a go!

“The damson umeboshi is a great example. We had a glut of damsons in summer and it was a case of how do we preserve them? A little research later and we used the Japanese preserve ume, a sour, hard unripe apricot textured fruit not dissimilar to a damson. A year later, hey presto! It is fantastic having the ability to trial and test, sometimes it works, others it does not!”

If you wish to book a place at the Manor House and experience John’s cooking first hand, visit their website: www.manorhouselindley.co.uk 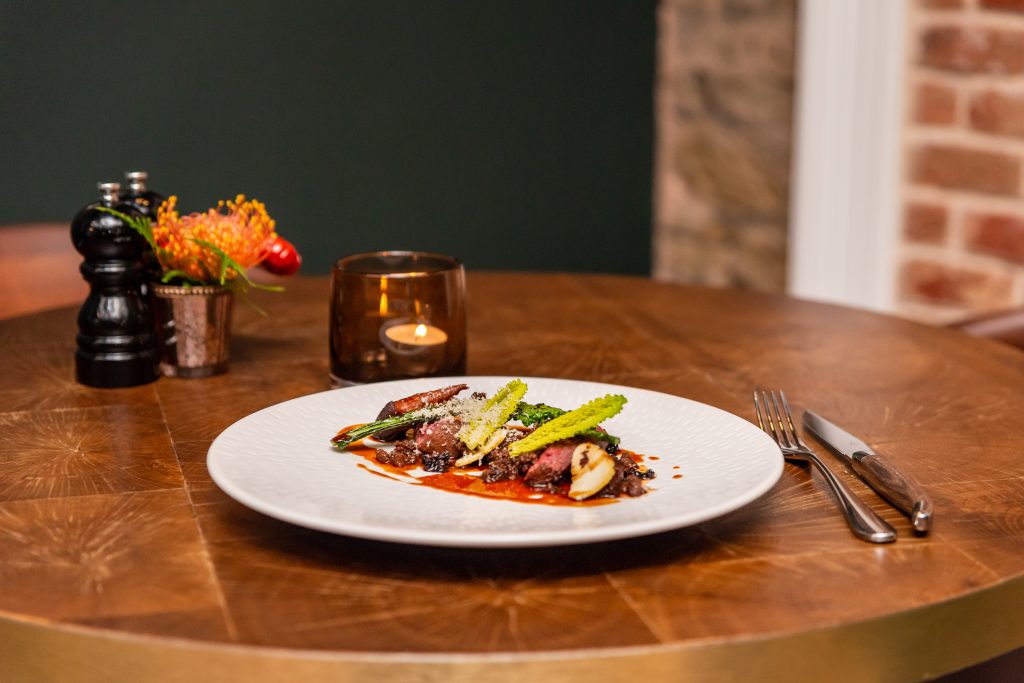 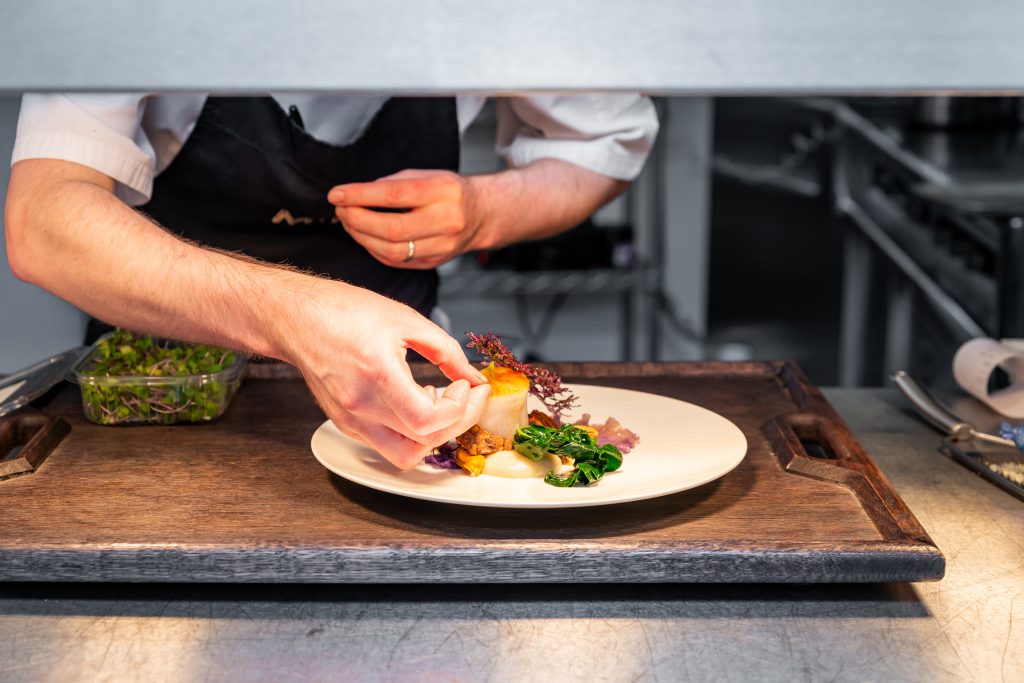 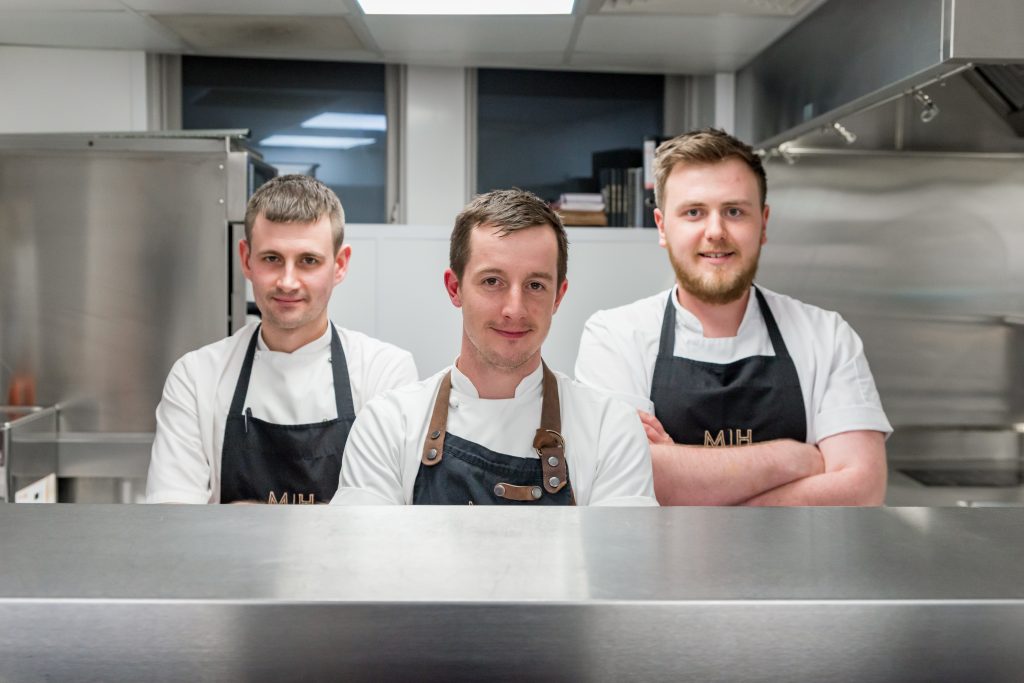 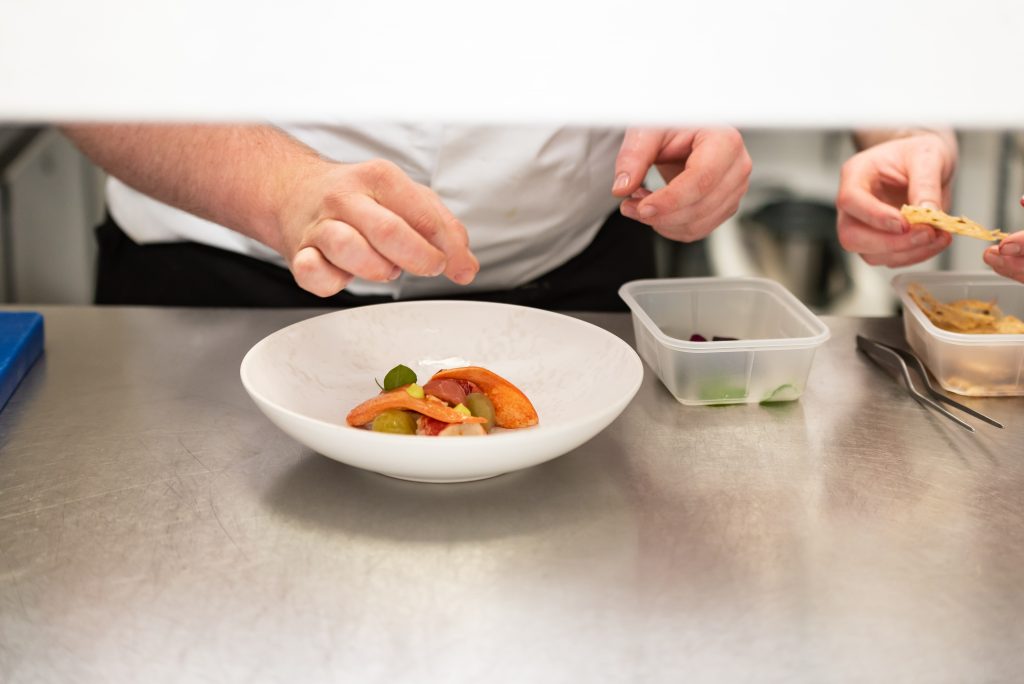 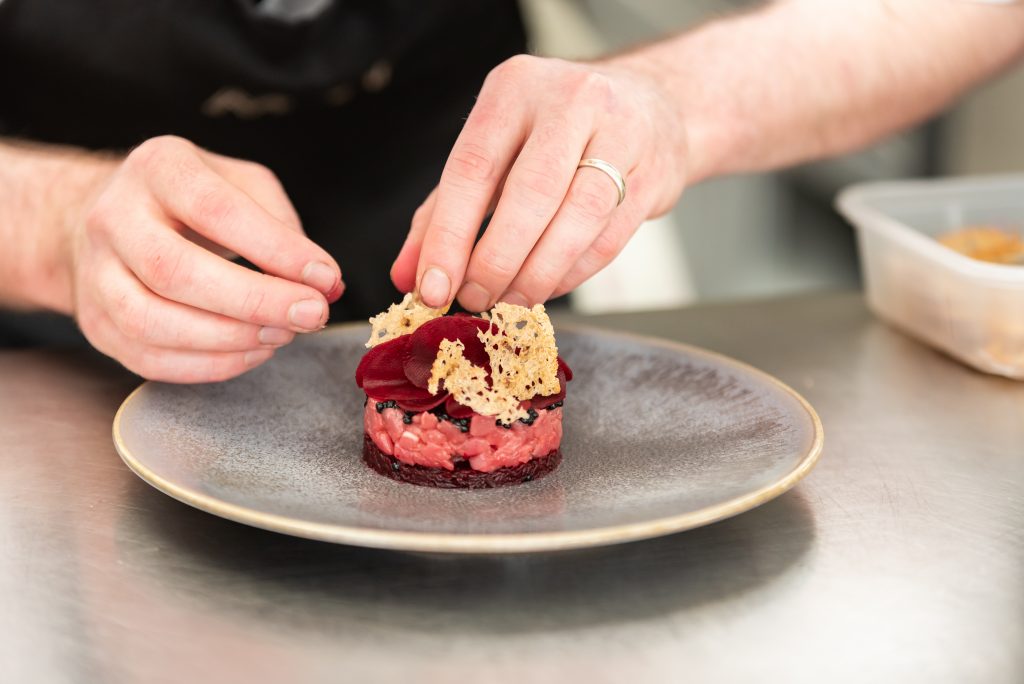