You are here: Home / The Selby microbrewery with a massive taste

The Selby microbrewery with a massive taste

We visited Selby’s Jolly Sailor Brewery to find out about its remarkable range of North Yorkshire ales, and what it means to operate in such a competitive market.

With clean eating and healthy lifestyles the norm for so many of us nowadays, even beer enthusiasts are becoming increasingly particular about the origins of their beverage choices – preferring carefully produced craft beers over additive-packed commercial lagers.

Reflecting this growing trend, less than a year ago the Guardian reported an 8% increase in the number of UK breweries, with approximately 1,700 locations producing their own beer at the time. Operating out of the grounds of the Olympia Hotel, the Jolly Sailor Brewery is one such artisanal, family-run microbrewery contributing its unique brand of ales to an ever-expanding palette of craft beers. We crossed the River Ouse to visit the Brewery’s Selby headquarters, and chat with its friendly, knowledgeable team about craft beer trends and what makes its products special.

At first sight, the Brewery’s Barlby Road workshop is certainly modest in size, but as we were swiftly greeted by Gemma Bishop – the Jolly Sailor’s sales administrator – and brewers Steve Hullah and James Mason, their warmth and genuine passion for the Jolly Sailor’s hop-infused produce was clear to see. This is clearly a brewing enterprise they all take very seriously. Steve would later remark that if all of the nearly 2,000 UK breweries brew a dozen core products, the Jolly Sailor’s alcoholic imprint is quite literally swimming among tens of thousands of craft beers in an incredibly saturated market. But that truth hasn’t negatively impacted on the quality of the Brewery’s output, nor the popularity of its flagship range one little bit, as Gemma said:

‘These are some of the original brews we’ve done ever since the Brewery opened. The Jolly Blonde is definitely our bestseller, and that was the first brew my stepdad ever did here. Perhaps because we’ve been doing it the longest, we’ve perfected that one the most. And people have known it the longest, too, so it really has been selling well. The Bulleye Bitter also does well, and it won the best Pale Amber Award at York Beer Festival last year, so that’s helped its reputation.’

Having been greeted with a complimentary gift set packed with three of the brewery’s flagship beers, you could say we were looking forward to getting home and putting the bottle opener to use – all in the name of efficient journalism of course! The beers in question were:

• Jolly Gold 3.9% – a hoppy American-style Session Pale Ale boasting two powerful US hops: Nugget and Cascade, with a subtle cereal character lent to it from the Maris Otter and Munich malt varieties.

• Jolly Stout 4.5% – a rich beer with dark, roasted coffee notes and a low bitterness from Pioneer and Challenger hops. It’s mashed at a higher temperature to accentuate its diverse sweet, malty and cereal characteristics (and is by far our favourite of the three with a moreish liquorice note contributing to its aftertaste).

• Jolly Bitter 3.8% – this award-winning bitter combines the spicy English hop varieties of Goldings and Challenger to add balance to a sweet, biscuity and caramel malt base.

In light of the meteoric rise in UK microbreweries in recent years, does this indicate that alcohol consumption is the highest it’s ever been? Or are consumers simply more interested in experiencing unique, locally-sourced ales instead of recreational drinking? Between offering us different cask ale samples, head brewer Steve was on hand to offer his thoughts on this:

‘I think it’s a bit of both. People like to have conversations about their beer choices – where they were brewed, the distinctive ingredients that make them up, and the effect that this ultimately has on the taste. Maybe there is a little bit of hipster-like snobbery in it too, though. It’s almost like you have to be seen to be drinking something more unique with a distinct character, in favour of a commercial lager. But every beer and lager has its place, and despite everything that we brew here, I can appreciate why you’d take a box of cheap lager to a barbecue because it might better suit the occasion!’

Considering the brewery’s cheerful, energetic vibe – very much living up to its jolly moniker – it would be fair to say that since the relatively recent additions of Steve and James, the Jolly Sailor has carved out an identity of its own within Selby and the wider North Yorkshire community. And looking to the future, Gemma is enthusiastic about the brewery’s growing product range, and how a tight-knit structure allows everyone to make meaningful contributions to the Jolly Sailor’s development:

‘Last October we took on Steve as our head brewer, and James, as our apprentice brewer, and they’re always looking to try new things. We’ve had some very successful seasonal brews this summer, some of which have been upgraded to core brews and some that we’ll look at offering again for a limited period next year. But both Steve and James have loads of great ideas for the winter. We’re looking to do a Halloween-inspired brew soon, and with us being a small business, we all have a large input into what happens and what we produce.’

In spite of the myriad of hop sacks gathered around the brewery’s mash tuns, a key ingredient of the Jolly Sailor’s many brews is the wholehearted passion both Steve and James share for brewing. Especially the former, as a serious spinal injury left Steve bedridden for three years, though he would find solace by teaching himself the art of brewing during his recovery.

Clearly, his wealth of knowledge isn’t going to waste whatsoever:

‘The creativity in brewing can be harnessed once the brewer understands the basic underlying science, and from there, great beer can be made professionally or at home. Water, which accounts for around 95% of an average beer’s composition, can be manipulated to enhance hop bitterness for styles such as the Indian Pale Ale, or to enhance the palate fullness and sweetness you’d find in Milk Stouts and Coffee Porters.

‘Contrary to popular belief, brewing is around 75% cleaning, 20% packaging, and unfortunately, only 5% of our time is spent tasting our products and chatting to people about it at events and festivals. Hopefully as the industry continues to grow and innovate, we’ll be able to dedicate as much time and passion to enjoying and discussing our beer as we do creating it. Craft brewers like us aren’t necessarily here to replace established breweries, but we are here to challenge the outdated attitudes that big beer has imposed on us.’

Having spent an afternoon at the brewery, it’s difficult to determine what impresses us more: the diligence and innovation with which the Jolly Sailor brew its unique ales, or the warm, welcoming dispositions of everyone in the brewery’s family-like team. Pragmatism and patience will be key to the brewery’s continued success, but armed with real expertise and an honest passion for brewing, it wouldn’t come as a surprise to see the Jolly Sailor begin to make much larger waves in the craft ale sea.

To find out more about the Brewery, and to browse its products online, visit: www.jollysailorbrewery.uk 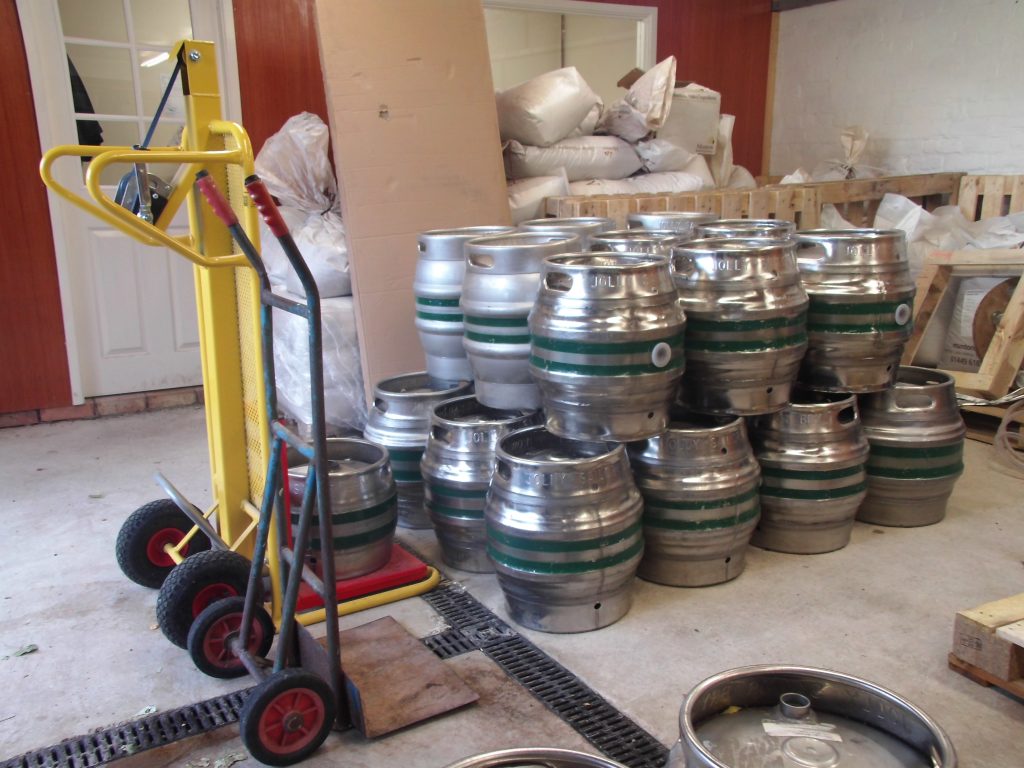 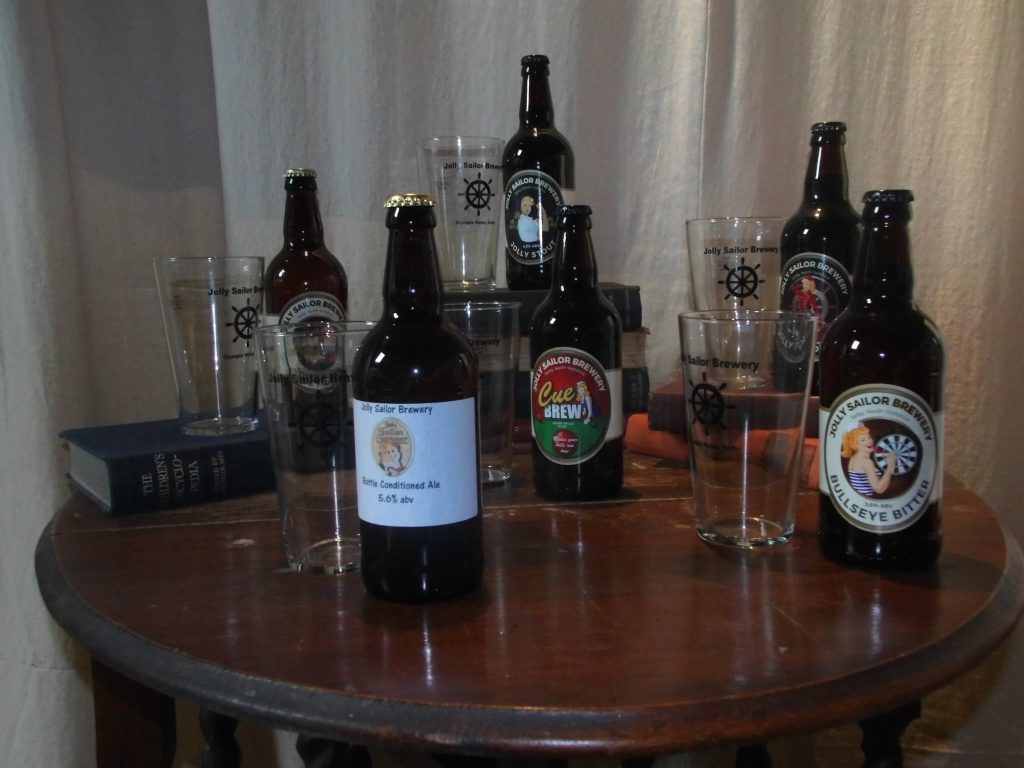 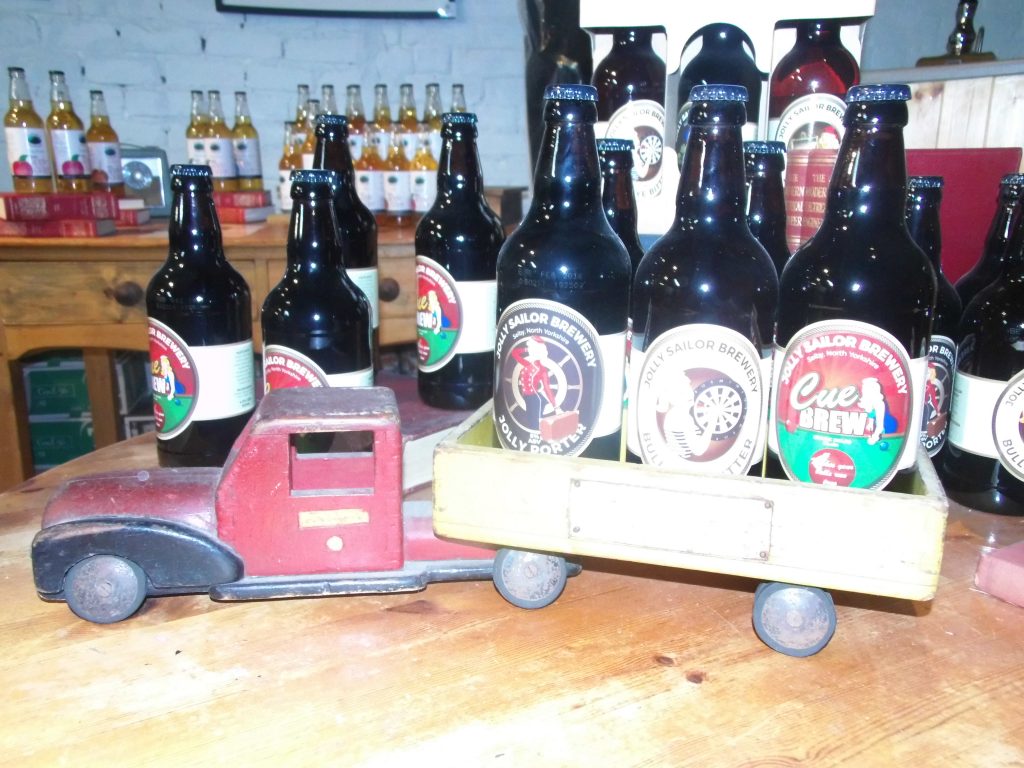 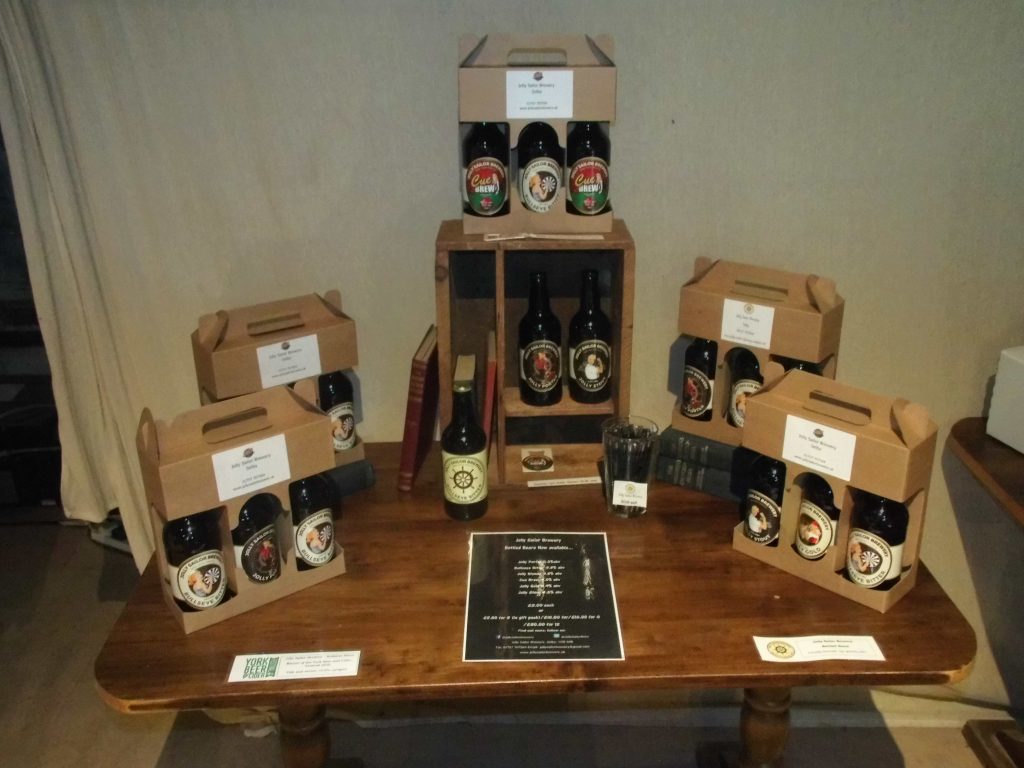 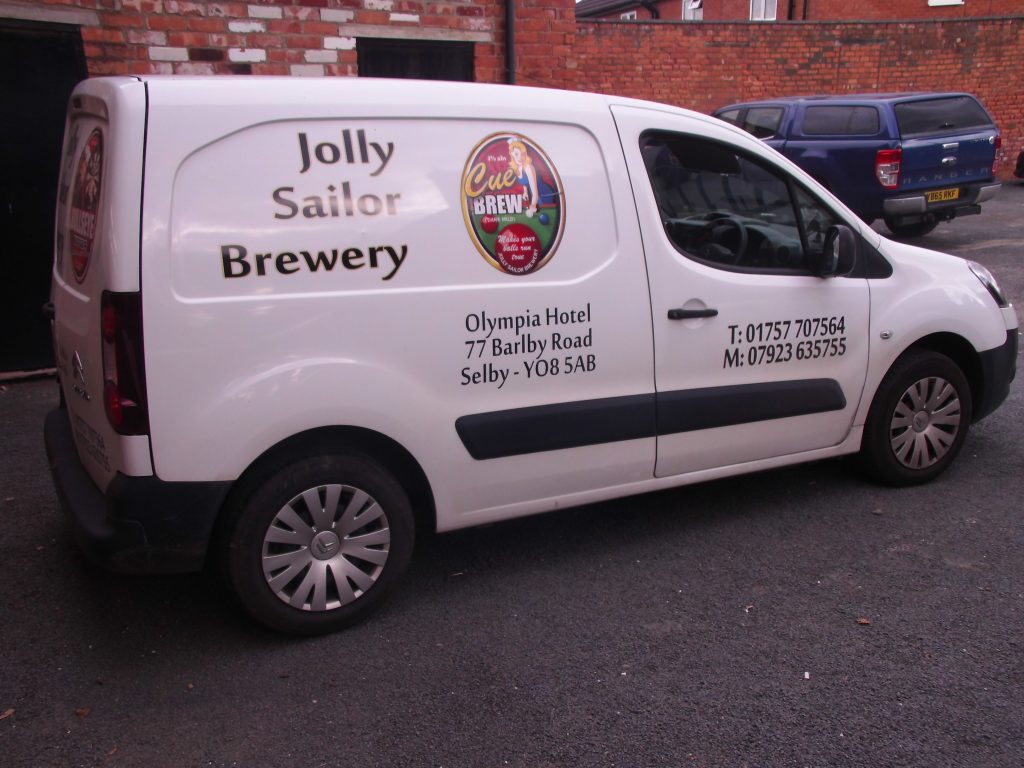