You are here: Home / mark sherry

Following our visit to the newly renovated Adelphi late last year, we decided to speak to the chef behind the wondrous food we tasted on the exciting launch night.

The Adelphi’s kitchen manager Mark Sherry from Bradford didn’t always see himself becoming a chef in the industry. In fact, growing up he had a love of animals and aspired to be a vet – a bit of a contrast to the profession he’s now in!

At 17, he was eager to spread his wings and leave home to become independent, so on a whim he enrolled himself on a college course that eventually saw him qualified in Hospitality and Catering level 1 & 2. The course gave him ‘a taste’ in the cooking industry and after that it was full steam ahead.

At the ripe age of just 20 and fresh out of college, Mark landed his first job as head chef in a nursing home, where he soon began mastering his trade. Other positions have included working in the bakery departments of Asda and Morrisons, being kitchen manager, at a bar in Bingley and working as a sous chef in Bierkeller, an authentic Bavarian beer and food hall.

Mark told us that one of the highlights of the chef industry is the connections made along the way.

“I met the previous kitchen manager, of Adelphi in Bierkeller when I worked there. I have met some great people along the way, and I owe where I am to my house mate, who is also a kitchen manager, and my partner for being understanding about the job that I do.”

Mark works tirelessly throughout the week for an astonishing 50 hours, which sounds ludicrous but is usually quite typical of the demanding kitchen role. He confessed that it becomes difficult at times to concentrate and keep it together but the outcome is always rewarding.

“I enjoy being a chef.. it’s hard to explain sometimes, but I like the creativity and seeing the end product, as well as seeing people’s faces after they have enjoyed their food. I always give 110% because I lead by example, and I like helping other chefs along the way too.”

Due to so many hours of his week being spent in the kitchen cooking, Mark virtually never cooks outside of work despite his house mate and partner asking him to show them some magic. Hesaid: “I rarely cook outside work, I cook for like 50 hours a week, and get paid for it…I don’t get paid at home! (laughing) When I get home all I really eat is sandwiches and pork pies, but I do like cooking fish and pasta dishes when I get the chance.”

It’s a different story inside the four walls of Adelphi’s kitchen though, as Mark and the team cook around the clock, serving up dishes from the impressive menu we tried a few months ago.

Mark is particularly proud of the menu as he helped design it, and told us which dishes he enjoys the most: “I like cooking all of the menu, because it was Chris and I who put it together. But if I had to say one it would be the crispy duck salad, because of the freshness and crunchiness of it. Eating it myself, I would have to choose the sausage and mash or our Sunday dinners.”

Staying professional and loyal to his menu, when asking him what the best item on the Adelphi menu was Mark replied, “I love all the things on my menu. But my other half would definitely say the beer battered fish and chips.: So there you have it!

Mark looks up to several chef stars, including the late and great master chef Gary Rhodes, who he met at a book signing in Bradford. He describes it as “an experience he will never forget”.

Others he claims to be a big fan of include Gordon Ramsay and Gino D’Acampo, both of whom he watches regularly on TV shows, and he has visited Gino’s restaurant in Leeds on several occasions too.
Mark has dined in many restaurants in Leeds, but one he recommends to try is Tattu, a contemporary Chinese restauarant in the city centre. “Me and my partner went there for our 1st year anniversary and were not disappointed. I would recommend any one to try it at least once – the food, the experience, the service and the massive cherry blossom tree in there were all outstanding.”

Although cooking and food might feel like his whole life sometimes, Mark finds time for other hobbies and interests in his spare time, such as playing FIFA on his X-box, going out socialising with friends and collecting Superman memorabilia, which he loves for its Kryptonian meaning of hope.

Mark describes his time at The Adelphi so far as ‘a glorious and sometimes stressful 13 months”, but he wouldn’t change it for anything. “It’s made me the person I am today, and I wouldn’t mind training up to be Area Kitchen Manager here one day. With a lot of hard work, sweat and probably tears, one day I might get there! It’s encouraging to have great support from our regional trainer Lucy, and our General Manager Chris, both who push and challenge us all to be the best we can be.”

We have no doubt in our minds that you will get there, Mark. Keep holding on to that hope you have! 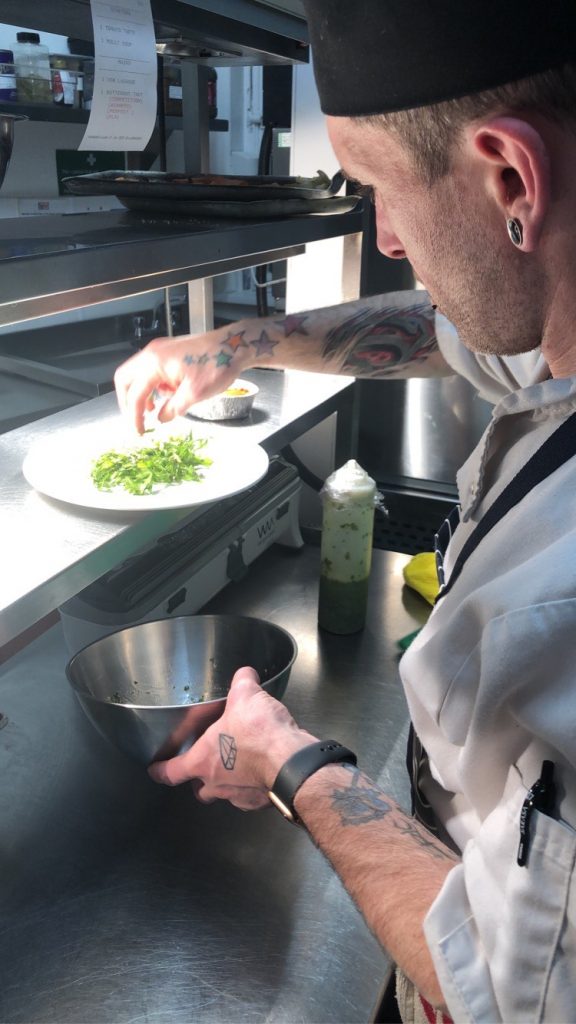 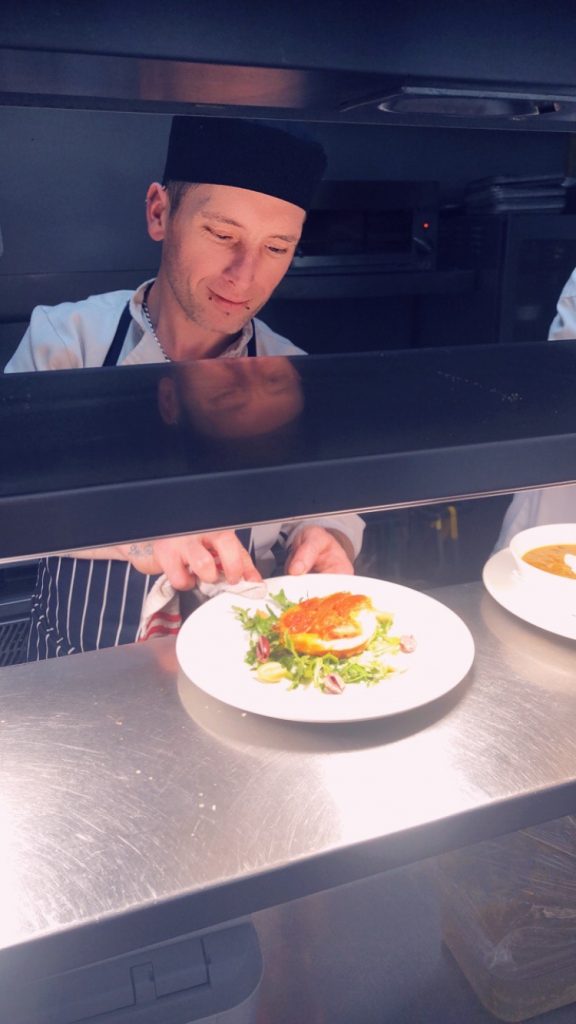