You are here: Home / Would you like to try a Brexit Beer?

That’s right. There is now a Brexit Beer, and it is being made right here in Yorkshire! The Malton Brewery is where you can find the beer, and it is flying off the shelves!

The beer is called called ‘Leave Pale, Remain Bitter, You Decide’ and is made of 52% Leave Pale and 48% Remain Bitter as per the that famous referendum result back in 2016.

Wine and Dine Yorkshire spoke to the creator of the new beer, Howard Kinder, who currently owns the smallest commercial brewery in the UK.

‘If you voted Leave it’s a Pale Ale, if you voted Remain it’s a Bitter.

‘The inspiration for the Brexit Beer came by chance. I actually woke up in the middle of the night around 7 weeks ago with the idea in my head. The next day I went to brewery and made the first batch.

‘Despite the concept the beer is also a very nice drink and we get many repeat orders.

‘Depending on how you voted it’s either a Pale Ale or a Bitter, you decide. We then added a champagne twist for the non voters.

‘We only started selling the beer 5 weeks ago and it’s already our most popular product.’

Malton Brewery is located in a Grade 2 Listed Victorian building on the banks of the River Derwent right in the centre of Malton. The brewery obtained its licence to brew in July 2018, but only commenced brewing in January of this year.

Each bottle of beer is carbonated in its own bottle creating an individual cask of ale, so your beer is exactly the same as you would taste in a pub.

In December 2018, the brewery spent time filming for the show ‘One Day That Changed My Life’ for the BBC which is aires on 5th July.

So if you were a leaver or a remainer, why not try the Brexit Beer to help escape from all the Brexit news!

You can see more about the Malton Brewery and the great beers it has on offer at www.maltonbrewery.com 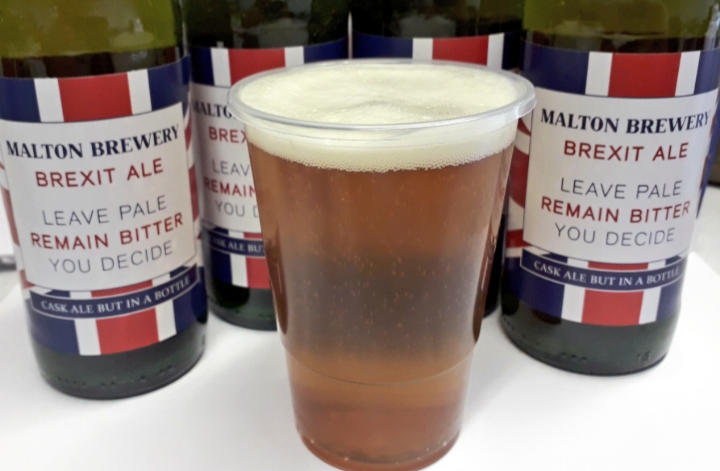 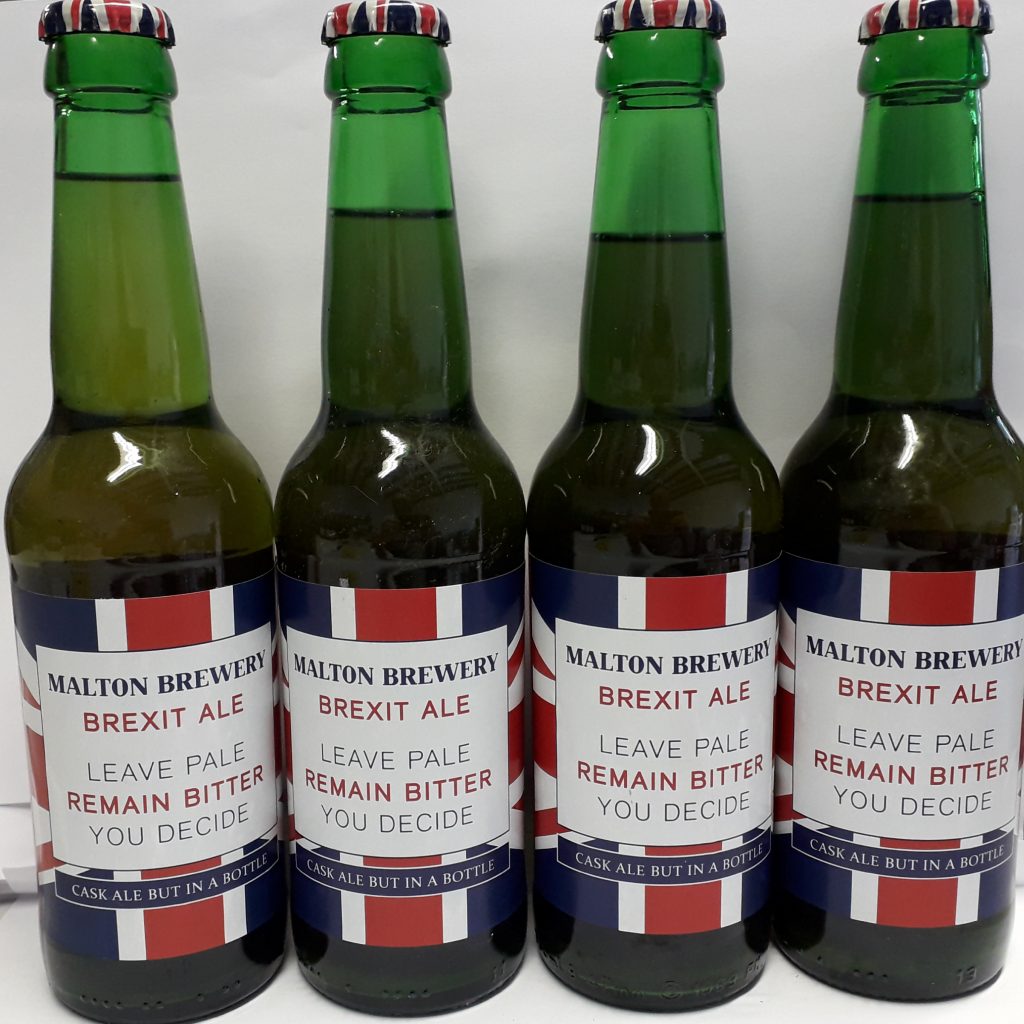