You are here: Home / Brewtown Tours – Discovering craft beer and real ale in our favourite cities

Mark Stredwick is a man with an undeniable passion for ale that stayed with him as he left the UK to travel the world almost two decades ago. Beer enthusiast Mark, who grew up in Yorkshire, spent 16 years having adventures overseas which included a five-week craft beer tour of north western America in a camper van and a stint as a tour guide with brewery tour company Dave’s Brewery Tours in Sydney, Australia.

When Mark moved back to Yorkshire in 2016, he was impressed by the quality and variety of beer available from an impressive number of microbreweries in the area. Mark told us: ‘I wanted to celebrate these great local breweries and give visitors to Yorkshire the chance to explore and sample the huge range of craft beer and real ales the area has to offer.’

After months of planning, hard work and preparation, Brewtown Tours was born. The unique tours each focus on three breweries in different areas of either York or Leeds and offer a VIP way to experience the craft beer culture in Yorkshire.

Mark said: ‘It’s great to see the business that I imagined for a long time come to life. Our laid back tours are a great opportunity to visit and support local working breweries, learn about the brewing process and sample some of the greatest beers in the UK.

‘I’m really passionate about wanting people to buy local produce, so, in addition to it being a great day out, I hope our tours convince people to buy from local breweries. If you buy locally, you know you’re putting shoes on peoples feet and food in their mouths and that’s really important to me.’

So a Brewtown tour sounds like a lot of fun – right? But here at Wine & Dine Yorkshire, we like to see these things for ourselves. Lucky for us, we were invited on an exclusive Brewtown Tour in York with Mark. We met at York Tap at the train station and, after a quick introduction to the tour, we hopped on the Brewtown minibus to our first destination- Rudgate Brewery in Tockwith. Rudgate will celebrate it’s 25th anniversary this year and is nationally recognised, claiming several awards including CAMRA Overall Champion Beer of Britain 2009.

We were given a tour of the brewery by Managing Director Craig Lee, who showed us one of their award-winning brews in action. As our minds were being filled with interesting information and fun facts by Craig and his two brewers, Daniel and Phil, our bellies were being filled with delicious samples of Rudgate ales. After a generous amount of time at Rudgate, we hopped back in the Brewtown minibus and headed through the countryside to our next stop – Yorkshire Heart in the beautiful Nun Monkton.

With a core range of seven beers, plus at least two specials every month, the small family brewery produces quality cask ales using water from Yorkshire Heart’s own natural spring.

Upon our arrival at Yorkshire Heart, we were introduced to brewer Tim Spakouskas. Tim started brewing six years ago and takes pride in the fact that the whole process takes place at Yorkshire Heart – from production and brewing right down to bottling, labelling and even packaging.

He told us: ‘I genuinely love coming to work every morning. It’s so rewarding seeing the end product and I especially love when I see people out enjoying beers that I have brewed here.’

Tim chatted with us about his brewery and demonstrated how everything worked whilst we sampled some of Yorkshire Heart’s finest ales (it’s safe to say their Rhubarb Beer was probably our favourite of the day!). Before long, the sun was hinting at going down and it was time to head back over to the heart of York to the city’s newest microbrewery, Brew York.

Brew York is the brainchild of beer loving pals Lee Grabham and Wayne Smith. The ten-barrel craft brewery and charming tap room is swiftly becoming one of York’s great assets. Lee showed us around and then we sampled (yes- more sampling!) some of their delicious brews.

What was really refreshing throughout the entire day was the amount of passion everybody we met had for both beer and brewing, and the Brew York team were no different.

Lee told us: ‘I love designing new beer recipes, brewing and talking about beer with the people who come in to Brew York. I’m so lucky that my job is now something that I have so much enthusiasm for and get so much enjoyment from. What’s even better is that this is an industry where local brewers are not in competition with each other – we’re all in it together and are dedicated to improving the general quality of beer and spreading enthusiasm about it.’

Mark added: ‘I genuinely haven’t met anybody in this industry that I haven’t liked- it’s a really friendly and positive industry to be a part of. It’s also great and really refreshing to hear all the brewers that are a part of Brewtown Tours speak so highly of each other.’

After we’d sampled some of Brew York’s best sellers it was, unfortunately, time for the tour to end.

We thanked Mark and said our goodbyes – brains filled with new-found knowledge of local beer and the brewing process. Our Brewtown Tour was truly great – the unrestricted access to the breweries was unique and allowed us to peek right into the heart of brewing and Mark was an incredibly knowledgable tour guide – his passion for beer shone through and made the day thoroughly enjoyable. It’s great to come across a business idea thats innovative, fun and that helps out other local businesses at the same time. So whether you have an upcoming birthday party, stag-do, team building day or just fancy a fun day out, consider booking on to a Brewtown tour.

They are priced at £50 per person, last four to five hours and you can book online at www.brewtowntours.co.uk 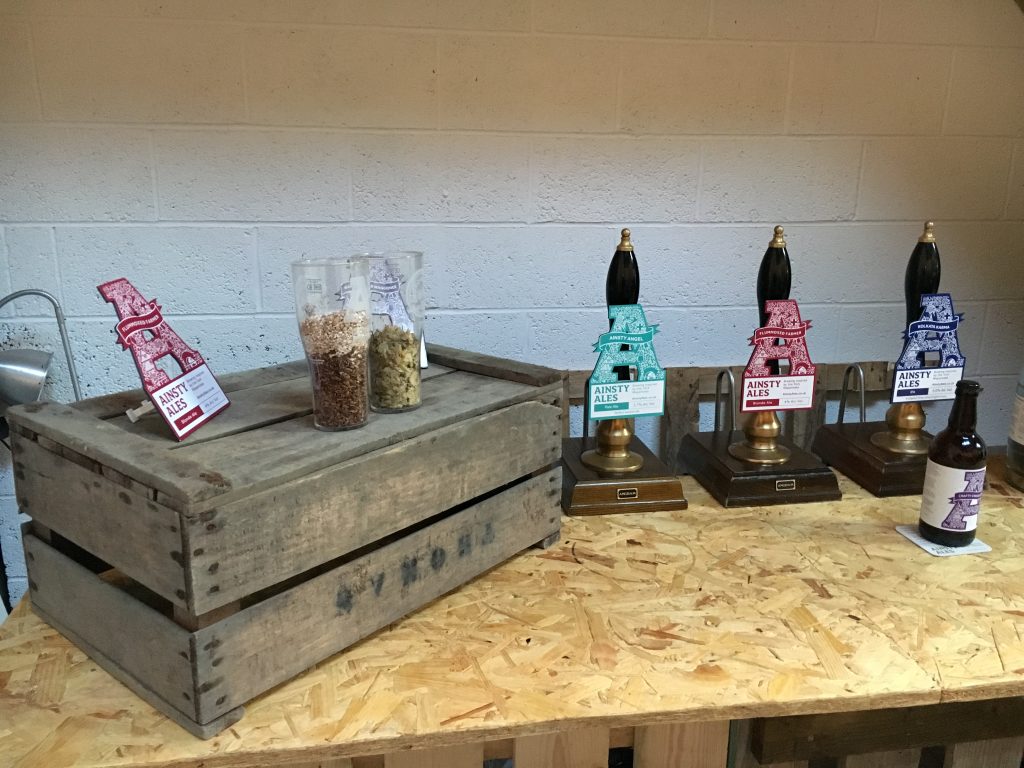 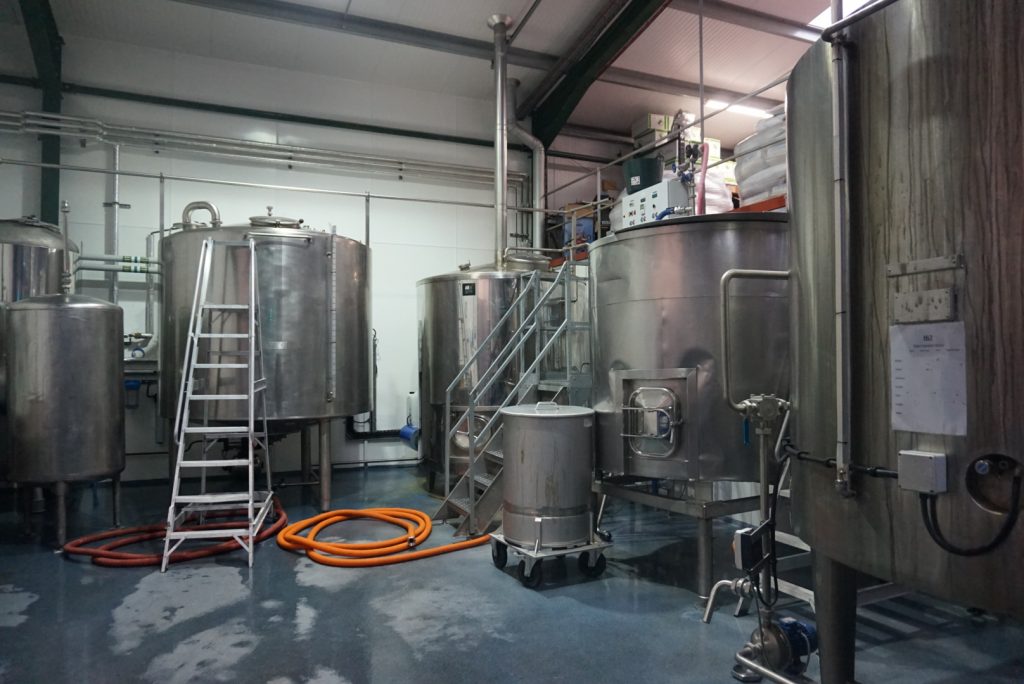 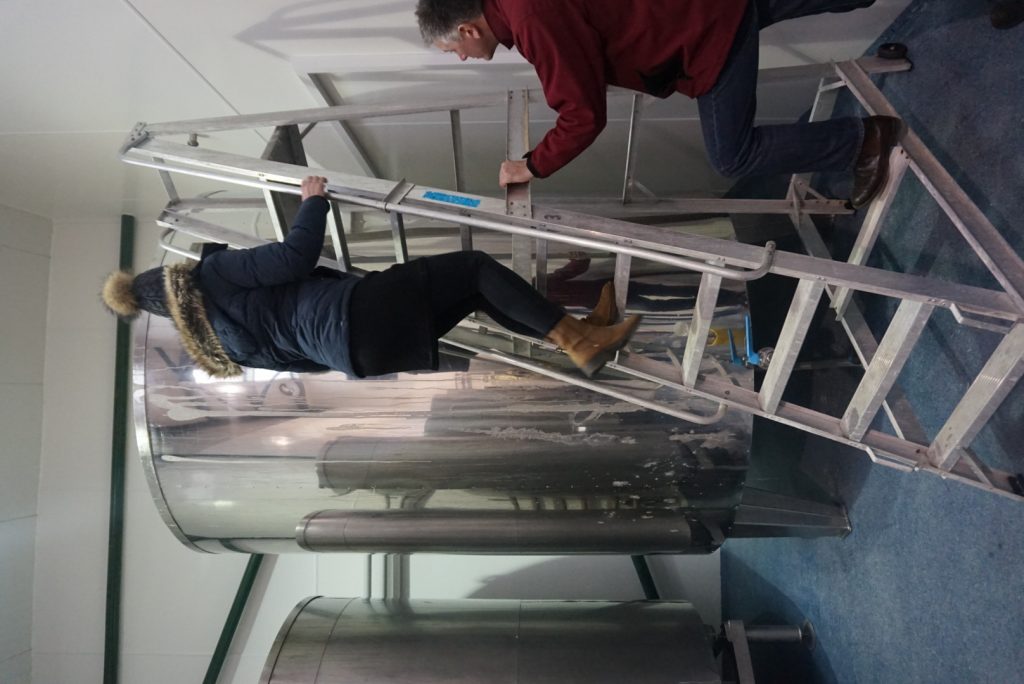 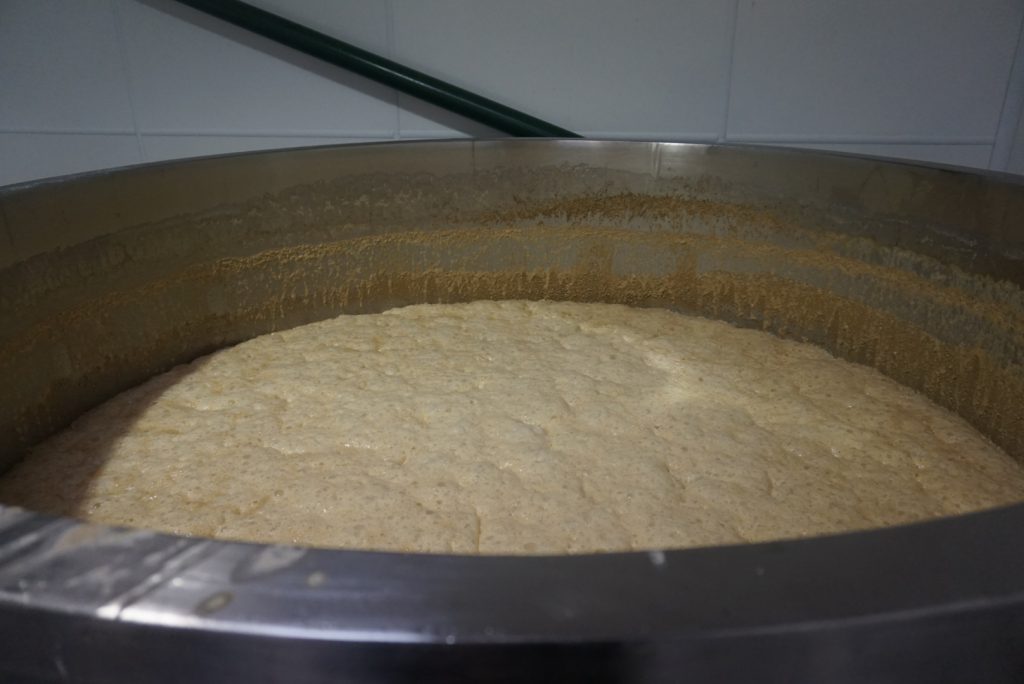 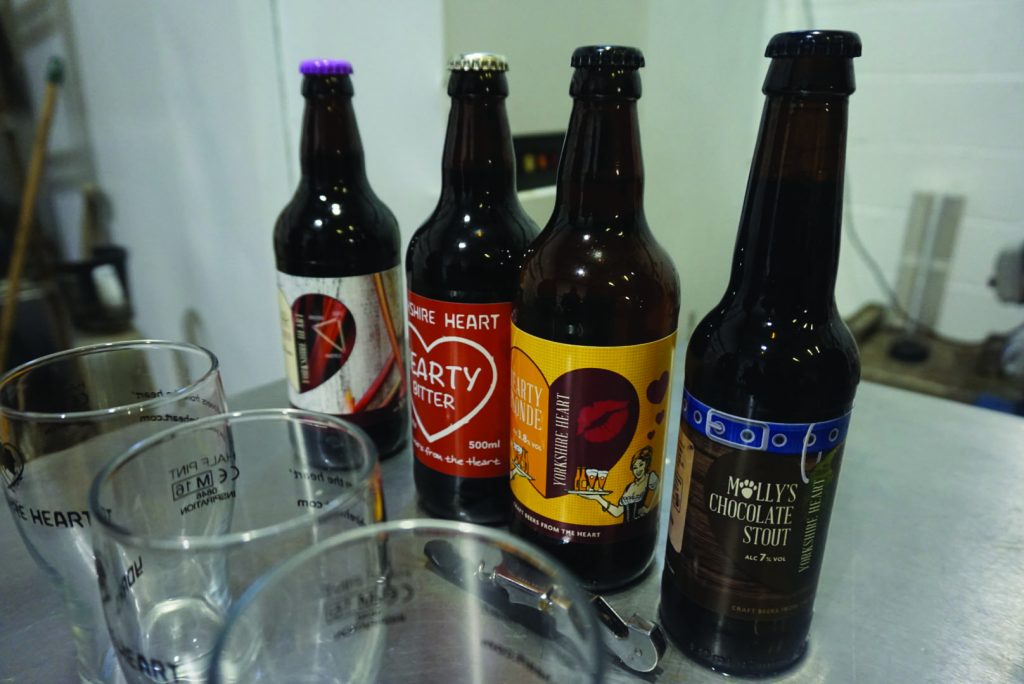 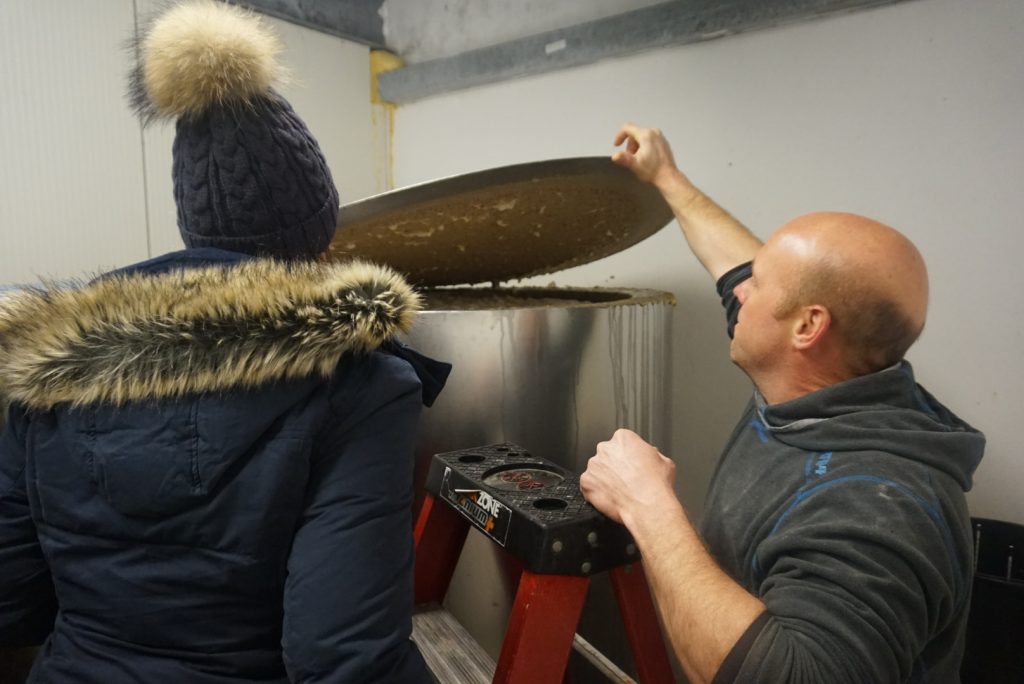 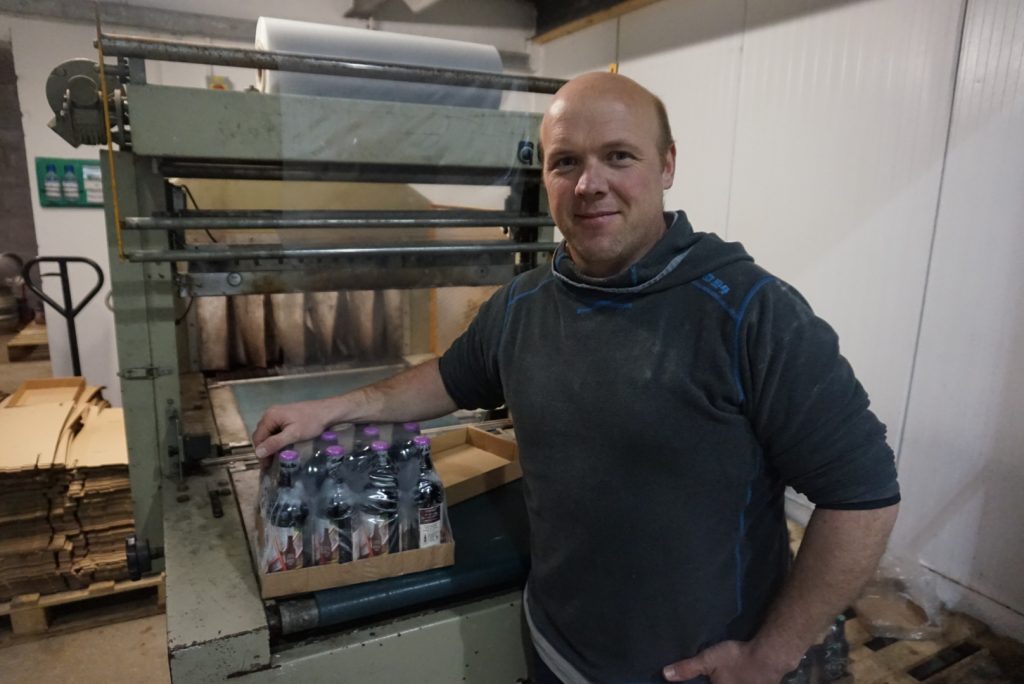 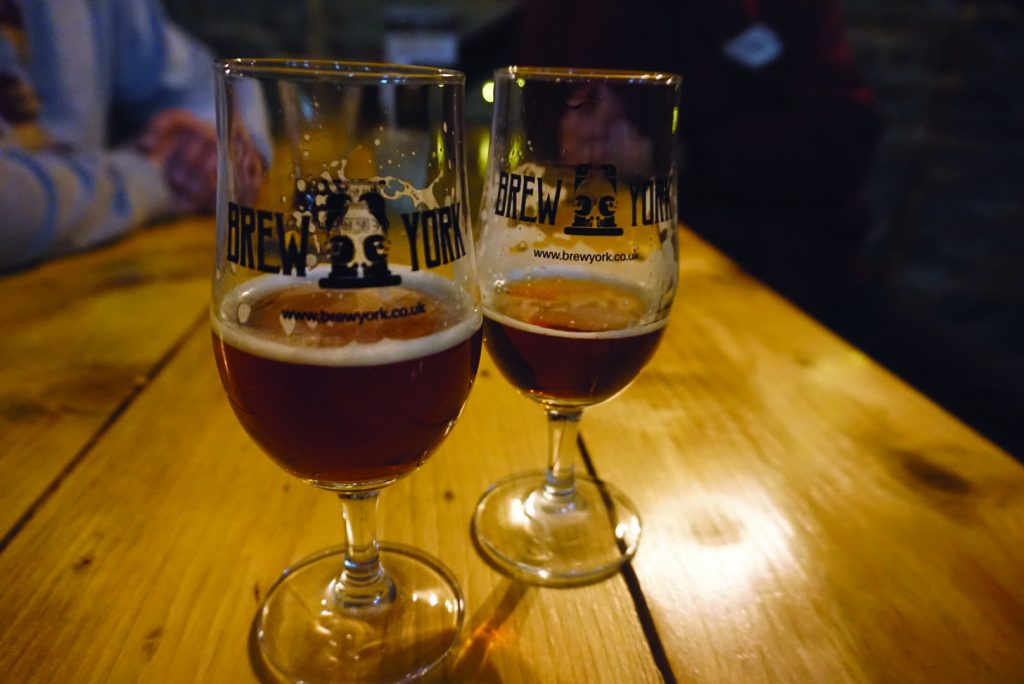 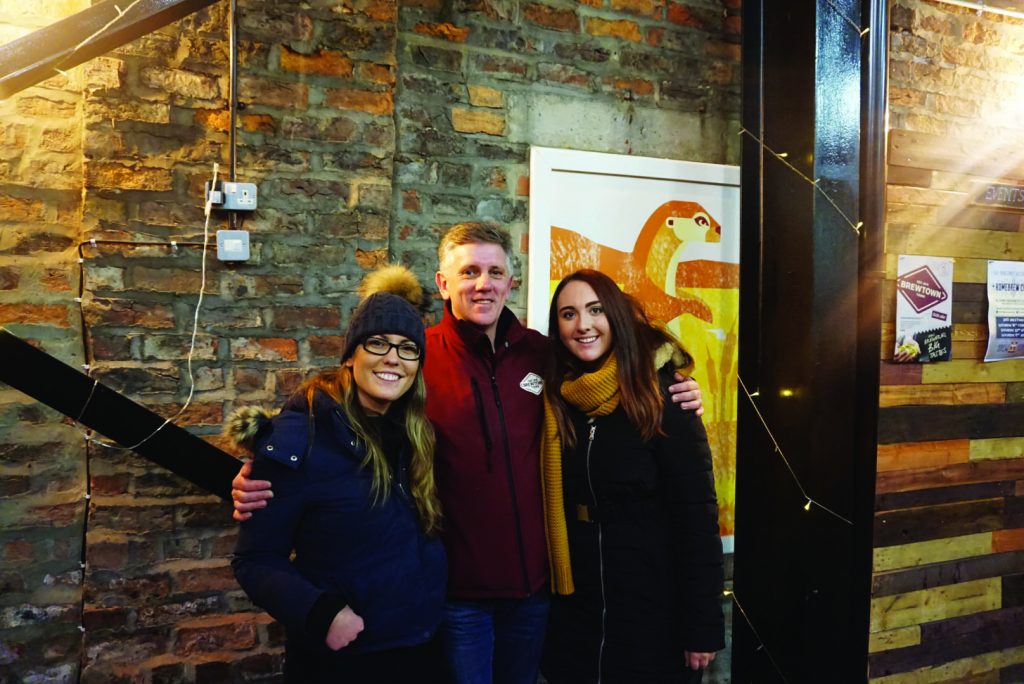