You are here: Home / Coming to a Tesco near you – the steak with no meat in it

A plant based ‘steak’ that is said to look and taste just like real meat will launch in Tesco stores nationwide later this month.

The steak, which is made of wheat and soy, is made by Dutch manufacturer Vivera who describe the product as being ‘barely distinguishable from real steak’ in its taste, texture and smell.

Vivera is one of the three largest producers of its kind in Europe, with current production of more than one million meat replacements a week.

Vivera’s Gert Jan Gombert said: “It is important that we eat less meat, both for our own health, animal welfare and for our planet. A large number of vegetarians, vegans and flexitarians have been interested in a product like this for years.”

It comes after British supermarkets have reported a surge in sales of vegan food, with the Vegan Society saying that more than half of adults are adopting plant based ‘buying behaviours’.

The number of vegans in the UK has also increased by up to four times in the last 10 years.

The Vivera meat alternative will be available in more than 400 Tesco stores across the UK from 21 May. It will launch in the Netherlands, Germany, France and Italy later in the year. 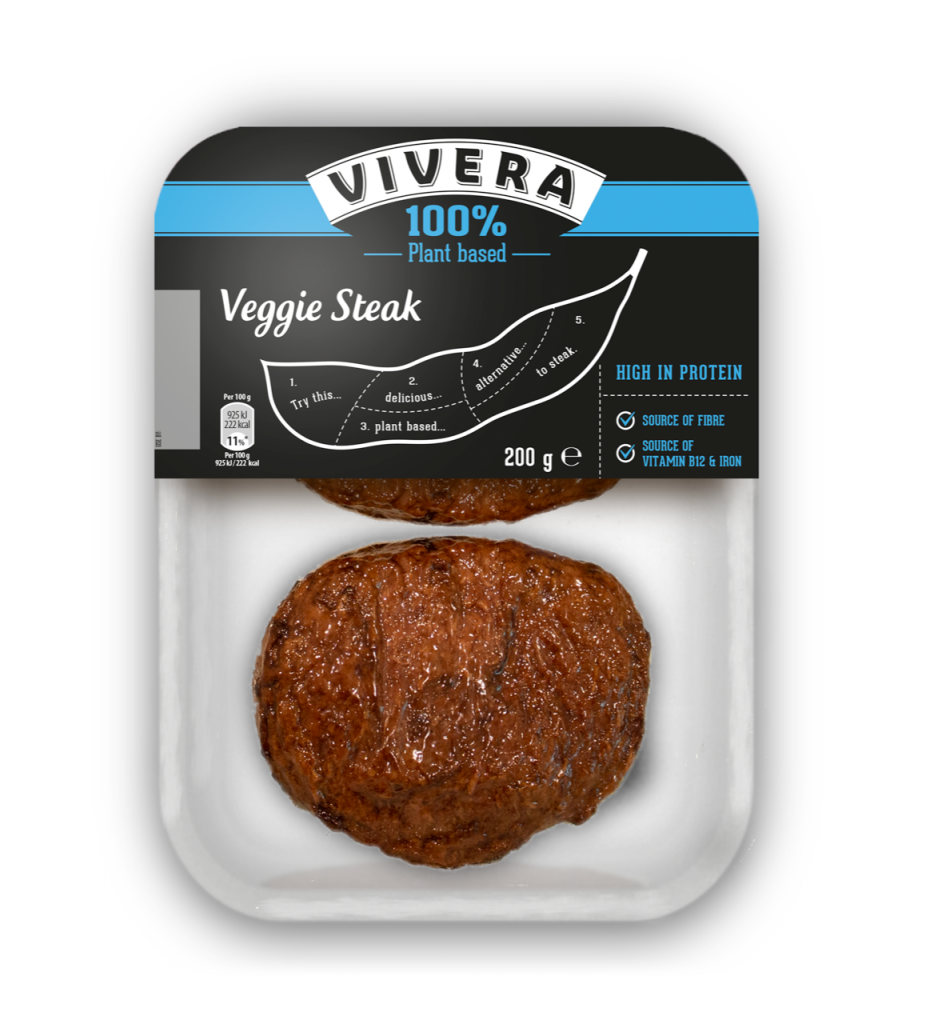