You are here: Home / Country Star shines bright in the city

It’s now over three years since the Star Inn the City opened on the banks of the Ouse in York. While the initial frenzy has long since calmed (it’s been said that 5,000 bookings were taken in the 24 hours after it opened), the Star seems to have made its way into the hearts of the city’s food lovers.

You could say that it was always going to hit the ground running, based on the long-standing reputation of the Star Inn at Harome. Both are run by Michelin-starred chef Andrew Pern, who has also recently opened his second venture in York, Mr P’s Curious Tavern in Petergate.

Its riverside setting is undoubtedly one of the Star Inn the City’s biggest plus points. It is located in the Old Engine House on the edge of the Museum Gardens, and as we make our way down the gentle cobbled slope next to the historic Lendal Bridge, we are eagerly anticipating Pern’s aim of ‘simple Yorkshire cooking with a taste of the countryside’.

In most respects, we are not disappointed. We visit on a Thursday, and the place is about half full. We are shown to a table by the window, which had it not been a winter’s evening, would have offered us wonderful views over the Ouse.

Regardless, the setting is undoubtedly wonderful, the interior a welcoming mish-mash of modern and countryside warmth. As expected, the menu majors on both local and seasonal, and there is also a Market Menu with daily specials, and a ‘Starlets’ menu for younger diners.

We start with Deep-Fried Breaded Whitebait, served with tabasco mayonnaise (£6.00). It is a generous serving and the gentle heat of the mayonnaise works well. An impossible-to-eat-with-your-hands burger is decent value at £18.00, due to its sheer size. It was on the evening’s special menu and comes topped with Slow Cooked Pulled Pork, and a Bourbon and Barbeque Sauce, with Red Cabbage Slaw and Chip Shop Chips on the side. It was every bit as gut-busting as it sounds, and while it proved unfinishable, it was certainly tasty.

The Butter Roast Fillet of East Coast Halibut cost us £28.00. The fish was a decent size but the accompanying Saffron Potato, Pickled Fennel and Blood Orange Braised Salsify were on the frugal side.

While the flavour combinations worked really well, the meal perhaps could have been slightly more filling in order to provide the full “comfort” quality that is usually done so well here. But despite that, it was still delicious.

What was undeniably satisfying was the Yorkshire Rhubarb Nut Crumble we finished with. We would have appreciated a bigger dollop of vanilla ice cream to go with it, but we’re nit-picking. The nuts were plentiful and added a pleasant crunch, and the rhubarb was just the right blend of sweet and sour.

In my eyes, our drinks were almost as worthy of discussion as the food. We were enjoying a special celebration so treated ourselves to Rhubarb Bellinis (£9.00), which were both sweet and tangy, refreshing and a bit too easy to drink.

And a special mention for the pints of Pilsner Urquell – encased in huge copper barrels and delivered by tanker direct from the brewery in the Czech Republic. At £5.50 a pint, it thankfully tastes every bit as good as you would hope. Comparisons are often unfair, and it seems a tad unjust to compare The Star Inn the City to its ‘country cousin’, which this year celebrates its 21st year, and in January was named the UK’s best gastropub.

But the Star Inn the City is undoubtedly making its own way, championing the local, seasonal produce that has become Andrew Pern’s (Michelin-starred) trademark. 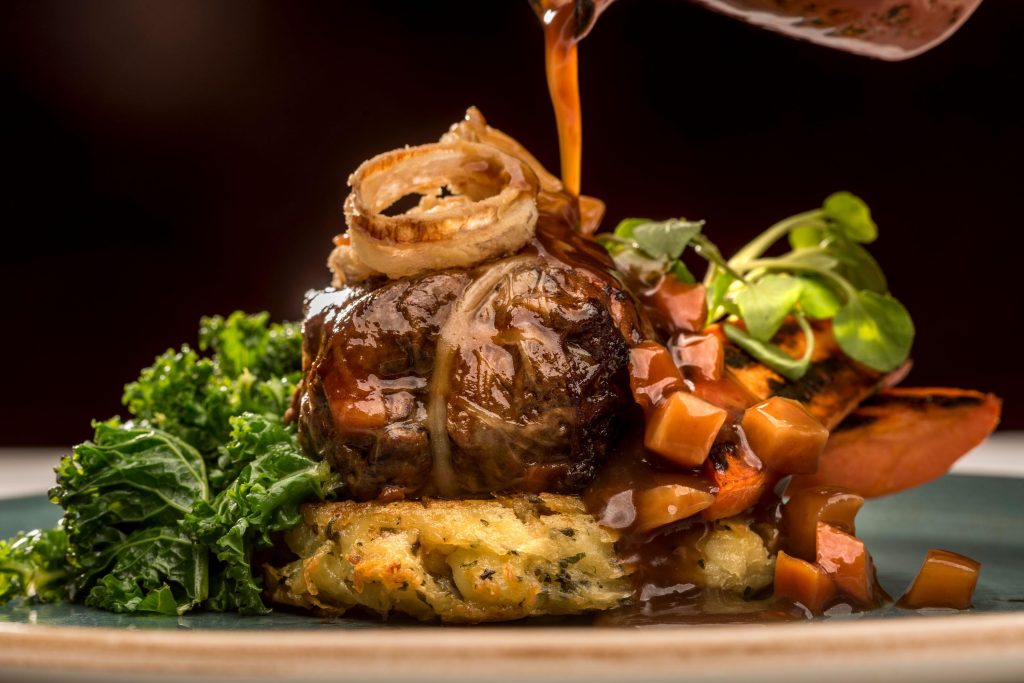 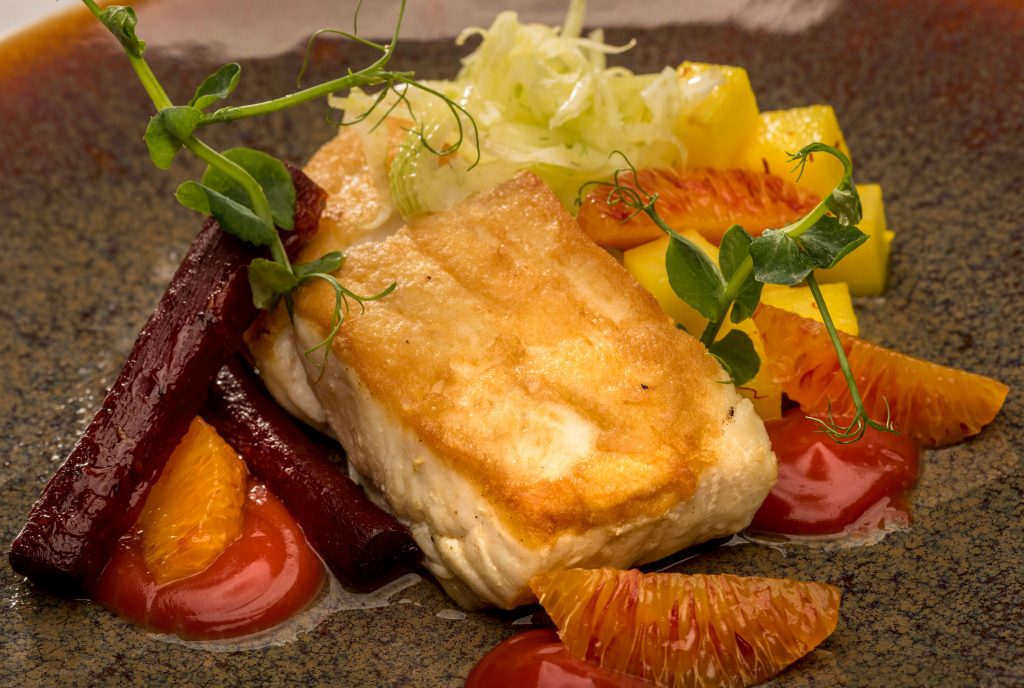