You are here: Home / From Sheffield’s Moor Market stall to the red carpet of world-class produce

We bring you the story of Leeza Murina’s mouthwatering PIEwich family legacy.

Sheffield’s “Queen of Cossack Cuisine” Leeza Murina has gone from strength to strength as her Piroshki pie has been named Christmas Savoury Pie of the year by British Baker Magazine. She is also preparing to sell her pies from a major high street grocer, international airline, national train company and a cinema chain.

The unique Russian bakery company, now run by Leeza and husband Steve Jones, started selling their pies at Sheffield’s Moor Market stall back in 1993. After continued success and reinvention of the product, the food company are now preparing to sell their pies from a major high street grocery, an international airline, a national train company and a cinema chain.

Leeza, the company’s co-founder and chef, has picked up multiple awards. From 2019 alone these included a British Pie Silver award for their first ever vegan entry: mushroom and spinach, three GREAT TASTE awards for their Russian Honey Cake, Potato Piroshki and Hake & Celeriac Piroshki, and of course their most recent success being the winner of British Baker Magazine’s Best Festive Savoury Pie of the year award for the Chicken, Cranberry and Walnut Piroshki pie.

And unlike some of the other winners, there were no runner-up awards to take the shine off Leeza and Steve’s win.

Sitting alongside them in the winners circle were corporate giants such as Lidl, Aldi, Asda, Co-op and Costa Coffee. Not bad at all for a small bakery from Sheffield!

“A global bakery corporation was needed for Costa to win. For us – it needed just Leeza and a bakery operation put together for comparative pennies.”

Speaking about their achievements, Steve wrote: “What pleased us even more was when we looked at who was behind some of the other winners. For example, the company that made Costa a winner was CSM Bakery Solutions, who describe themselves as an international leader in the baking industry, producing one of the industry’s broadest ranges of products for customers in more than 100 countries. Headquartered in Atlanta, Georgia, USA. Holy Smoke!”

Along with their glittering collection of awards and trophies from over the years, the dynamic duo have also maintained a glowing reputation with their customer base. They recently decided to let everyone put their reviews of the Russian pies on TrustPilot – and were shortly after rated as excellent following an influx of five star reviews.

The Piroshki, which means small pie, is a lightly sweet, soft baked yeast dough wrapped around an exquisitely seasoned savoury or sweet pie filling. The pies Leeza makes are all hand-decorated and beautifully baked, and can be enjoyed hot as a pie, or cold as a sandwich. Hence the name ‘PIEwich!’

Leeza’s family’s first bakery opened in St Petersburg in Russia back in 1812 under the name of ‘The Russian Food company’ and the produce remained unchanged for several generations. Under Leeza and Steve’s management, the pair are rebranding their focus and reinventing their baked goods to suit the ‘modern consumer.’ They will do this by selling only ‘familiar’ savoury products that they have reinvented and by renaming the company ‘REINVENTED FOOD.’

With a heritage of six generations of Russian baking knowledge, Leeza carries on the family legacy by creating a mouth-watering selection of specialist Piroshki pies, each one hand-crafted to suit the tastes of today’s healthy eaters.

Piroshki are Russian pies originating from the 1700s. At the time they nourished the miner workers of that era who drove the economy to success. They were made for the miners by their wives, with a unique hand-crafted decoration as a special reminder of their love as the men worked dangerously below ground.

Leeza was eight years old when her grandfather first taught her the art of making Piroshki. She also recalls memories of her grandmother baking in the home despite having a busy career as a choirmaster and conductor at the time. One of Leeza’s best-selling pastries today, ‘babushka’ (grandmother), is in honour of her grandmother’s original recipe.

Leeza has had a wide and varied career outside of the baking industry. After she achieved a Masters Degree in English at St Petersburg University, she initially worked as a Russian/English interpreter working at a G8 political summit for UK government institutions including Interpol and the UK Border Agency. As a self-taught caterer she founded the Russian Pie Company with her husband Steve, who has an MBA from the London Business School, and was able to add his wealth of business experience and entrepreneurial skills to the company start-up.

Meeting the demand for millenials changing food tastes, most of the Russian pies created are vegetarian, Leeza explains: “We originally made more vegetarian pies than meat pies because our two daughters, Rebecca and Clare, are both vegetarian and were our ‘official’ food tasters when the business started.

“Over the last few years we have seen the majority of our pie sales being vegetarian – more recently our vegan pies have become best sellers too.”

Leeza has created a healthier and luxurious alternative to the traditional British pie. The latter is usually made with a pastry that is typically high in fat. Leeza’s pie dough has about 90% less fat content.
Some of the unique pie fillings include salmon and cream cheese, chicken, cranberries and walnuts, beef and onion, Moroccan veggie, goats’ cheese, mushroom and potato, lamb and lingonberry, spring onion and egg. Purchasing these freshly made goods is now easy too as the company offers a home delivery service nationwide.

Raw talent appears to run in the extraordinarily talented family, as Leeza proudly spoke of her ‘gifted’ family members in a recent BBC Radio Sheffield interview – “All my life I was the black sheep of the family. All of my family are super famous, successful business people; scientists, artists, musicians, actors, one of my uncles is the chief architect of St Petersburg in Russia. Then imagine me, a little dinner lady selling pies ! (laughing) So there’s been a lot of pressure to be good in what I do.”

Leeza’s mother is an international pianist and even at the age of 80 still plays publicly, most recently in a couple of countries in the Asia Pacific region. Her grandmother was the first ever female conductor, a renowned choirmaster, and trained many of the famous conductors in the world today including Vasily Petrenko of the Liverpool Philharmonic.

Keep an eye out for PIEwiches. Leeza and Steve are in serious talks with a range of blue-chip companies who love the look and taste of them.

The power couple have many reinventions yet to be released in 2020 including the ‘PIE’nini,’ and have also recently been to look at a third premises in London. 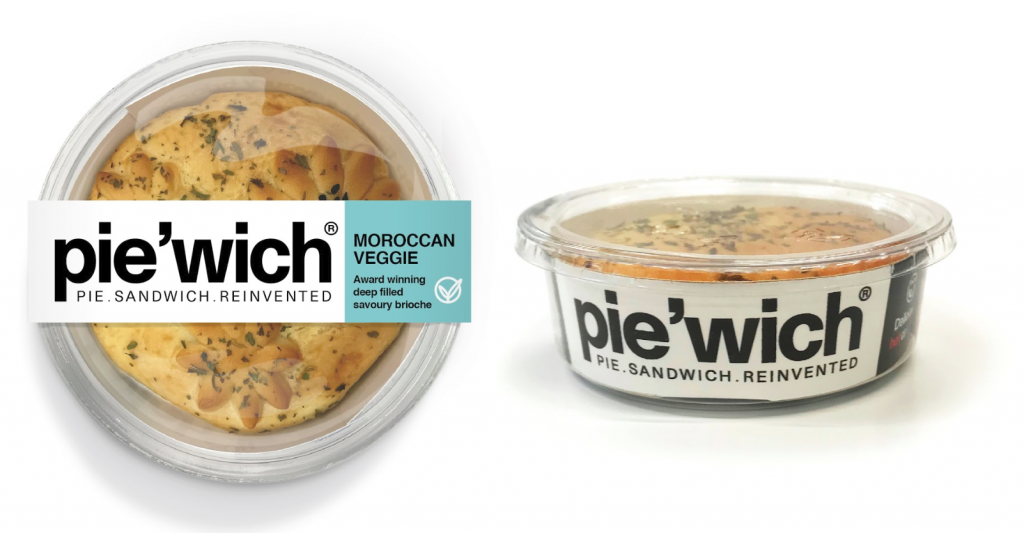 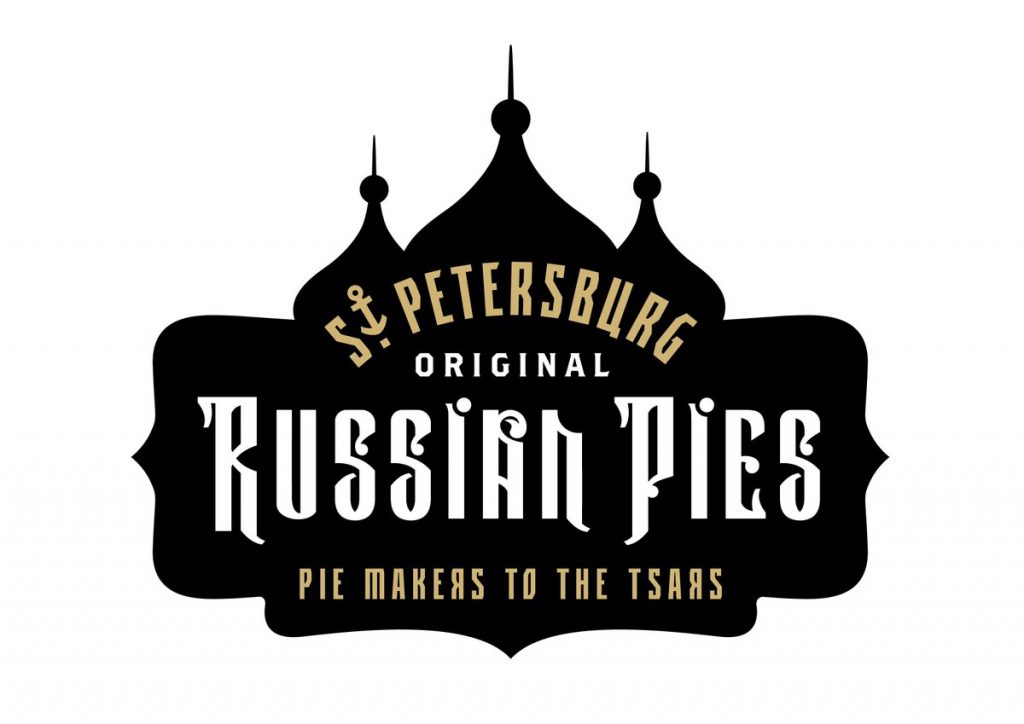 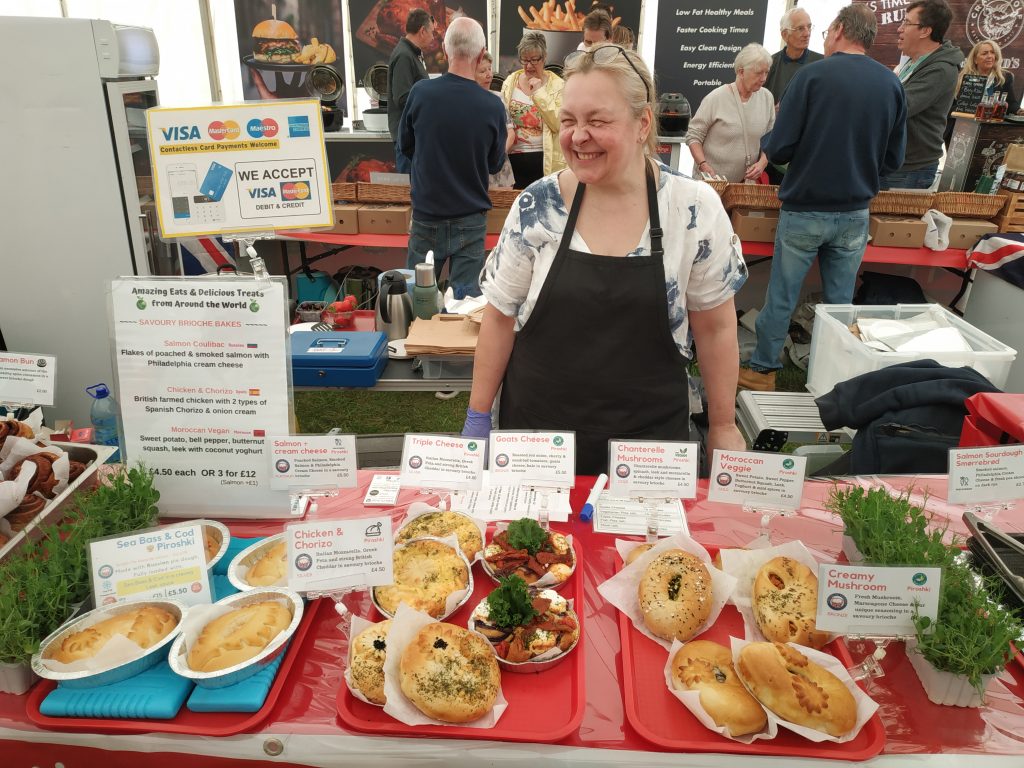