You are here: Home / Homegrown success in the heart of Yorkshire

Homegrown success in the heart of Yorkshire

With a passion for fresh and local produce, strong family values and a backstory that is capable of warming even the coldest of hearts, Bert’s Barrow, an award-winning farm shop in the village of Hillam is taking on the world – one satisfied customer at a time.

It’s hard to believe that the thriving and beautiful farm shop, Bert’s Barrow, began over a decade ago as just a barrow full of local produce and an honesty box at the side of the road.

Since it’s humble beginnings, proud owners Charlotte Wells-Thompson and her husband Jason have transformed Bert’s Barrow in to a fully fledged, award-winning farm shop – they even kicked off 2017 by being invited to Parliament to showcase some of Yorkshire’s best produce. There are plenty of things we love about Bert’s Barrow – the shop is beautifully laid out and the atmosphere is always friendly – but its fascinating back story has to the part we love the most.

Over a decade ago, farmer Ian (Bert) Thompson and his wife, Marlene, joined forces with other villagers in Hillam, near Monk Fryston, in order to raise enough money to buy a village defibrillator.

As part of his fundraising efforts, Bert bought a barrow, painted it, filled it with locally sourced seasonal vegetables and wheeled it to the gate of Austfield Farm, along with an honesty box – trusting local villagers to pay for the produce they took. The producers were paid for their fruit and vegetables, and the profit made, along with other efforts from villagers, saw two defibrillators eventually purchased.

Bert’s Barrow was a hit in the village and used to be full to the brim with fresh produce such as cabbages, cauliflowers, leeks, carrots, parsnips and potatoes. Ian sadly passed away on Christmas Eve 2012 after battling with cancer for two years, but his family were dedicated to ensuring that his barrow lived on. Jason, Ian’s son, and his wife Charlotte realised the potential of Bert’s Barrow and decided to turn it into a bright, friendly farm shop based at the front of what used to be a cold store at Austfield Farm.

Now, Bert’s Barrow offers plenty more than fresh fruit and vegetables. Charlotte told Wine & Dine Yorkshire: ‘We stock marmalade, chutney, ice cream, award-winning pickles, smoked salmon, freshly ground coffee, meat, cheese and dozens more locally sourced products. We are really passionate about supplying fresh, local produce. Over 86 per cent of the items we sell are smoked, baked, grown or made here in Yorkshire. But fresh fruit and vegetables are still at the heart of Bert’s Barrow and we were delighted to win the Yorkshires Finest Taste Award for Best Fresh Produce with our mixed £15 fruit, veg and salad box which we deliver weekly free of charge within five miles of the farm.’

Last year, Jason and Charlotte scooped a number of other awards including the EYLFN award for Best Retailer of Local Produce and Yorkshires Finest Taste Award for Best Independent Retailer.

Earlier this year, Bert’s Barrow was chosen by Nigel Adams, MP for Selby and Ainsty, to attend the Kingdom of Elmet Food Day. The event, organised by Nigel Adams MP and Alec Shelbrooke, MP for Elmet and Rothwell, was held exclusively for food and drink producers from their constituencies.

Charlotte went down to London for the event with Farm Shop Manager, Charlotte De Ville. They took two suitcases, a cricket bag and three other bags full of local Yorkshire produce and showed them to many Ministers, Lords, Ladies and MPs explaining the importance of shopping locally.

Charlotte Wells-Thompson told Wine & Dine Yorkshire: ‘We were honoured and privileged to be chosen to go along to the event. We’re passionate about promoting Yorkshire produce so it was an ideal opportunity to show off all the brilliant produce this region has to offer. We’re really excited about what we’ve achieved so far and what we want to do in the future.’

Already, the farm is home to over a hundred free range laying hens as well as sheep and other livestock. The Bert’s Barrow team hope to eventually offer activities for children alongside the farm shop.
The vision is to be a destination where children can learn about farming, animals and food. The team are in the process of planting their own pumpkins and growing their own vegetables so very soon, their seasonable vegetable boxes and farm shop will be filled with homegrown produce.

You can already pick your own strawberries at the farm, but there are also plans for a butchery, bakery and tearoom at the farm so it’s definitely worth keeping an eye on Jason, Charlotte and the team and their exciting business and heartwarming tribute to Ian – Bert’s Barrow. 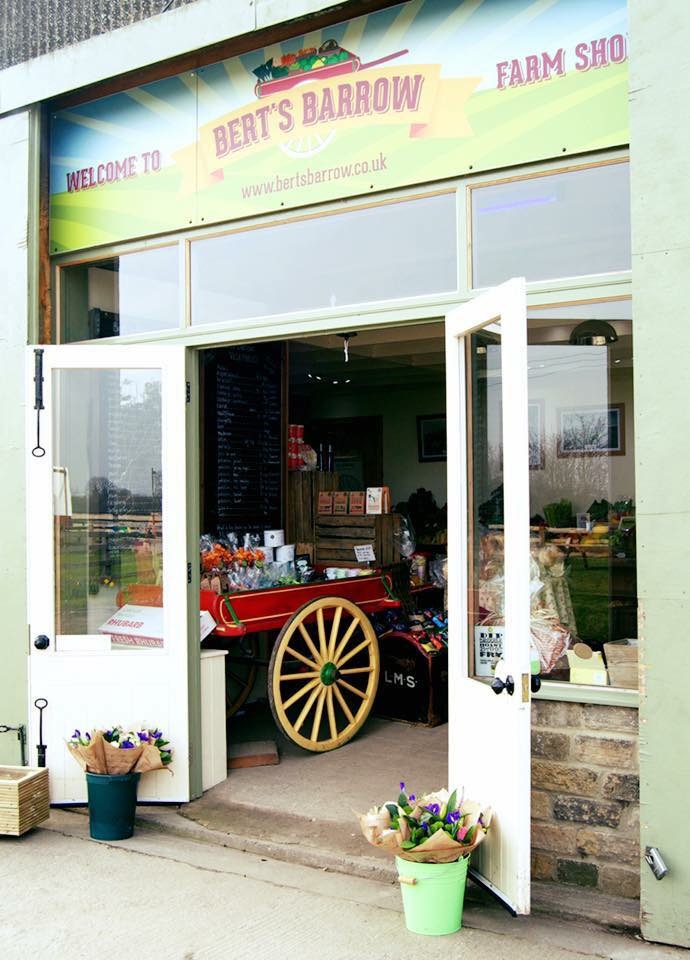 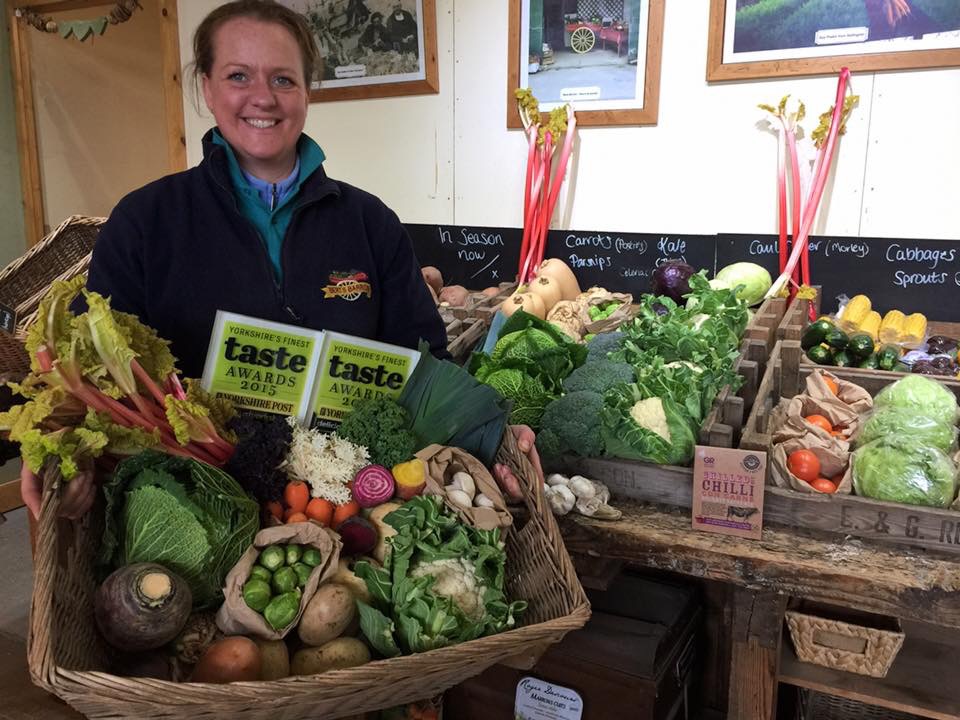 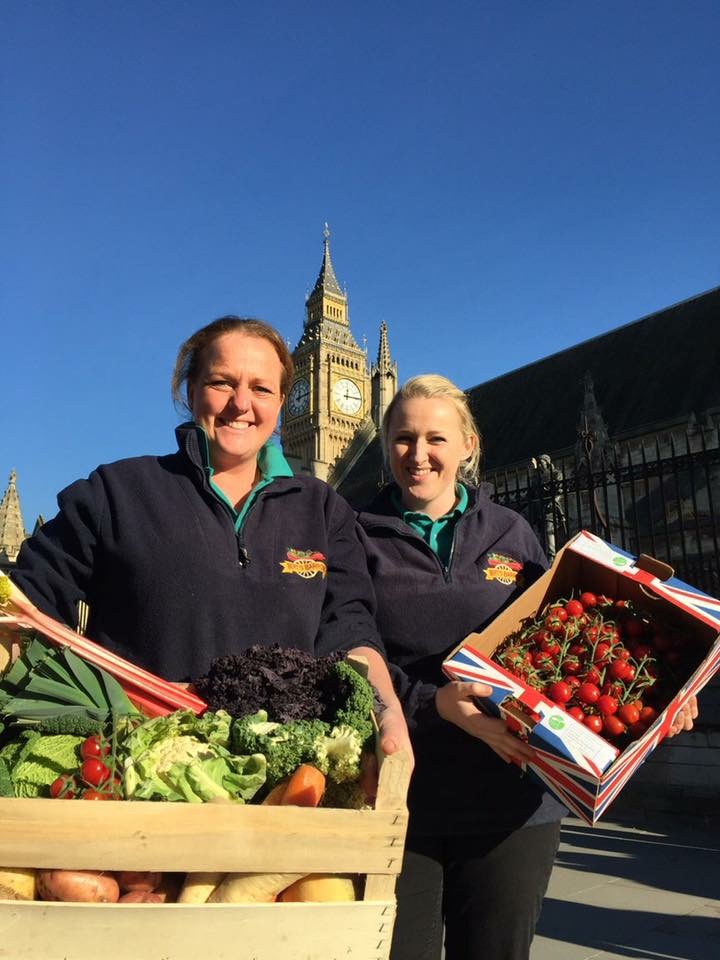 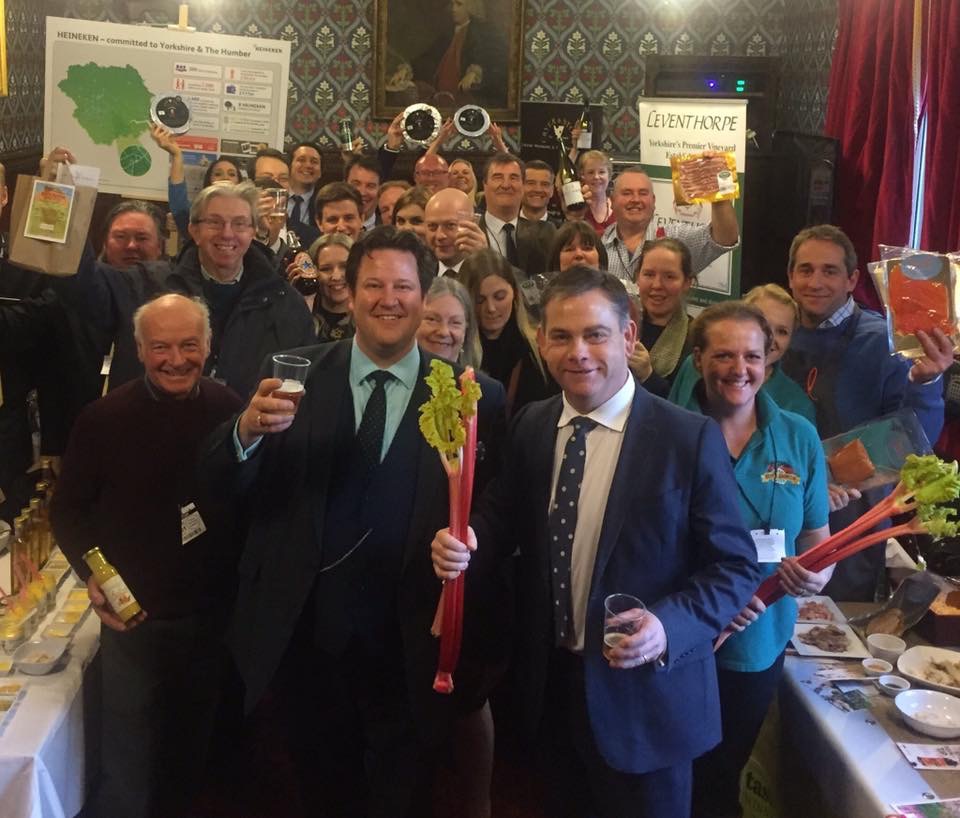 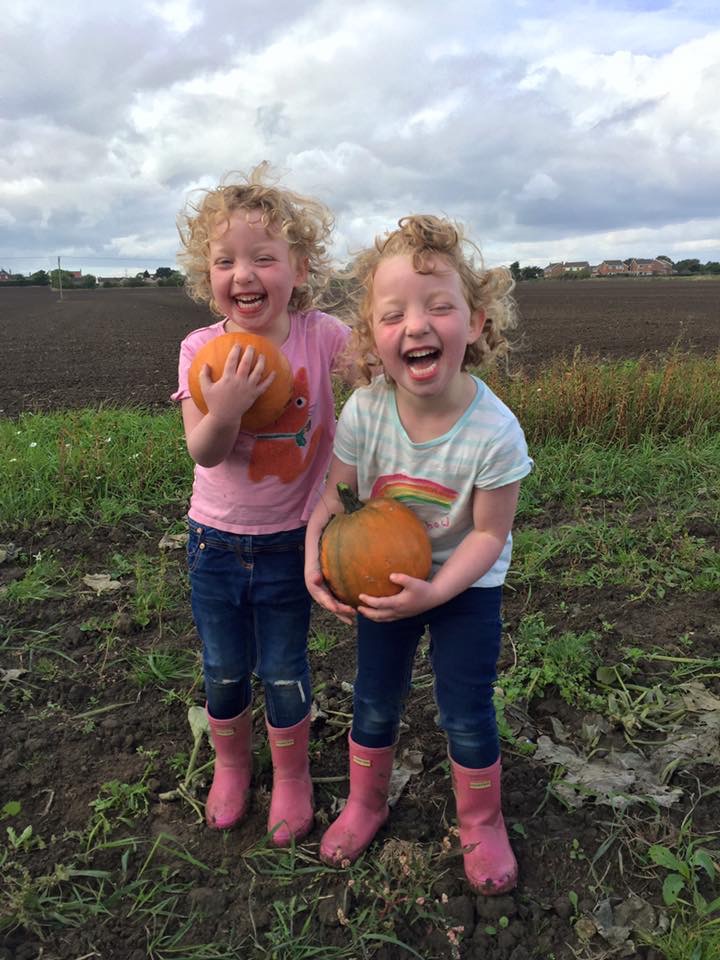 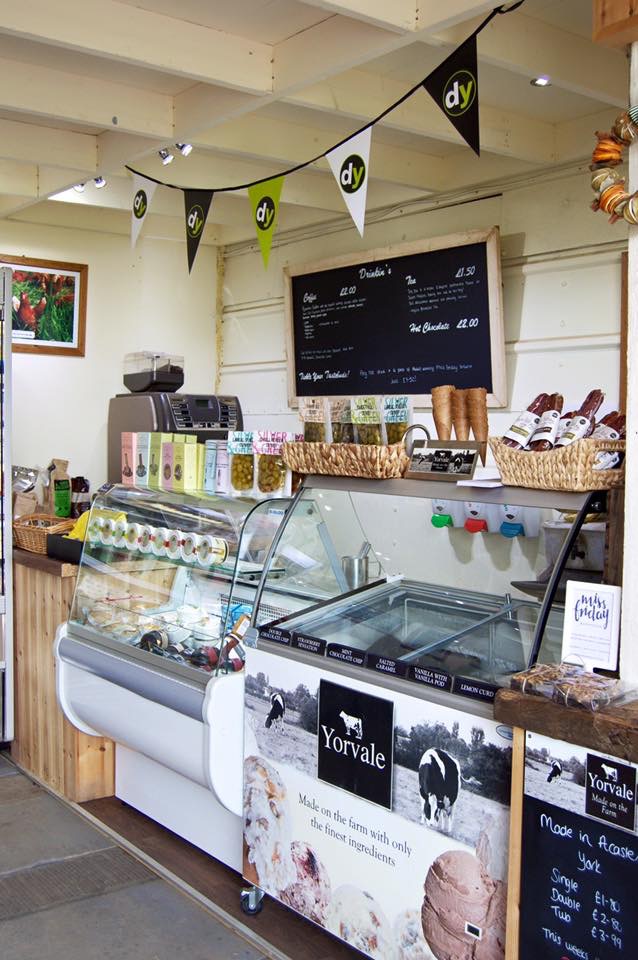 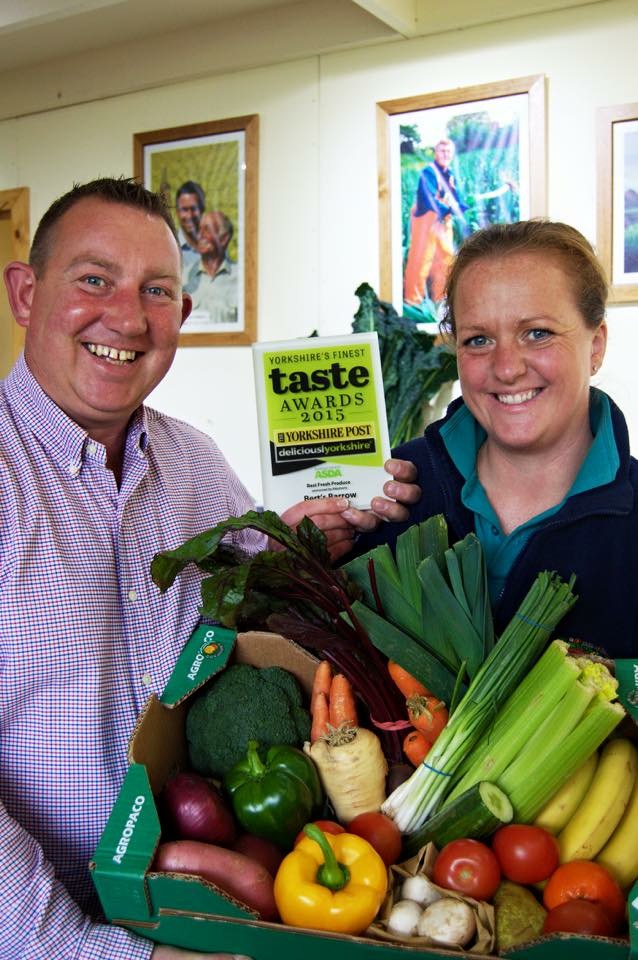