You are here: Home / Leeds brewing company raises the bar

Often referred to as ‘the first craft beer bar in Britain’, Leeds North Bar is credited with influencing a new wave of craft beer bars and breweries around the country, with many citing the venue as one of the original driving forces behind the craft beer revolution in the UK.

Over 20 years, owners John Gyngell and Christian Townsley have increased the North Bar group to a total of seven venues and in 2015 they turned their 10-year dream of making their own beer into a reality by opening a 15 barrel brewery in Leeds, the North Brewing Co.

They’ve picked up a number of awards along the way, including the ‘best place to drink in Britain’ award at the Observer Food Monthly Awards, and have become known for their alternative approach and quirky style.

John told us: ‘We’ve been producing beer for a little under two years and its been an incredibly journey. Each week since launching, a new friendship has developed, a new opportunity has arisen and a new North Brewing fan is born. The last few months have been brilliant fun, if a little exhausting.’

The pair have ended 2017’s beer festival season in remarkable style, with their Craft Beer Calling at Wylam Brewery and Dark City at Northern Monk. So what does 2018 look like for this pair? “We recently got three new shiny fermenting vessels, meaning we have been able to double our production capacity,’ said John. ‘In recent months we’ve had difficulty keeping up with demand, a great problem to have, you might say, but we hate not being able to fulfil orders or disappoint customers. The result of the new kit is that we can now brew every day of the week. This means we can have fun doing what we set out to do, playing with interesting flavours and aroma combinations, without being restrained by the success of our core range. This will result in more specials, whilst still producing more in quantity of our most popular ones, such as Sputnik, Herzog and Transmission, which actually won the best IPA 2017 in the Imbibe Awards.’

As with any business, this one has had its ups and downs. John explained: “Our fermenting vessel delivery day was hectic and not without its hiccups. Sixteen weeks after ordering our three custom-built FVs, we’d been awaiting their arrival with baited breath. A backlog at Felixstowe due to the storms in the Caribbean led to further delays and on Friday, October 6th we welcomed two containers hosting our shiny new vessels. As the fitters crow-barred open the containers and the sun poured in on to the beautiful gleaming FVs we discovered they were not what we’d ordered! Apparently in transporting our new FVs from the shipping port, two different truck drivers carrying similar loads had, in their infinite wisdom, decided to swap routes. In the warm sunshine we stared into a shipping container at two fermenting vessels that we needed to install that day that weren’t ours. Gulp!”

“Thankfully, a few phone calls later and our vessels were found elsewhere in the country. A few hours later and after more than our fair share of coffee, the right lorry with the right load turned up and the installation began. Two forklift trucks, and what could best be described as a conductor, orchestrated the unloading and installation of our three 14ft-tall fermenting vessels with skill and precision. A sight to behold. More beer and fun times ahead!”

To find out more about North Brewing Co and where to find their beers, visit the website www.northbrewing.com. 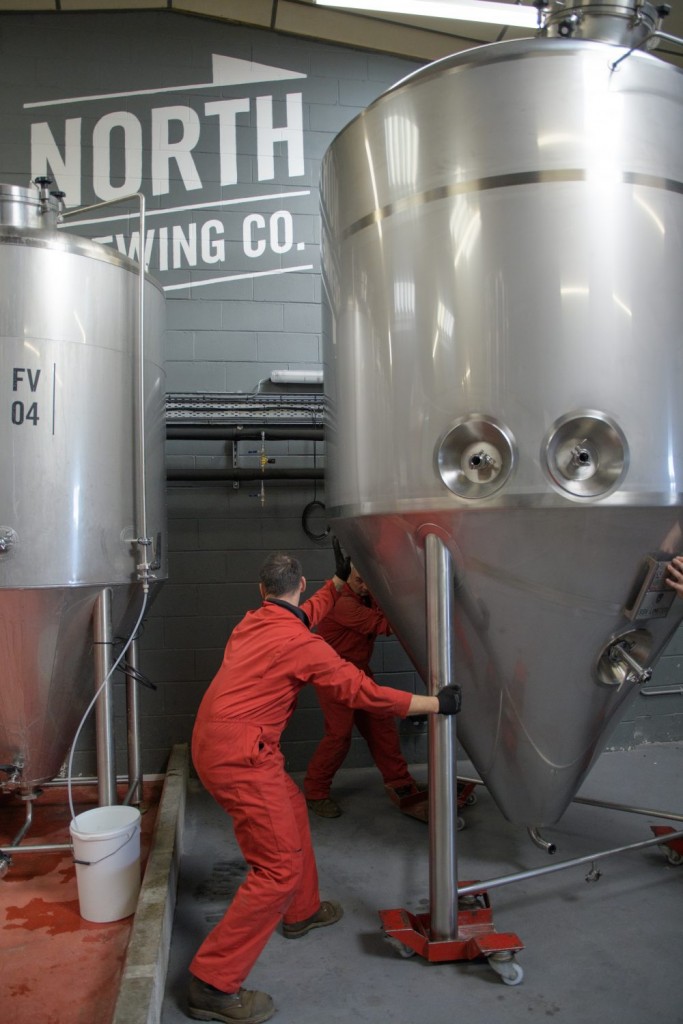 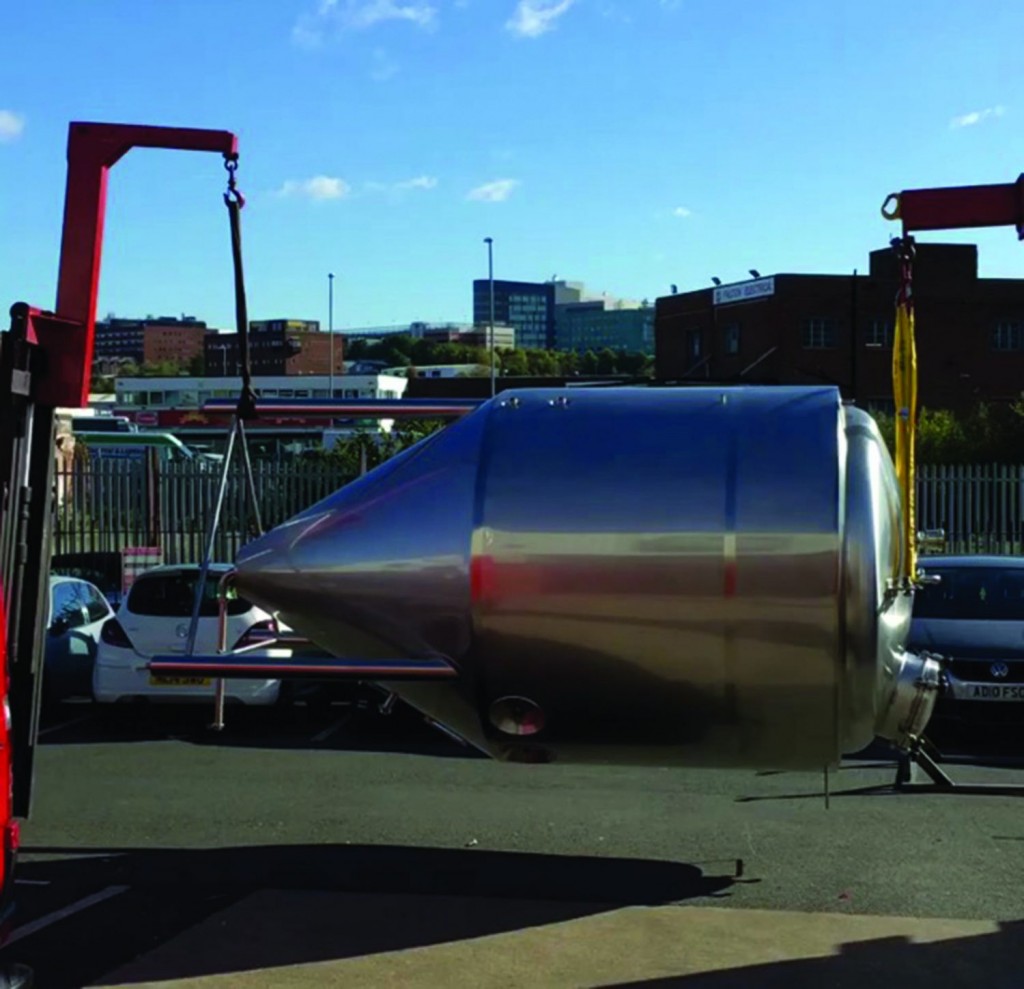 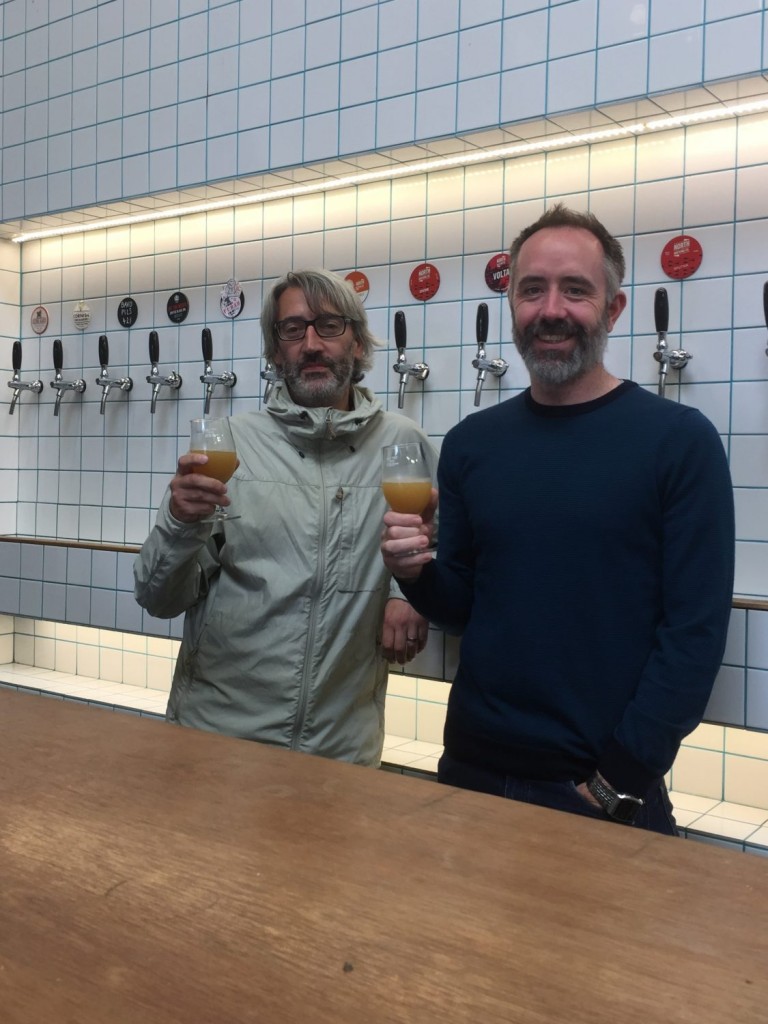