At a time when Leeds is vying to overtake Birmingham as the UK’s second city, how do its cornerstone gastropub establishments compete with the popular, multimillion food courts of Trinity, the Core, and Victoria Gate? We met Whitelock’s head chef, Chris Dennett, to find out.

arely a stone’s throw away from Leeds’ ever-busy Briggate shopping district, it isn’t perhaps common knowledge that the Whitelock’s Ale House is a staggering 302 years old – having celebrated its three-hundredth anniversary in 2015. Originally opened as the Turk’s Head in 1715 – which is now Whitelock’s conjoined sister bar – the pub mainly catered for merchants and market traders, and was especially busy on Tuesdays and Saturdays, when the then Briggate marketplace was bustling with people.

In 1867, the pub’s licence was granted to John Lupton Whitelock, who would soon rename the Turk’s Head as Whitelock’s First City Luncheon Bar. Making for a distinct Victorian atmosphere, the copper-topped bar, etched mirrors, glass and other various brass works – all installed by Whitelock – still stand firm today. Frequented by a number of stage stars, the pub received royal approval in the early twentieth-century, when Prince George, the Duke of Kent, entertained a party in a curtained-off section of the restaurant.

Speaking to Wine & Dine Yorkshire, Whitelock’s head chef Chris Dennett told us about his cooking inspirations, the dishes he has introduced to the pub’s menu, and Whitelock’s enduring success and close affinity with a rapidly changing modern-day Leeds.

‘Whitelock’s is literally older than America. Honestly, in the event of a nuclear war, this would be the last building standing in Leeds. It’s never going away! What Whitelock’s can offer that the city’s newer chain restaurants and fancy, boutique eateries could never replicate, is a genuine sense of character, and imprints of Leeds’ yesteryear. No amount of money can buy that.’

Clearly an immensely proud custodian of the Whitelock’s kitchen, Chris’ CV boasts several other Leeds gastropubs – including head and sous chef stints at both The Midnight Bell and the White Swan. But as Chris says, nothing can quite compare to preparing food for the Whitelock’s clientele, purely because of the pub’s vast history.

‘It’s a real honour to not only run the kitchen at such an illustrious establishment, but to also be able to put my own stamp on the menu, and the food that we serve. Considering the many great chefs that Whitelock’s has been blessed with over the years, it’s such an amazing opportunity, and my only wish is for the place to continue to thrive for another century or two!’

In keeping with the pub’s proud, regional roots, the Whitelock’s menu is, without doubt, quintessentially Yorkshire. The menu’s starter range includes pan-fried Yorkshire asparagus with garlic, homemade bubble and squeak scotch duck egg (Chris’ vegetarian alternative to the pork and black pudding version also on the menu), and Yorkshire chorizo with mint and peas – which is also pan-fried. But Chris’ most glowing endorsement of the Whitelock’s starter menu – one that is understandably a little biased – is in relation to his very own dish: the jam-jar prawn cocktail.

‘What can be better than sitting in a relaxed beer garden on a hot day with a pint of local cask ale and a jar of grilled prawns? It’s marinaded in smoked paprika and extra-virgin rapeseed oil, and served on a bed of baby gem lettuce and cucumber ribbons. So it’s very much a modern twist on an old classic, and one of our bestsellers’.

Chris insists that the real challenge of working at Whitelock’s is ensuring its clientele leaves the pub satisfied. ‘As you can imagine, because we’ve been here for so long, the age ranges of our customers varies greatly. But the beauty of that is the challenge of keeping our seasonal menus relevant and contemporary for the younger crowd, while also retaining tradition, and a trace of the pub’s past, for our older visitors. For example, we have so many elderly couples coming to Whitelock’s just for our scotch eggs and coffee, couples that have been loyal Whitelock’s customers for decades, so it’s important that we never forget our origins.’

With a similarly Yorkshire theme, one of the other dishes Chris has introduced to Whitelock’s – for the pub’s main menu, this time – is his Yorkshire Tea-smoked beetroot salad – featuring heritage tomatoes, ginger-infused cauliflower rice, avocado and chilli-garlic soy.

‘The inspiration for this dish came from trying to create an interesting vegan dish that used fresh, good-quality local ingredients, and would also suit the Whitelock’s brand. Cauliflower rice is currently quite trendy in the industry, but to make it more unique, I like to infuse it with ginger. As it’s in season, the smoked beetroot is the easy part. And for a vegan dish that’s quite Asian by nature, with garlic, chilli and avocado, smoking it all with some classic Yorkshire Tea is the key ingredient!’

A keen musician who has performed in various bands around Yorkshire as a guitarist during the last decade, Chris is quick to point out the intriguing similarities shared between music and cooking, ‘Absolutely. My passions for music and cooking go hand in hand perfectly. It might sound unusual to some, but the element of creativity I enjoy when writing music, and playing the guitar, can often be found in my line of work. Whether it’s writing new menus, sourcing unusual ingredients, experimenting with new dishes, or even food presentation, there is a huge creative aspect in cookery, synonymous with music. And whether it’s food preparation or musical composition, if it’s fun, unique and full of passion, you’re doing it right’.

Under Chris’ stewardship, the Whitelock’s Ale House has certainly enjoyed something of a renaissance of late, with customer satisfaction at an all-time high. So if you find yourself at a loose end this summer – or just fancy an escape from Leeds city centre’s manic crowds of retail therapists – Whitelock’s unique range of Yorkshire-inspired gastropub cuisine will have you occupied in no time. After all, they’ve already been here 300 years, so you should probably acquaint yourself with their menu! 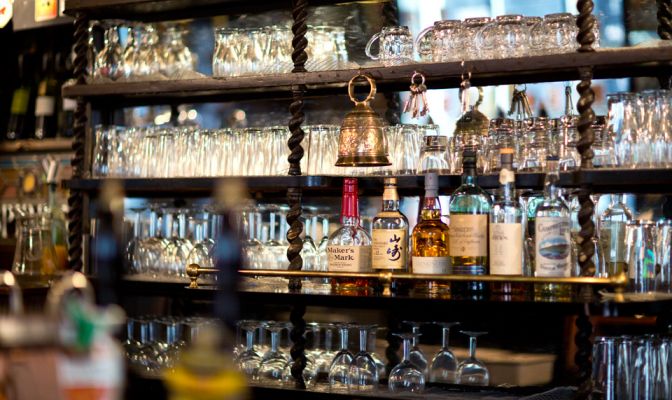 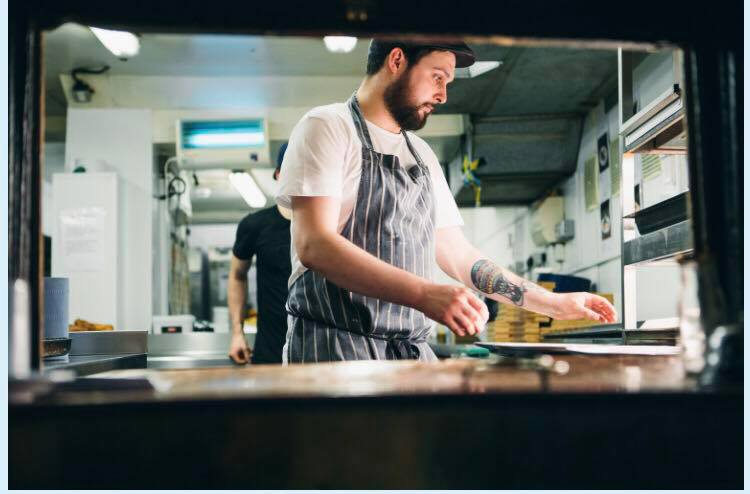 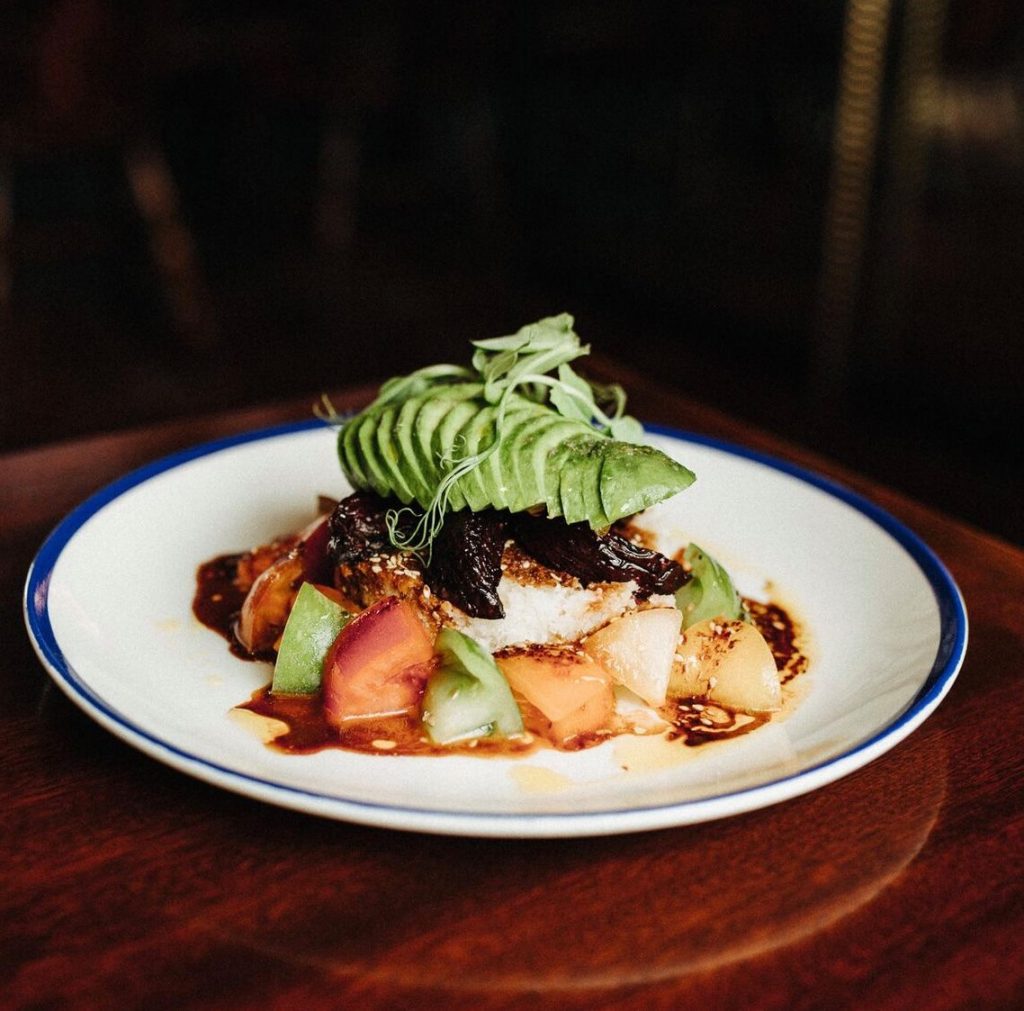 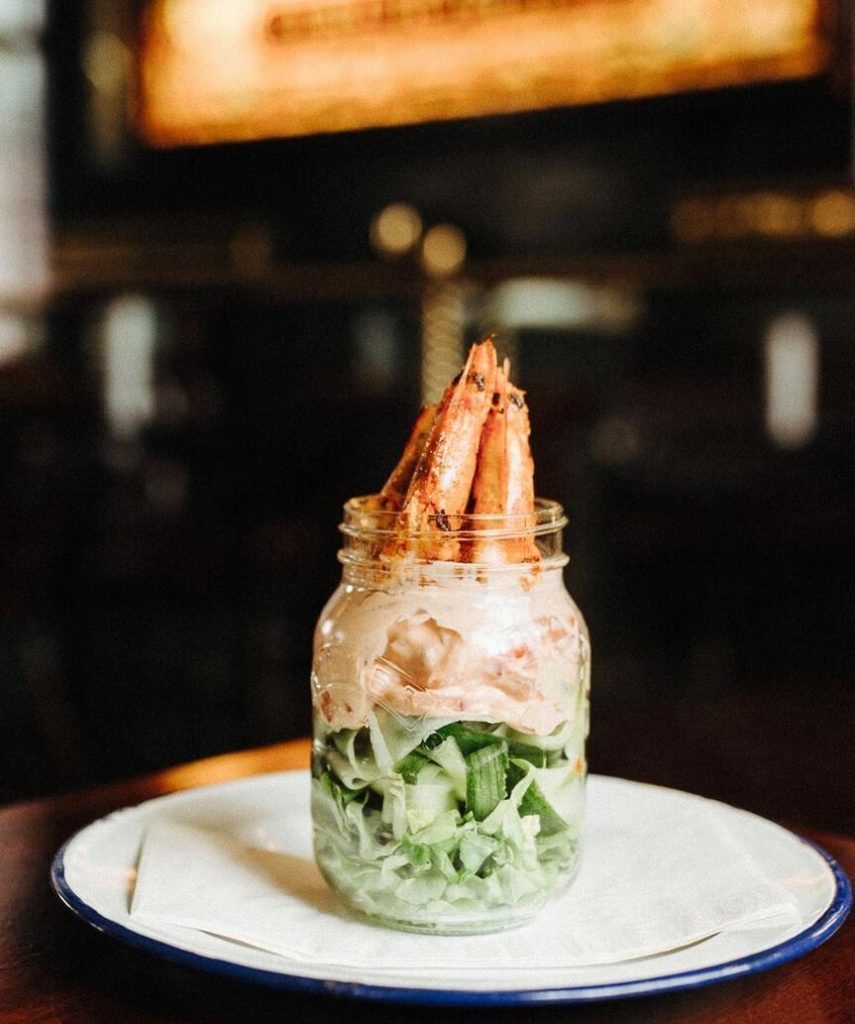