You are here: Home / Spuds, puds and so much more

Spuds, puds and so much more

Wine & Dine’s Liz Powell is pleased to find that it’s business as usual at Spuds & Berries, the farm shop, PYO and restaurant which was cruelly targeted by thieves earlier this year.

I visited Spuds & Berries back in the summer when pick your own season was in full swing, you could soak up the sun with a drink on the patio, and the farm shop was stocked for BBQ season – think flavoured chicken skewers, homemade burgers and locally sourced sausages and steaks.

It’s all a far cry from the run up to the Easter weekend, when thieves broke in and ransacked the premises, making off with stock from the shop and restaurant, smashing bottles of alcohol and throwing fire extinguishers through glass display fridges. Thousands of pounds worth of damage was caused, but owner Ross Marshall and his team defiantly opened up again within a couple of days.

They were overwhelmed by the passion of locals and regulars who turned out to support the team in the most practical way they knew how – by taking their custom to the restaurant and farm shop, which initially ran in a reduced capacity, but was back up to full throttle within a few days.

Now Spuds & Berries is back to doing what it does best – offering high-quality produce in the farm shop, and honest, wholesome dishes in the restaurant – with the emphasis on fresh and locally sourced.
Breakfast is served Monday-Saturday 9am-11am and roast dinners are on the menu every Sunday from 12pm-3pm, with hot roast sandwiches also available. Regular steak, fish and chip and gourmet burger nights also feature, ensuring something to suit all tastes. Afternoon tea is also available.

We visited with children on a sunny Friday teatime, and we had a pleasant couple of drinks on the patio while the little ones had a play to work up their appetites. Children are well catered for here, with an appealing kids’ menu, changing facilities and plenty of space for buggies.

The restaurant was reasonably quiet as we were eating early, and the service was polite and helpful. Our food took quite a while to arrive as we were a large party, but that only served to reassure us that everything was being cooked from fresh, and we were more than happy to sit outside in the sunshine and wait.

When our food arrived, we were glad we had empty stomachs ready to be filled! Our younger diners went for chicken breast bites and fish goujons which arrived with baskets of thick, homemade chips, and a choice of either garden peas or baked beans. The mostly empty plates at the end of the meal spoke for themselves.

As it was Friday, I felt it was only right to go for the fresh haddock and chips, which came with pea puree and a side of doorstep bread and butter and a pot of tartare sauce. The batter was crisp and light and again the portion was generous but not too over-facing.

Another member of our party opted for the fillet steak, which was cooked exactly to his liking and came with chips, salad and a choice of sauce.

Inevitably, although we were feeling pretty full by this point, the dessert board was just too tempting and we couldn’t help finishing off with big wedges of cheesecake and chocolate brownie.

After we’d eaten we had a wander around the farm shop which is always stocked with fresh fruit and veg, meat (including plenty of great BBQ products in the summer months), and a great range of alcohol, including wines, gin liqueurs and Yorkshire real ales. Berries, needless to say, are always in stock throughout the season and there are often good value deals on such as two punnets of raspberries for £1.50.

One of the great things about Spuds & Berries is its location – it couldn’t be easier to find and there is plenty of parking. Just look out for the big grey sign by the side of the A63 Hull Road between Selby and Howden. Stop off next time you’re passing, even if it’s just for a cuppa and a slice of cake – we don’t think you’ll be disappointed. 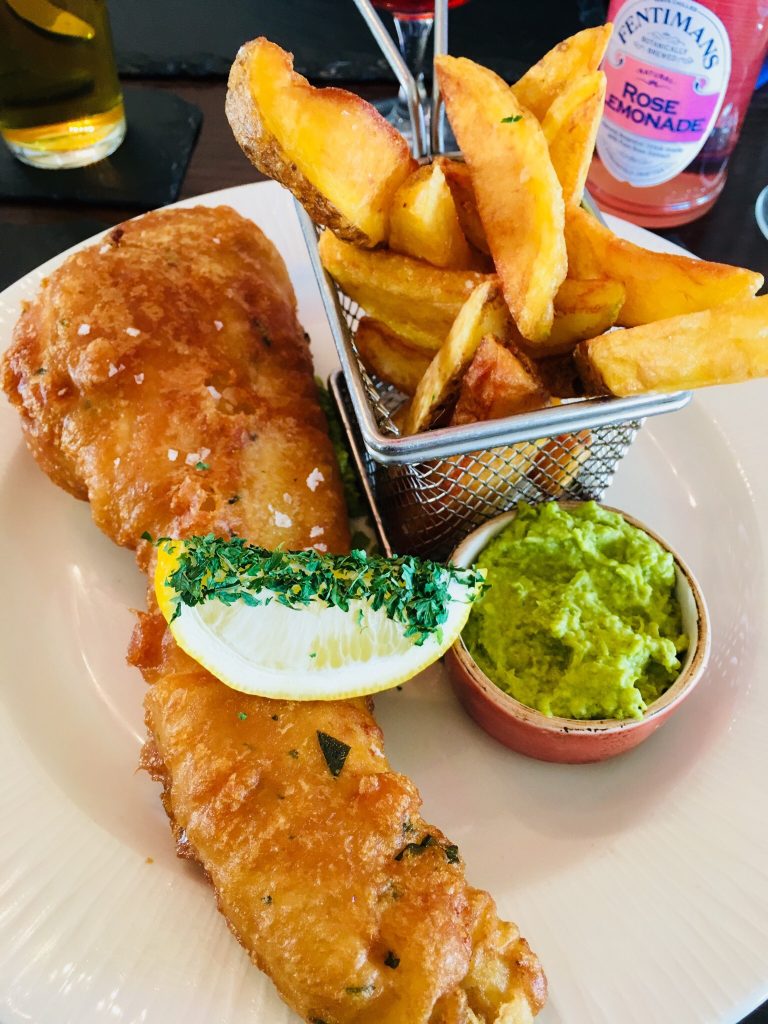 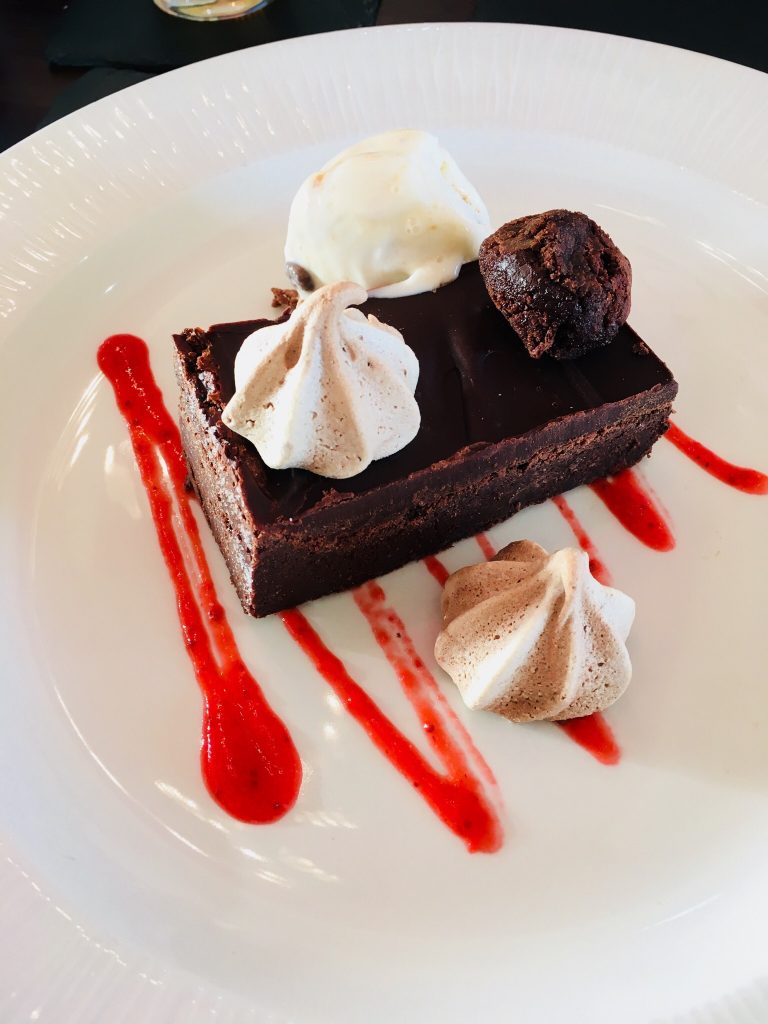 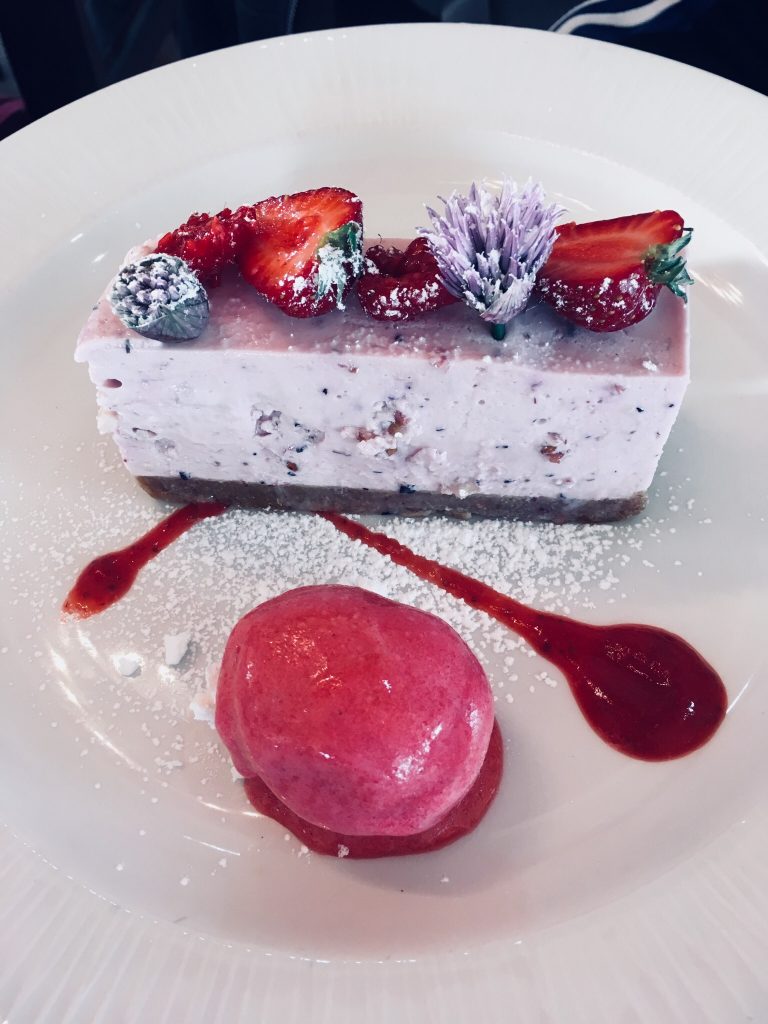 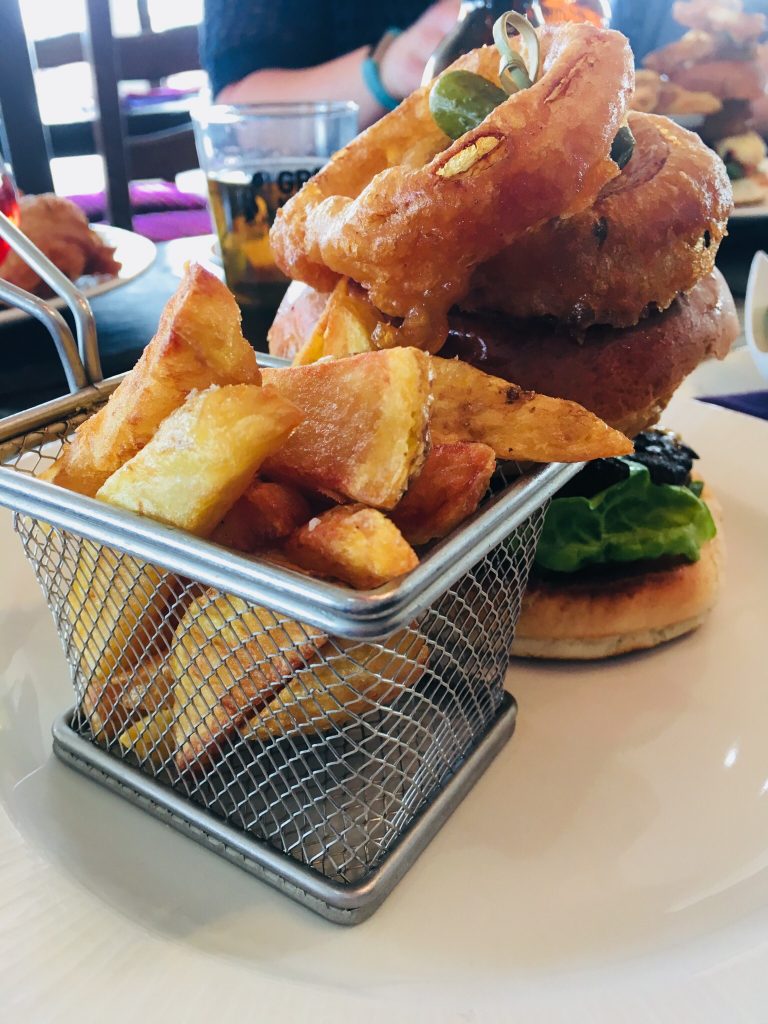