You are here: Home / alerica

A six-course sensation at Leeds’ Iberica

Last week Wine and Dine Yorkshire were invited to the Spanish Restaurant Iberica in Leeds where we were treated to an exclusive six-course dinner, which was all cooked and hosted by the Executive Chef, Nacho Manzano.

Last year Iberica celebrated their 10th anniversary, and in spring 2020 they will be announcing a brand-new menu that will reinvent some of their most-loved dishes.

In anticipation of this exciting shake up, Iberica’s Executive Chef Nacho Manzano flew over to England to cook and host the exclusive dinner in Leeds, giving us the chance to preview some of the brilliant dishes he will be adding to Iberica’s menus. And they certainly did not disappoint!

Wine and Dine’s Becki Liddle and her friend Tracy Turner attended the dinner on Thursday 13th February, which turned out to be quite the food frenzy…

This was an opportunity we could not pass up, as we knew that a chef flying from another country to cook a six-course meal meant serious business! Upon arriving in Iberica we were greeted and taken through to the bar area where we were given a glass of Emilio Martinez Brut Asturias, which is a Spanish cider imported specially by the restaurant itself, that you can’t buy anywhere in the UK or even online by the looks of things!

One of the first things we noticed was the huge selection of wines, soft drinks, cocktails and mocktails the drinks menu had to offer. We also noticed that the staff were all very presentable and polite and they all had a great knowledge of the food and drinks that the restaurant served, which was handy for us as a lot of the menu was Spanish.

We were also impressed by the turnout of the restaurant for a Thursday night, which was very full with not even a single empty seat in sight.

We sat down at the bar to enjoy our first few drinks and found that the music really complimented the restaurant; it wasn’t too loud, and we could still talk to each other without shouting above the volume.

For our next drink Tracy opted for another glass of the cider, and as for myself — a virgin sangria, which had lovely flavours and was served with fresh fruit.

Shortly after our welcome drinks we were seated at our table where we were pleasantly surprised with some appetisers including Jamón, Bread, and Olives which were paired with Tio Pepe En Ram; a Spanish sherry.

Once everyone was seated and comfortable, Chef Nacho Manzano came out to greet us along with his sous chef/interpreter who proceeded to explain that they were going to be presenting us with several dishes, both on and off the regular menu.

The first dish that came out was a ‘Tomato’ dish which consisted of fresh tomato, dried tomato, caper berries, avocado, seaweed, tomato water and basil oil emulsion. This was delicately paired with the ‘Seasonal Vegetables’ – a light and refreshing dish of pickled vegetables which we were informed by a member of staff was a celebration of excellent, quality Spanish produce. The two dishes were presented beautifully and tasted lovely.

The chefs then emerged excitedly with our next courses, one being delicious roasted leeks soaked in an oil made from the green leaves, served with horseradish and toasted almond emulsion. The other was griddled aubergine steak glazed with an 11- vegetable stock, which had been slow cooked for 8 hours, served on a bed of mushrooms and garnished with walnuts and rocket dressing. These two dishes were divine and we would highly recommend them, especially paired with Rosa Cusiné Cava Reserva.

Every time we were served another dish the two chefs were always on hand to explain to us what we were being given and the staff were quick to answer any questions we had, showing their knowledge and expertise. This was extremely helpful and also a really lovely touch!

One of the next dishes was sautéed enoki mushrooms, cuttlefish and squid ink sauce. This is one of chef Manzano’s signature dishes, and we could definitely see why! Next was beef meatballs served in a cheese sauce, which we were told was made from a recipe dating back to the 8th century… the sauce was incredible and really complimented the meatballs.

The last savoury dish served to us was ‘Cabraroca’ which was a whole cobra redfish, fried in a light crispy batter. This is a signature dish from the menu and was absolutely delicious. All of the dishes were paired with either Moli Dels capellans (white wine) or Joven de silos (red wine) which, the staff were able to advise which they personally would recommend with each unique flavour.

The final dish to come out was a dessert named ‘Textures of chocolate’ which was an exquisite fusion of chocolate ganache, chocolate sponge and chocolate icecream, presented beautifully and paired with another sherry, Matusalem.

The entire evening spent at Iberica was a wonderful experience on so many different levels. We were never without a drink, the staff took wonderful care of us and were very friendly and hospitable, the atmosphere was wonderful and the restaurant itself was all round just a beautiful place to be. And of course not forgetting that the food was simply sensational from start to finish!

We highly recommend Iberica if you ever find yourself passing through Leeds, and you won’t be disappointed by the new menu, which has been crafted by Nacho himself using inspiration from Spain and his beloved two Michelin-starred restaurant, Casa Marcial. 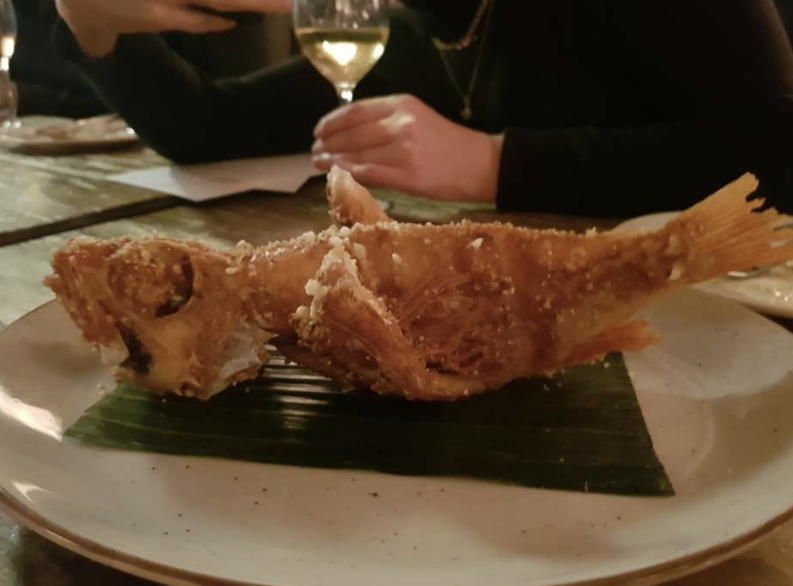 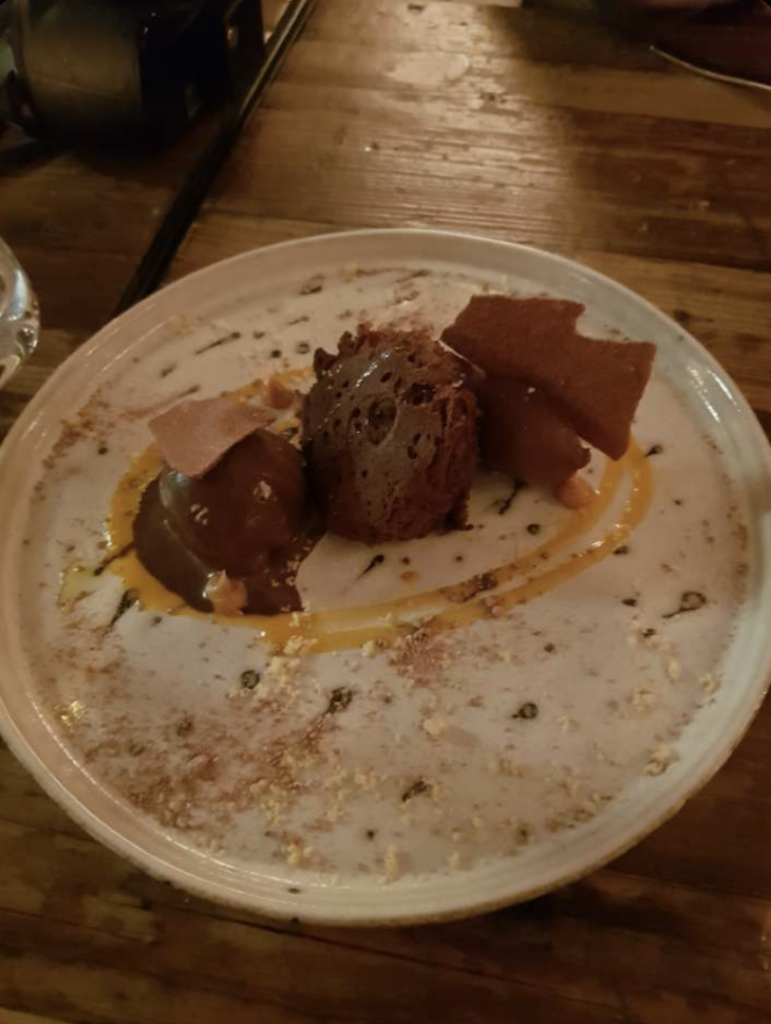 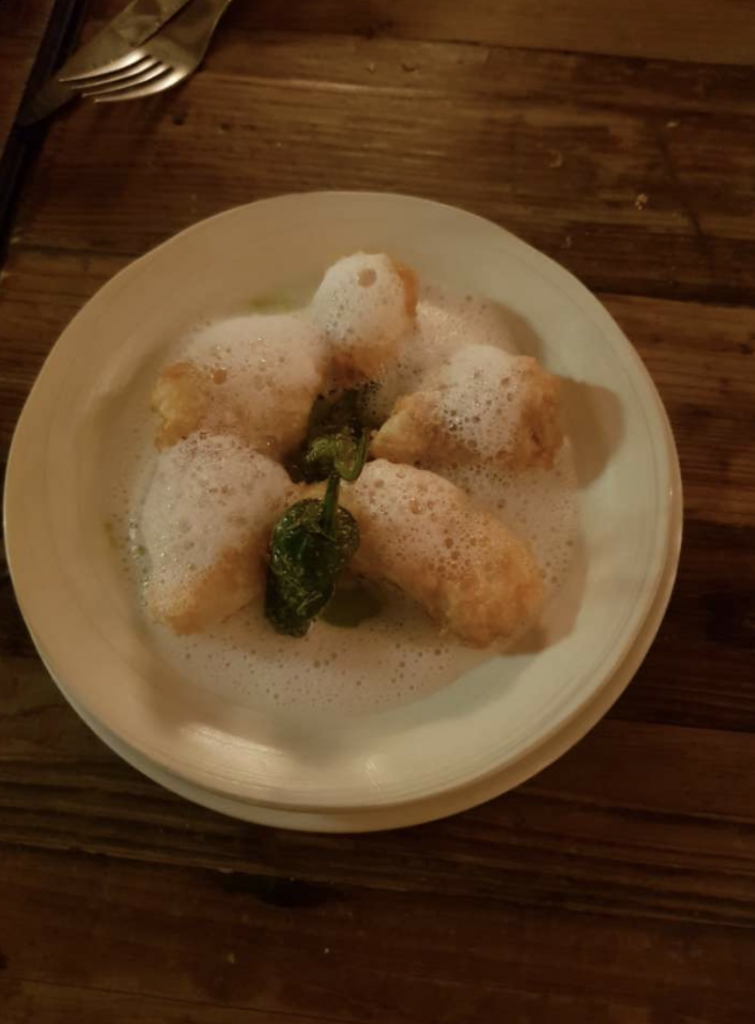 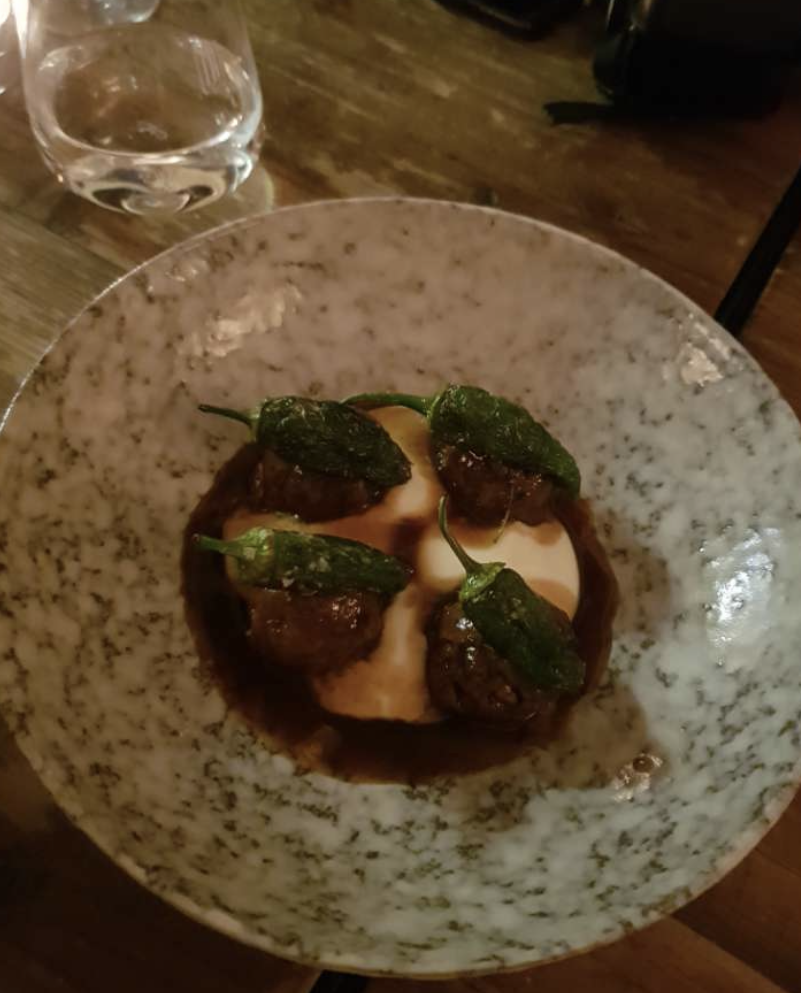 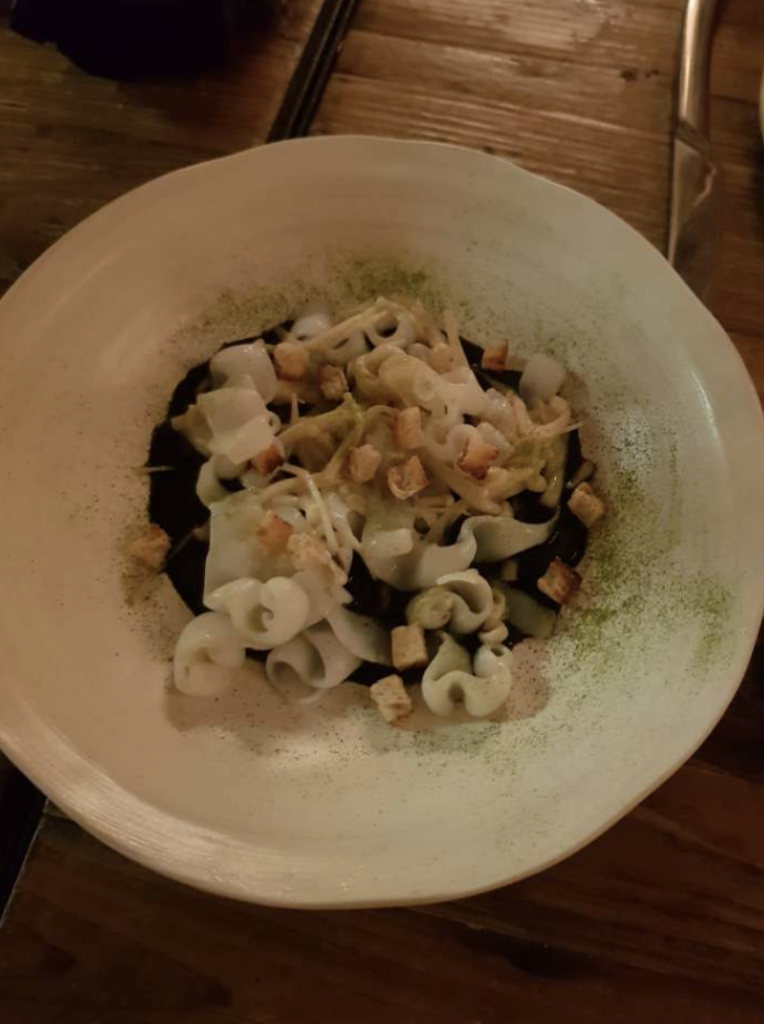 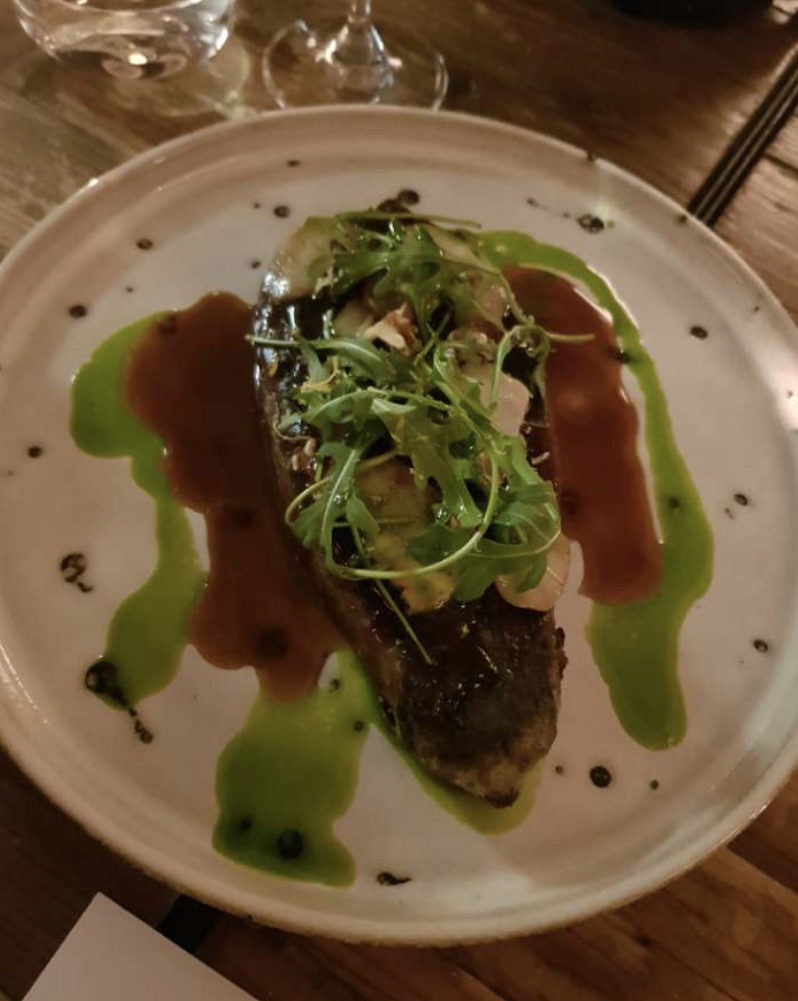 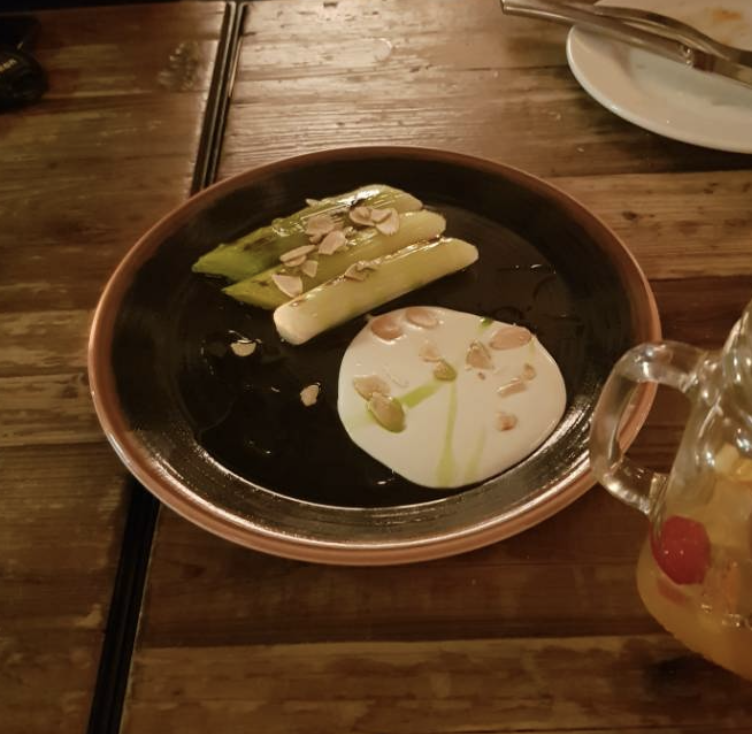 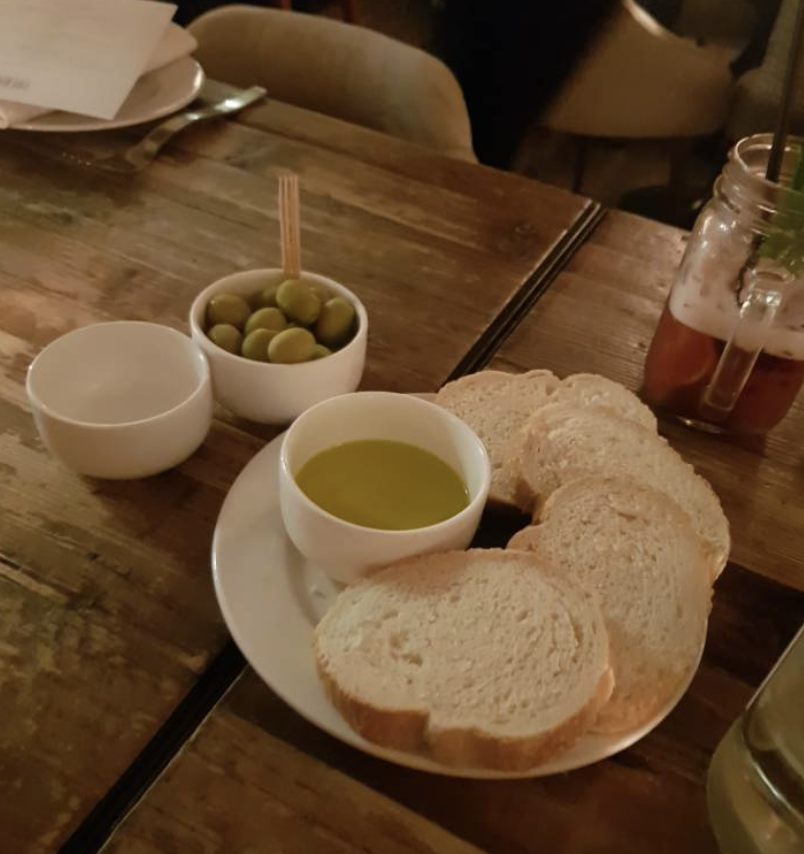 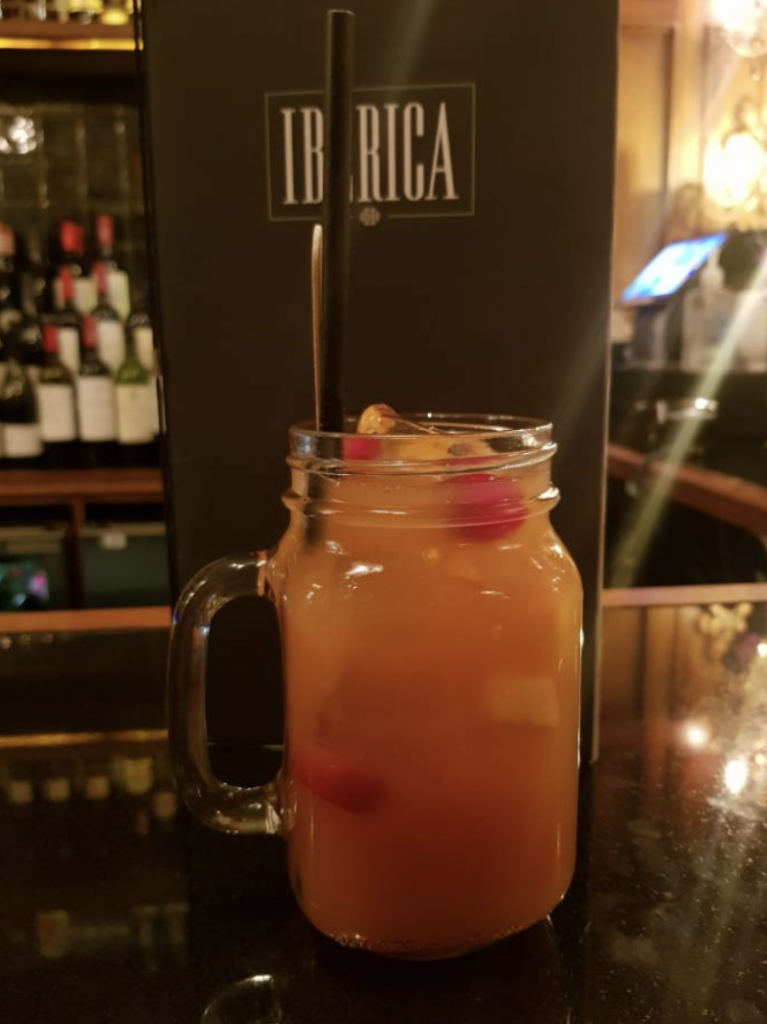 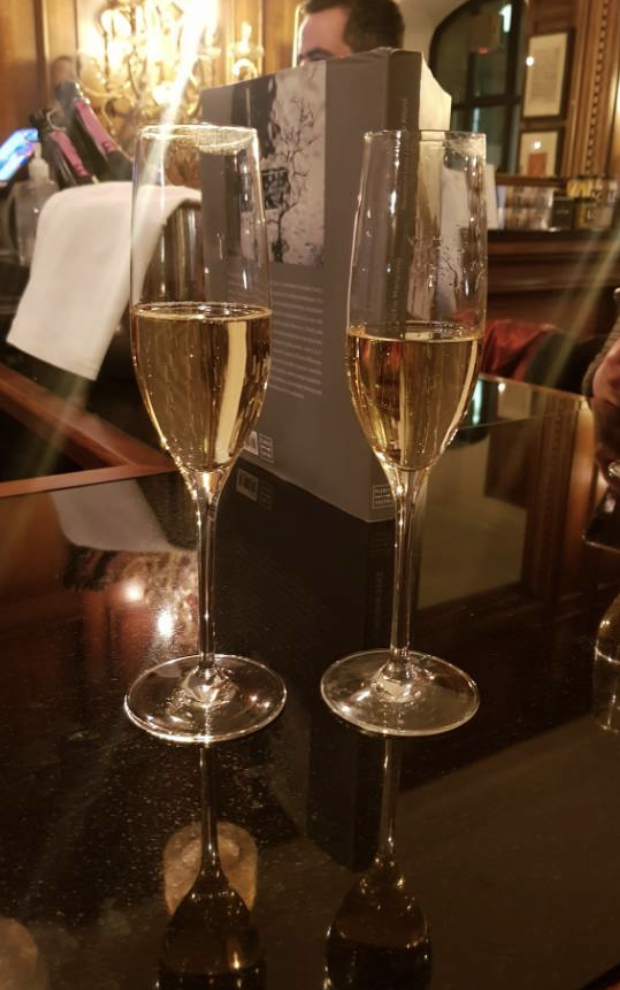 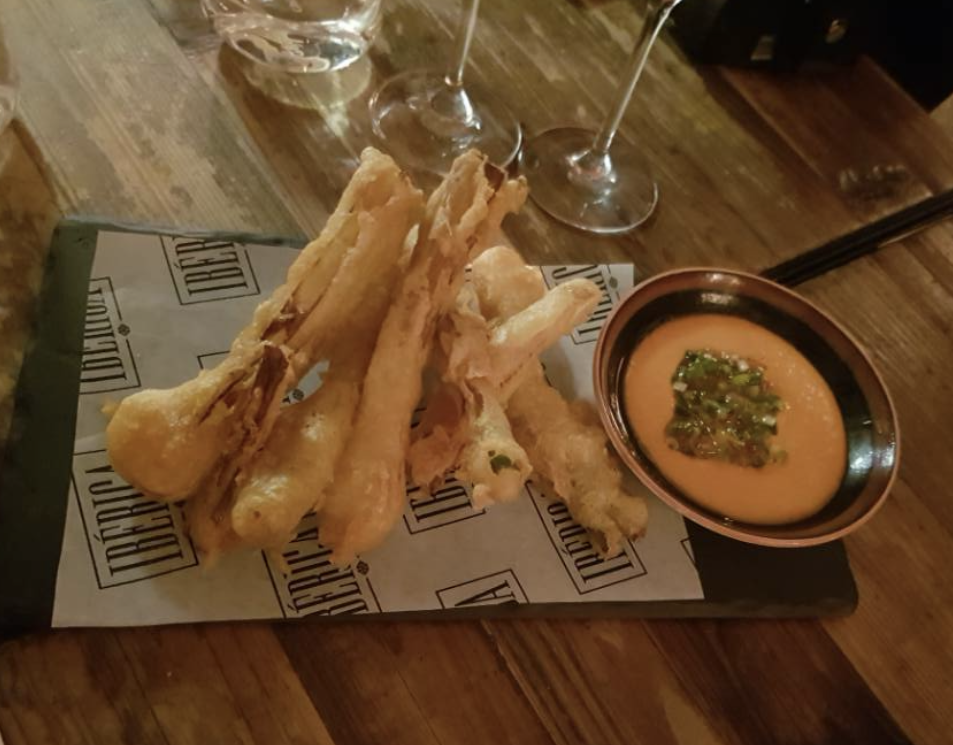 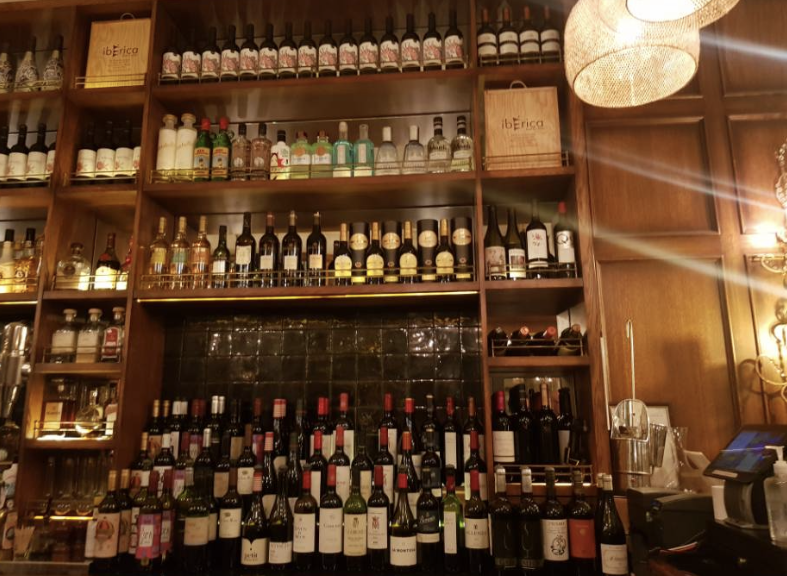