You are here: Home / flora rider

At just nine years old, Flora Rider has triumphed over thousands of entries in the 2021 Homemade Marmalade Awards, receiving the Best-in-Show Award for her Seville Orange and Orange Blossom Marmalade. She beat entries from over 30 countries around the world, including Canada, Australia, Japan, Kuwait and Brazil, all from her family home on the Isle of Wight.

A first time marmalade maker, Flora and her family, like so many in the UK, decided to get creative in the kitchen during the winter lockdown – with phenomenal results! Her entry absolutely bowled over the judges and was unanimously declared the winner, not just of the Children’s category, but of the whole competition.

Flora’s winning marmalade has been carefully replicated by artisan producers Thursday Cottage and will be sold at Dalemain Mansion and in Fortnum & Mason’s iconic Piccadilly store, as well as at fortnumandmason.com and Fortnum & Mason stores in the Royal Exchange, St. Pancras, and in Hong Kong. 50p from the proceeds of each jar sold will go to Hospice at Home, the key beneficiary of the Awards.

Flora Rider says: “I really enjoyed making marmalade for the first time back in January. It was such a fun activity to do during lockdown. I enjoyed shredding the peel and filling the jars but best of all I enjoyed eating the finished marmalade! I liked the thought of adding flowers to my marmalade and so using orange blossom seemed like a good idea. The taste of the marmalade was very nice with a lovely floral and honey flavour. It made me feel happy and my marmalade looked like a little pot of sunshine. I’m so excited to have won the Marmalade Awards and help raise money for Hospice charities.”

For over fifteen years, tens of thousands of marmalade jars have been judged at Dalemain. However, the 2021 Marmalade Awards almost never happened, owing to the third UK coronavirus lockdown. But founder Jane Hasell-McCosh was determined to continue with the competition. She says: ‘The Awards bring such happiness to thousands of people every year, and even though we clearly couldn’t have a Festival as usual, it seemed so important to continue with the competition. It creates such a wonderful sense of community all around the world, as well as giving people something fun and creative to do during a difficult time. I discovered marmalade making as a child with my mother and I am delighted that our winner has done the same, and at such a young age – the future is clearly very bright for marmalade!’

The popularity of marmalade making was clear in the record number of entries this year – over 3000 in total – and especially in the popularity of the Rathbones First Timers’ category. The hundreds of newbies marmalade makers also included Rathbones employees, who rolled up their sleeves and had a go, sending their delicious jars to Dalemain.

As well as amateur marmalade making, the Awards are also hugely important to hundreds of Artisan producers, whose small businesses have been hit by the pandemic. The Awards are proud to champion quality marmalade making, and the Double Gold winners this year represent the very best in artisan preserves around the world.

The winner of the best Savoury Marmalade is Božena Králová from the Czech Republic, with her exquisite Spicy Orange Marmalade, while the best Traditional Marmalade hails from Nairn in the UK, where Katrina Ashford makes the mouth-watering Speyside Whisky Marmalade. The Japanese have once again proven triumphant, and Yoko Kawara has taken the prize for the best International Marmalade with a sublime Yuzu marmalade. All of the Double Gold winners are also available to purchase at Dalemain and Fortnum & Mason.

The resilience and positivity of this year’s competition was celebrated with the announcement of the winners at Dalemain’s annual Plant Fair, which went orange for the occasion. Flora’s winning marmalade was ideal for the ‘floral’ feel of the day, and organisers hope it will be the perfect accompaniment to a gorgeous summer ahead. 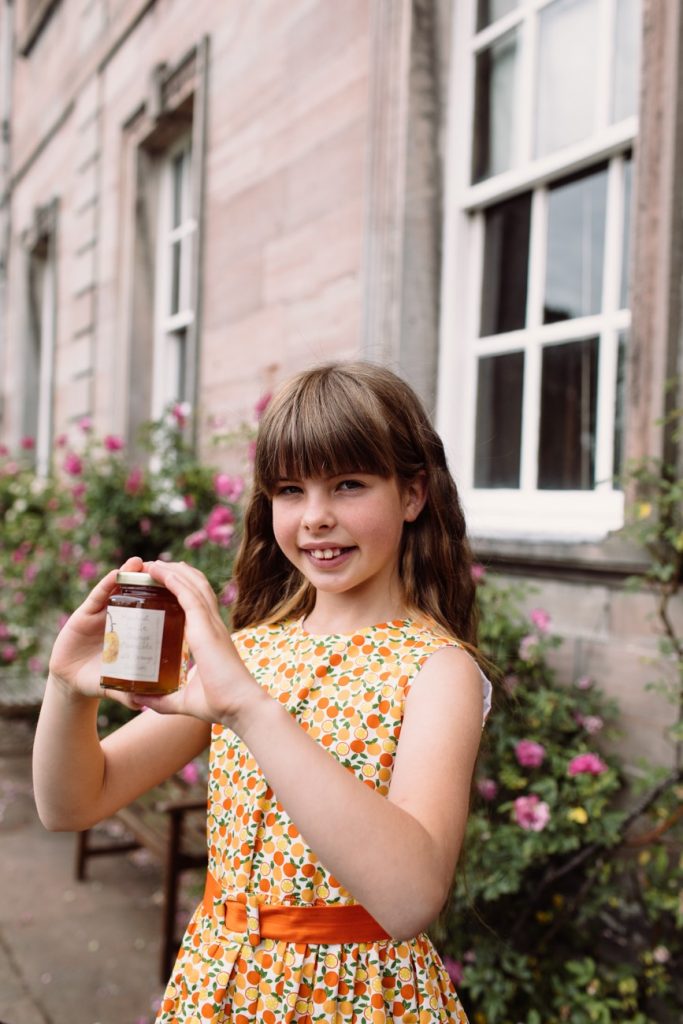