We chat to TV chef Joe Hurd about his journey from Hull to our television screens. With television appearances on Saturday Kitchen, The Saturday Show and more, Joe Hurd is fast becoming the new rising star of our nation’s cooking shows. But where did it all begin for the East Yorkshire-born chef?

Growing up as the blue-collared son of a sailor in Cottingham might not seem like the most obvious route to cooking for the stars on live television, but Joe Hurd credits much of his success to exactly that.

‘My dad had sailed round the world a fair few times when I came along. He had been lucky to eat across the globe, from chicken feet in China to the gumbos of the Louisiana Bayou and everything in between. He had learnt to cook at sea too, from the Chinese crews, so had a pretty keen palate for a man who grew up in Hull in the 60s/70s.’

It wasn’t just a father sailing the seven seas that had such an impact on the young Joe. His maternal great-grandparents emigrated from Calabria, Italy, before the First World War and brought much of their rich culture with them.

‘My Italian grandpa had been a market gardener and still had an allotment and some land behind his house where he would grow tomatoes, amazing parsley, onions, courgettes, broccoli, everything pretty much. We spent a lot of time there as children, me and my cousins.’

With Italy in his veins, Joe would spend many a happy hour learning the tricks of the trade, proudly slaving over the stove with Nonna (that’s grandmother to us non-Italians), and it was here that his passion for food was born.

‘My grandma would have us all sitting in her dining room, rolling out sheets of pasta and some would go into ice cream tubs to be frozen for lasagne, others we would cut fresh. It was like a toddler production line. We always ate as a family too. I would have dinner with cousins, aunties, uncles and grandparents around 3-4 times a week and as soon as one dinner ended, the next was being debated, planned and provisioned for.’

It’s no surprise then, that Joe would go on to forge a career in the food industry and complete with his East Yorkshire charm, presenting also seemed to come naturally. He went on to join the Headingley-based startup, studentcooking.tv, where he would present cookery shows and food shopping guides for students, and it was here that presenter Joe was born.

‘Studentcooking was a great project I got involved with while studying at Leeds University. I wanted to go to sea when I left, but kind of got press-ganged into presenting little food videos aimed at students.’

However, with his father’s strong Yorkshire work ethic instilled in him, Joe wasn’t quite done there. London was calling and so Joe made the decision to up sticks and head to the capital. With no job or place to call home, he was fully aware of the risk and work he’d have to plough into forging his career as a chef.

‘I moved to London in March 2013 and started working at Delicious magazine in the daytime, and L’Anima restaurant with Francesco Mazzei in the evening. It was relentless and all the while I was sleeping on friends, floors, couches and inflatable mattresses, but it was great fun.’

For Joe, the gamble – and his Yorkshire – born determination – paid off. He soon found himself being offered a role working on a new Channel 4 series for Heston Blumenthal, an opportunity that would lead to him presenting his first television show for CITV: The Munch Box, a Saturday morning show aimed at introducing children to cooking. From there, the offers began to roll in, with his unique blend of Italy and Hull proving a popular combination. Joe has since featured on Saturday Kitchen and Christmas Kitchen for the BBC, as well as regular appearances on Channel 5’s The Saturday Show.

Despite his rise to fame, Joe hasn’t forgotten his roots, as he was very proud to tell us: ‘Living down in London I am fortunate that I get invited to a lot of top restaurants. I always feel immensely grateful to go, but they don’t do as much for me as a plate of pasta and some cheap wine back home in Hull or with my family in Calabria.’

He’s had the pleasure of cooking for stars such as Jamie Oliver and members of Spandau Ballet, so what do the rich and famous make of his style? ‘I think Tony Hadley was a big fan of the Hull gnocchi which was a twist on my beloved pattie. The pattie and peas from Bob Carver’s in Hull probably beats anything I have ever had.’

Even with all of his success, Joe seems determined to retain the Italian/Yorkshire heart in his food. He prefers to keep it real and celebrate the early influences of his childhood.

‘I hate food snobs. I think the best food is that of the working people. It’s risen from the farms, fields and streets, adopted and well received across a plethora of people across society. Money doesn’t make food taste better, the taste comes from passion, thought, consideration, environment, conviviality and just that simple desire to make yourself or someone else happy. Just long enough to twirl a piece of spaghetti around the fork or pick up and eat a greasy pattie at Hull fair.’

So what’s next for Mr Hurd? ‘This year we are launching the new website where a lot of my recipes and writing will be available, and in the summer months, I will be hosting Jimmy’s Farm festival in Suffolk, before hitting the road with BBC2 Children In Need’s Car Fest.’

Keep an eye out for Joe on your screens this year, and raise a toast to the lad from Hull that made his dream come true. You can follow Joe on Twitter: @JoeHurd5 and Instagram: @joehurdcook, to keep up-to-date with his latest ventures and even try out some of his very own recipes for yourself. 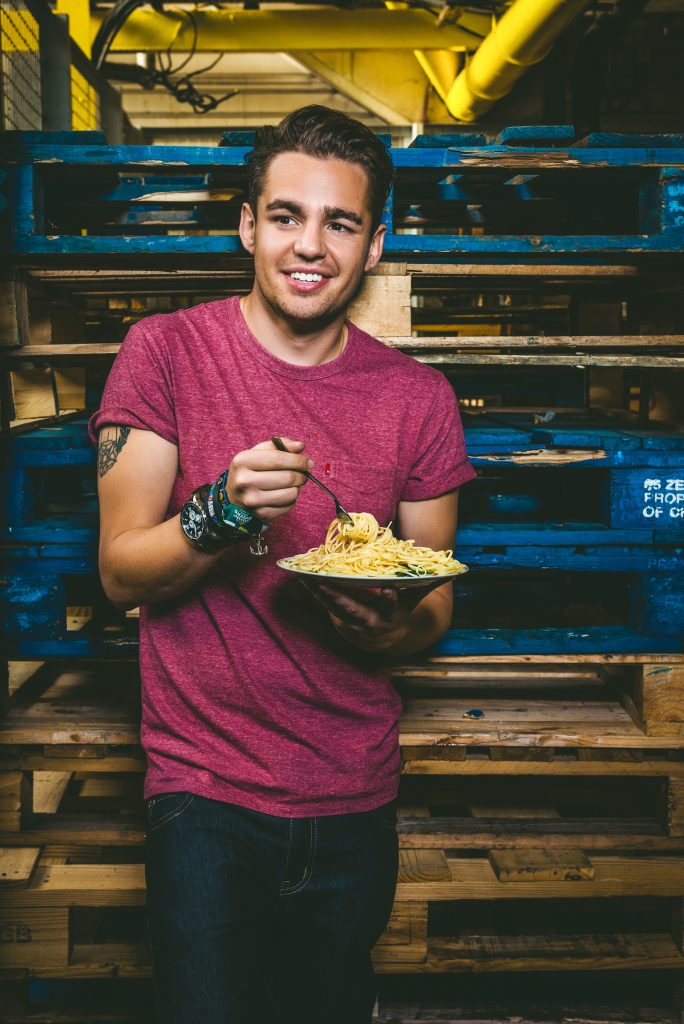 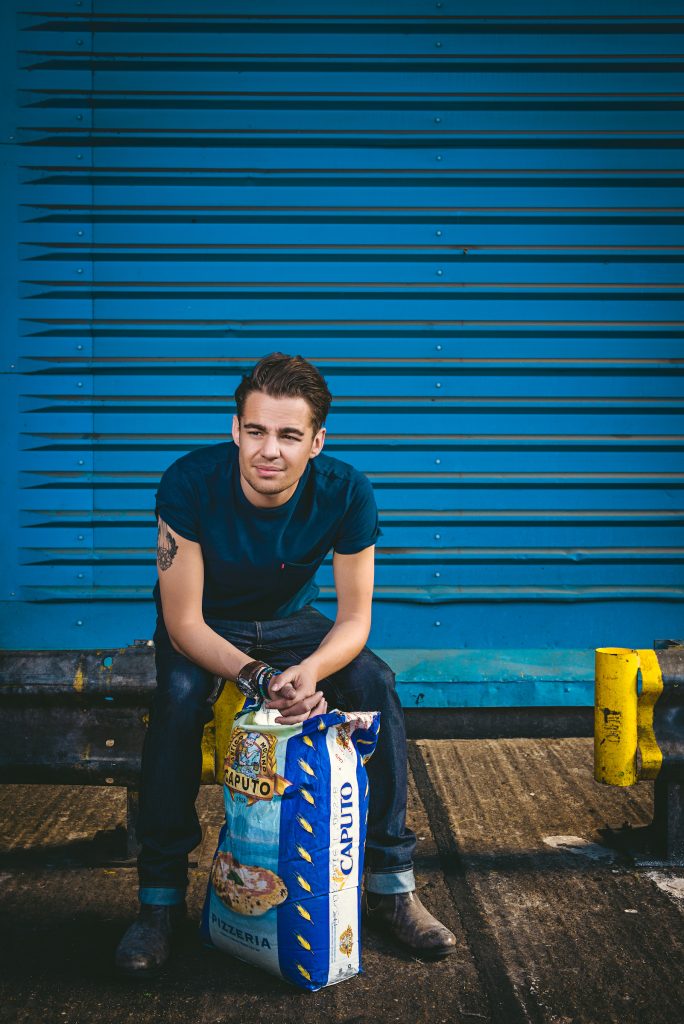 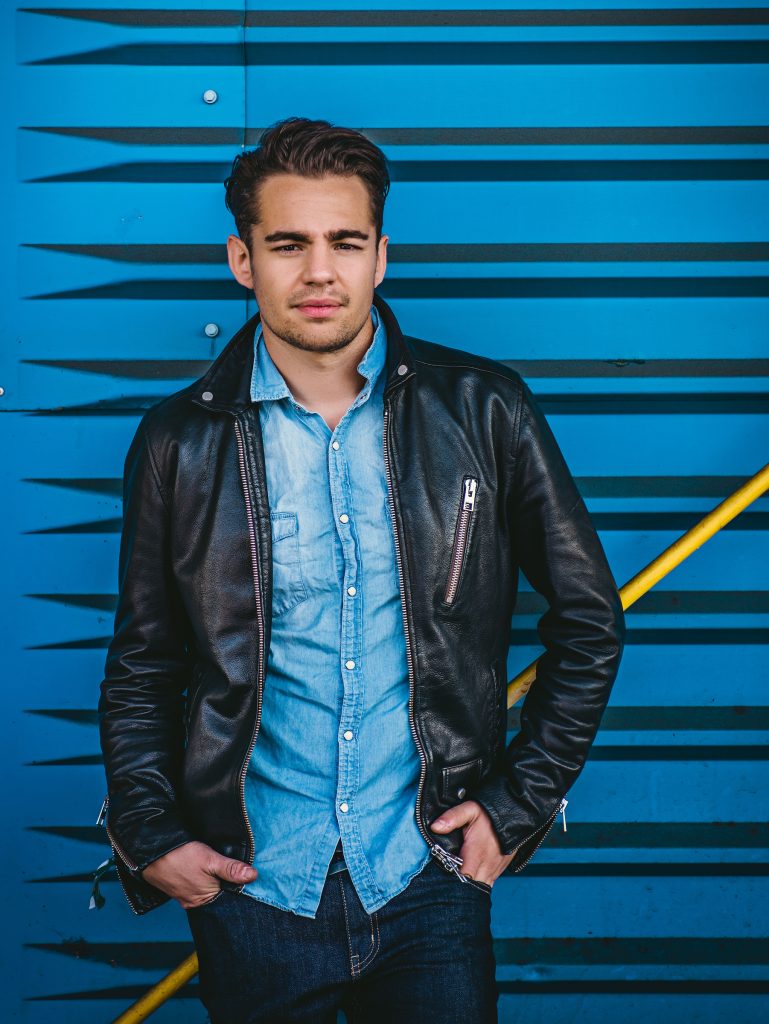