A local catering student named as Yorkshire’s best young chef in the latest ‘Golden Apron Awards’ is excitedly awaiting his prize-winning opportunity, to create a product for one of the UK’s leading supermarkets.

Seventeen-year-old Kurtus Auty, from Selby, had already scooped last year’s ‘Young Seafood Chef of the Year’ award and was also crowned ‘Junior Chef Competition Winner’ at York Food & Drink Festival in 2015, prior to his latest win, the Golden Apron award.

The young ‘masterchef in the making’ is currently studying full-time at Selby College alongside working part-time at the Fat Abbots restaurant in Escrick. Kurtus previously worked at York’s Pavilion Hotel, and as part of his role at Escrick he is also training up junior team members.

The Golden Apron competition is run by James Mackenzie, chef/owner of the Michelin-starred Pipe and Glass Inn at South Dalton, along with the Yorkshire Wolds Cookery School and is open to young chefs aged 14-19 from across the county. The talented young chef beat off fierce competition with his winning dish, herb-crusted fillet of pork, apple and black pudding bon bon, Ampleforth Cider and butternut squash purée.

Looking to the future, Kurtus has his eyes on a placement or two at a Michelin-starred restaurant, as fine dining is his biggest passion. Judging by his staggering success at such an early age, it’s safe to say we think we’ll be seeing a lot more of this talented young man. 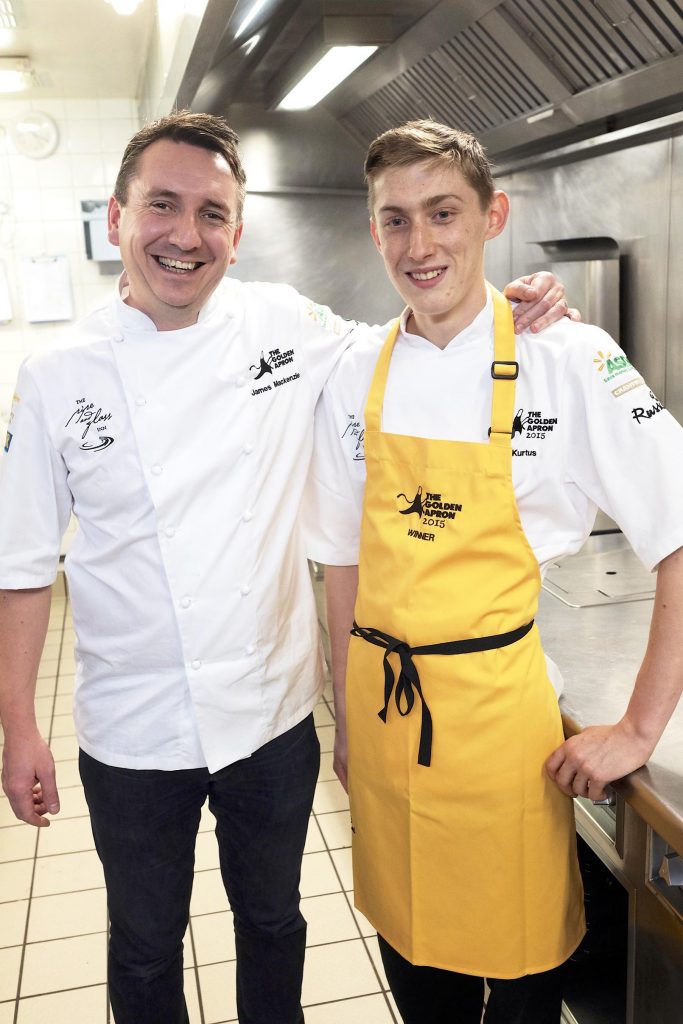 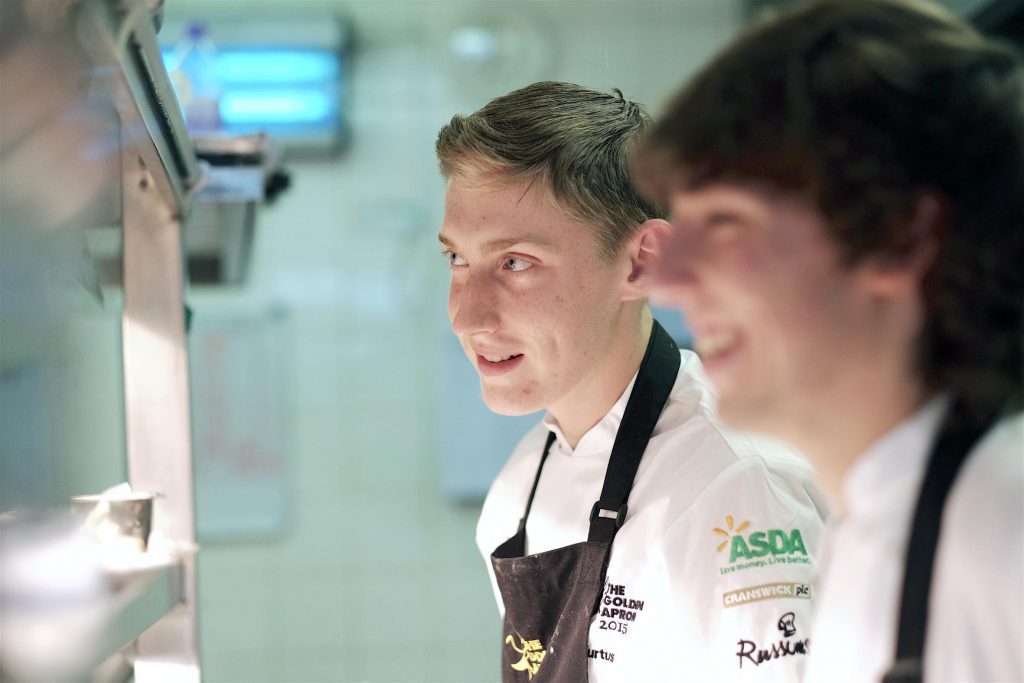 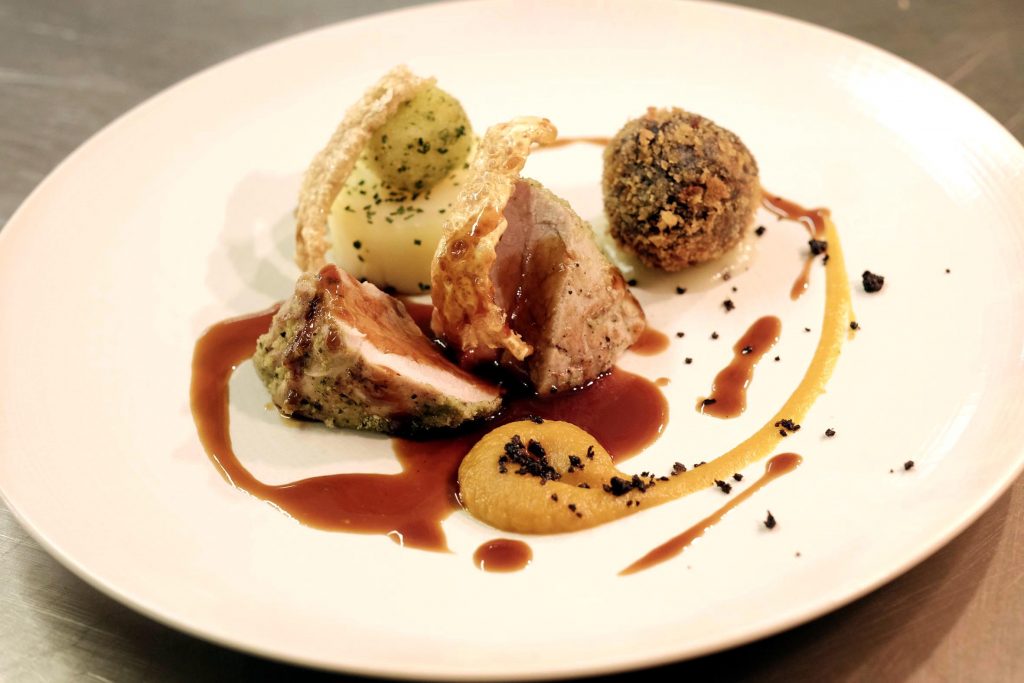 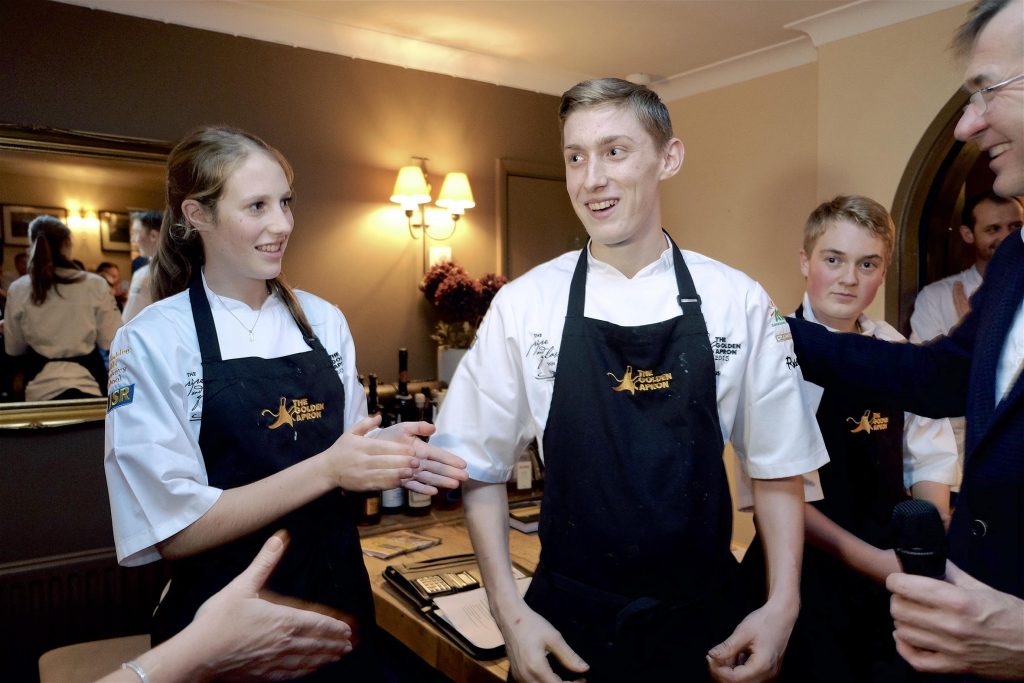